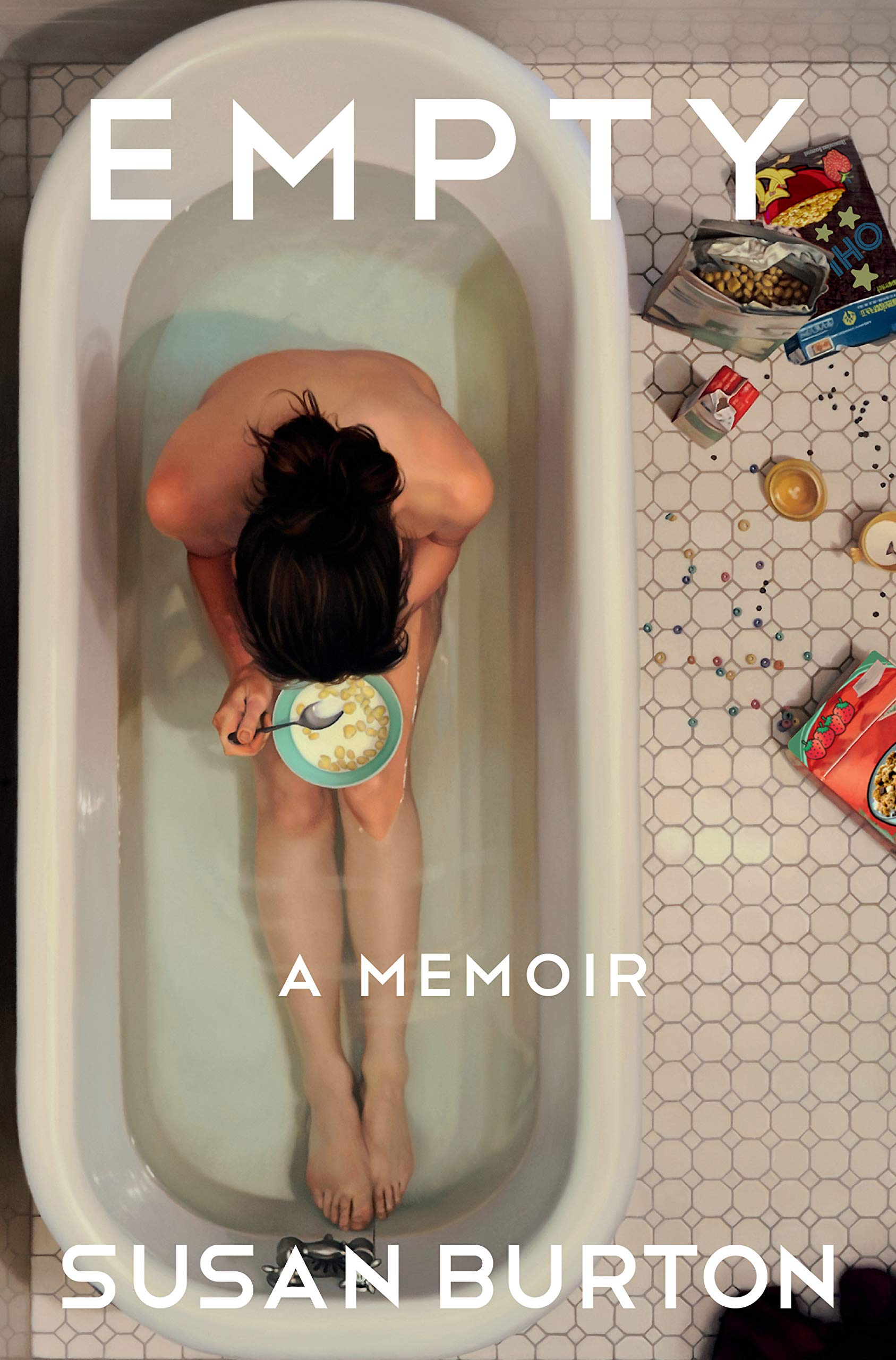 Writing memoir is a process of discovery, yet readers typically feel that the author has resolved the concerns that initially drew them to craft their story. In the opening of

That Burton is figuring out her story as she writes makes her a more vulnerable narrator of her own experience. Her vulnerability can create compassion in the reader, but that compassion is made difficult by Burton’s habitual unkindness to her past self. In the act of writing, she has not yet arrived at forgiving herself. Observing the moments of shame and regret that she still carries can make for painful reading. Not that it’s the author’s responsibility to create a comforting story for the reader, particularly when the book is centered on a harrowing recounting of life with eating disorders.

Before returning to her childhood, Burton begins her narrative while she is a student at Yale University in the pre-internet early 1990s, which was also a time before the popularity of memoir as a nonfiction genre. Although there was a smattering of books on eating disorders, the stories were not nearly as prevalent or available as they are today. The accessibility of information online, and the ability to read deeply about addiction in privacy, have created a different relationship with eating disorders than what was available to Burton when she was a college student. One thing is certain: she would have felt less alone. Knowing that there are others who struggle with the same addictions can be a relief, as decades of 12-step programs makes clear.

Eating disorders are rooted in relationship with one’s body, and one of the unusual aspects of Burton’s story is that she was an athlete from childhood on, creating a layered relationship with her body. Her disordered eating becomes habitual when she is in middle school: following her parents’ divorce, she moves to Colorado with her sister and her mother, vowing to reinvent herself. She recalls returning home from swim practice, eating half a bagel and occasionally a piece of cheese. Then she would wait to eat again because, Burton says, she wanted the feeling of empty more than she wanted food. Making sense of what empty meant to her is part of the book’s project. Pro-ana groups that work to put a positive spin on anorexia cite control as a driving force for disordered eating: if a person feels she cannot control various aspects of her life, her eating may be one of the few ways that she feels personally empowered. Burton’s concept of empty is in part about control, but is also about the psychophysical experience of denial. “I wanted more,” she writes. “But I liked the feeling of less inside – light, relieved, unburdened – and I wanted that more. I wanted the reward for denying my desire more than I wanted to sate it.”

Burton describes her experience with anorexia during high school as having elements of asserting control over her body and her appetite, but also as a way of stepping into the role of a stereotypical teenager: thin, attractive, moving from adolescence into womanhood. For a teenager trying to fit in, the compliments she received affirmed her disordered eating. Another stereotype, the “snacky, chatty teenage girl…an exuberant, carefree girl with appetites,” is the one Burton channels during her first experience of binge eating in high school. From corn chips to ice cream to leftover chicken, she tries to convince herself that her eating is normal for a girl like her, but she knows she will regret it.

The visceral descriptions of Burton’s binge eating are difficult to imagine, yet the specificity of her writing renders the scenes particularly poignant. Realizing that her eating is crossing into a worsening situation, she writes, “That night: scooping granola from the jar, oats falling through my fingers. (Every day my mother must have swept.) Ice cream, scraping the bottom rim of the pint. Clif Bars, which were sweet at first but then were like dog food, just a sticky brown nugget you were shoving in.”

As a person writing about disordered eating, Burton makes an unusual resolution, which is to not disclose numerical information about her weight at any point in the narrative. Part of her rationale is to exclude data that can be harmful to those who are vulnerable to eating disorders. Burton notes that the numbers on the scale mattered, more than she would wish, but her behavior and feelings – both in body sensations and her emotional state – mattered more. In her effort to research binge eating and find memoirs that could create a sense of identification for her, few stories were available. That absence helped motivate Burton to tell more than the story of family relationships post-divorce. How she navigated the bonds with her mother and father are still an important part of

The Unreality of Memory and Other Essays: by Elisa Gabbert

Gabbert’s essays are deeply engaging, full of questions and anecdotes the reader is likely…