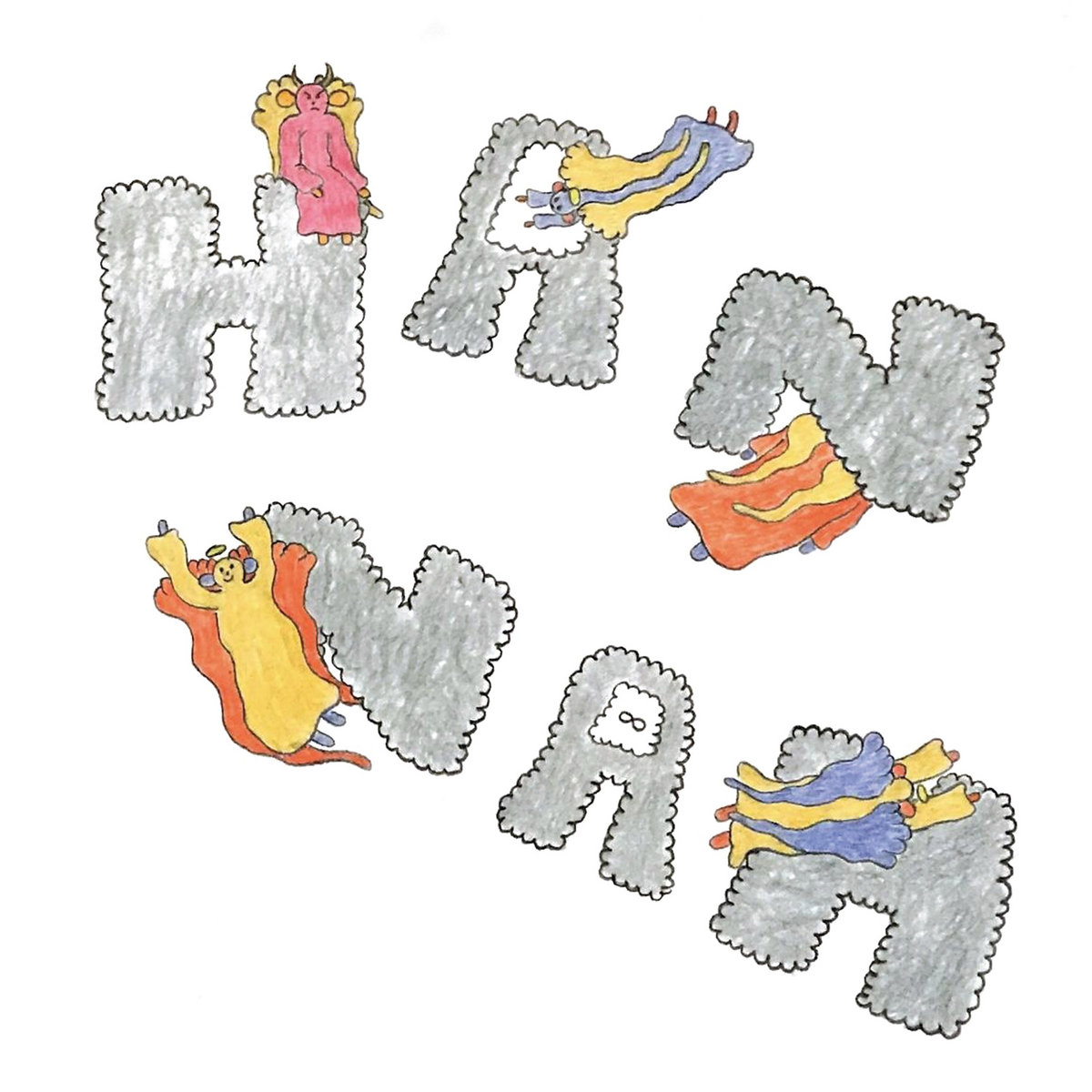 On Lomelda’s fourth album Hannah, memories and regrets and desires mingle together like a series of dreams through a long night’s sleep. Visceral words—“kisses,” “shining,” “blue”—are scattered across the blurred lines between these already loosely structured songs. The unacknowledged stranger in “Sing for Stranger” drifts back into the foreground five tracks later in “Stranger Sat by Me.”

At the center of these shifting scenes is front-woman Hannah Read, who addresses human disconnection with a range of emotions across Hannah’s 40 minutes. Sometimes she’s curious, as in the sleepy opener “Kisses.” She mumbles “Now you look different” after waking up next to a friend whom she kissed the night before. Other times she’s so overwhelmed that she’s on “all fours,” a helpful stranger’s voice asking “Are you okay?” fading from consciousness. What is consistent, though, is Hannah’s tired and confused frustration with herself as she wonders where relationships go wrong.

Read and her brother Tommy’s masterful production immerses us in Hannah’s dreamscape, with flutes, milky pianos and soft acoustics buoying Hannah’s startlingly close voice. It’s a mesmerizing effect that makes us feel like we are Hannah as she addresses herself throughout the record, asking “Am I shining?,” “Why do I try rememberin’ this?,” and “Why can’t I speak?.” And while her misty-eyed crooning and tender guitar lines recall Big Thief’s Adrianne Lenker, Hannah’s aesthetic evokes the romantic isolation of indie movies like Juno and Good Will Hunting. It’s an unoriginal sound, perhaps, in its Elliott Smith influence, but the Reads execute it with dazzling results.

“Hannah Sun” embodies this spirit best as Read’s melancholy strumming and flute-like synths back her exhausted pleas of “Hannah do no harm,” sounding strained and yet barely a step above a whisper. She rattles off locations trying to place a memory, from a “sidewalk in Spain” to Alaska, or “was it Jersey?” Regardless, all these places have a dreary parking lot for Hannah to pass through, as Zach Braff’s character does in Garden State to Coldplay’s “Don’t Panic.”

After a distorted interlude, the heavy “Wonder” follows, recalling Alex G in its repetition and lo-fi feel. Hannah repeats yet another mantra to herself, “When you get it give it all you got, you said,” the baffled frustration of a squandered connection. And if “Wonder” is the anger that follows a break-up, “Polyurethane” is the sadness. Hannah’s most devastating track sees Read sobbing as she watches wood varnish dry, asking “Why do I try rememberin’ this?” as memories of kisses emerge from the silence. Grief resurfaces in the most mundane moments, and with a stunning mix of gloomy piano, twinkling guitar picking and tender multi-tracked vocals, Hannah demonstrates that a break-up is as much of a loss as is death.

The feelings of confusion, broken connections and fragmented memories that are laid out in these first five tracks are reiterated throughout the remaining nine. On “It’s Lomelda,” Read mirrors “Hannah Sun”’s list of locations as she rattles off music artists and songs to which she attributes events from her past. “Stranger Sat By Me” is reminiscent of “Polyurethane” as a quiet moment sends Hannah into a panic attack. The record’s structure is undoubtedly repetitive but hardly redundant, dragging maybe just a track too long with the tired “Big Shot.”

Hannah closes with two strong tracks in “Tommy Dread” and “Hannah Please.” The former builds to a busy climax as Read mashes phrases from throughout the album into a stream of “oh gods” and “all you gots.” It’s like waking up and trying to hold onto all the fleeing dreams from the night’s sleep. All the ideas are there but they don’t make any sense anymore, and all we’re left with is album closer “Hannah Please.” Hannah still marvels at connection, asking “Why can’t I speak?,” and she begs “Come on Hannah, please/ Swear I try, swear I try.” It’s a resolution without revelation, because after losing a connection all you can do is keep going and try again.

While the dark themes and tone of the record are a return to form, Host is completely new …