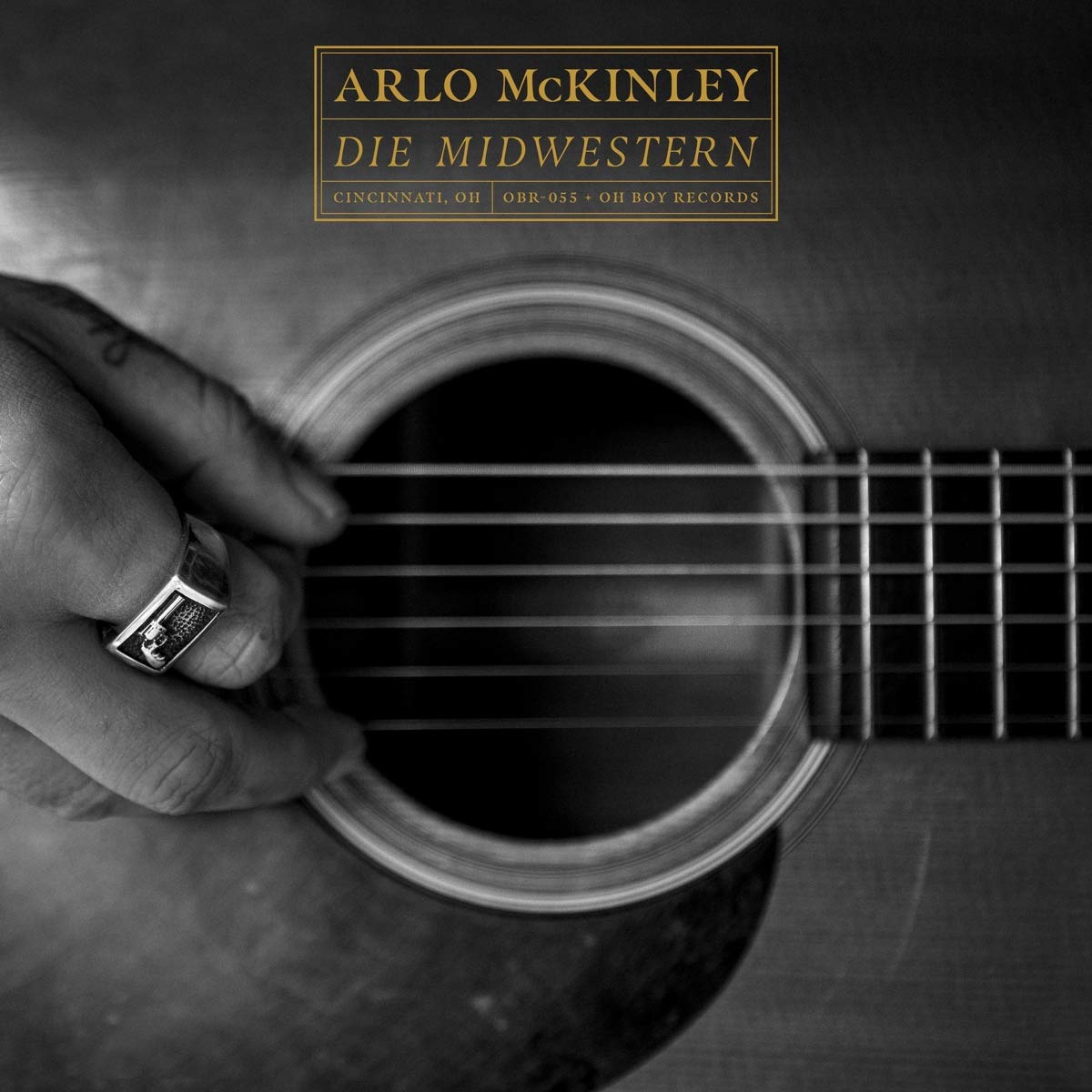 If anything good comes out of John Prine having passed away earlier this year at the age of 73, it will be the elevated profile afforded the release of the debut solo album by Arlo McKinley, the last artist Prine signed to his Oh Boy records. Prine and son Jody Whelan christened McKinley’s “Bag of Pills” a “good song,” the singer-songwriter equivalent of being asked to sit on Johnny Carson’s couch after doing five minutes of your best standup on The Tonight Show. Ushering in success and likely future stardom for McKinley, Prine and son Jody Whelan signed the 40-year-old Cincinnati native to a roster of artists that has long operated on the maxim of quality over quantity.

As Die Midwestern is quick to prove (and Oh Boy Records’ track record has long shown), Prine’s remarks are about as much of an understatement as one could ever hope to come across. Not only is “Bag of Pills” an absolutely fantastic gut-punch of a song (“Life, I don’t want it/ If it’s so easy to die”), it’s merely one of 10 that make up McKinley’s absolutely remarkable album. On the title track, he struggles with the idea of leaving behind his beloved Ohio, realizing that, while it has been the source of all his personal struggles, it has also helped shape him into the songwriter he’s become. It’s a love/hate relationship from which he couldn’t escape if he tried, an existential dilemma facing many a Midwestern native as they watch their friends either get out for good, remain but ultimately burn out (many courtesy of the opioid crisis currently ravaging the area) or perhaps worse, find the kind of life and accompanying happiness to which McKinley can only ever aspire.

“I don’t wanna get high anymore/ I don’t wanna fight anymore/ I don’t wanna settle old scores/ I just wanna come home,” he pleads on closing track, “Walking Shoes.” McKinley is a deeply flawed individual well aware of his shortcomings and what must be done to fix them. A firm adherent to the “write what you know” adage, he culls each song from his life, some of the material stretching back more than 15 years. “Songwriting has to be real,” he says on his website. “I’m 100% putting myself out there, I’m not writing fiction. To me it is just about honesty.”

It’s that brutal honesty that makes his already harrowing songs like “Pills,” “Whatever You Want” and “We Were Alright” all the more so. That he lived his words – delivered in a sort of slightly-accented, everyman nasal, Midwestern twang – makes them hit just that much harder, the songs that much more affecting. “For the first time in a long time/ We were alright,” he sings on “We Were Alright,” recounting a road trip with his girl in which everything appears to be idyllic, only to reach the back half of the song and realize it was all a dream in which he wished he could return in order to avoid the reality of the situation.

Throughout, Die Midwestern sticks with a decidedly Americana/country vibe, but shows off McKinley’s punk roots in the unvarnished picture of life he paints. “She’s Always Around” explores the horrors of opioid addiction, wrapping up the real dangers of falling for the drug-as-woman in a beautifully rendered country love song. “She’s always around/ Hanging out in those dark corners/ ‘Cause she knows the one I love/ Won’t let me hold her,” he sings, eventually coming to the conclusion that, “This will surely be the death of me/ I’ve accepted that as truth/ But the death she brings holds more honesty/ Than the love I got from you.” Oof.

Die Midwestern is a decidedly heavy listen that won’t be for everyone, particularly in a year in which we’re all looking for a bit of escape from the oppressive, soul-crushing nature of our current reality. But goddamn if it isn’t one of the best things to come out of this dumpster fire of a year. Had he lived to see its release, Prine would’ve no doubt been proud of this absolutely stellar collection of “good songs.”

Despite its indulgences in nostalgia, the album sounds very modern and engaging throughout…