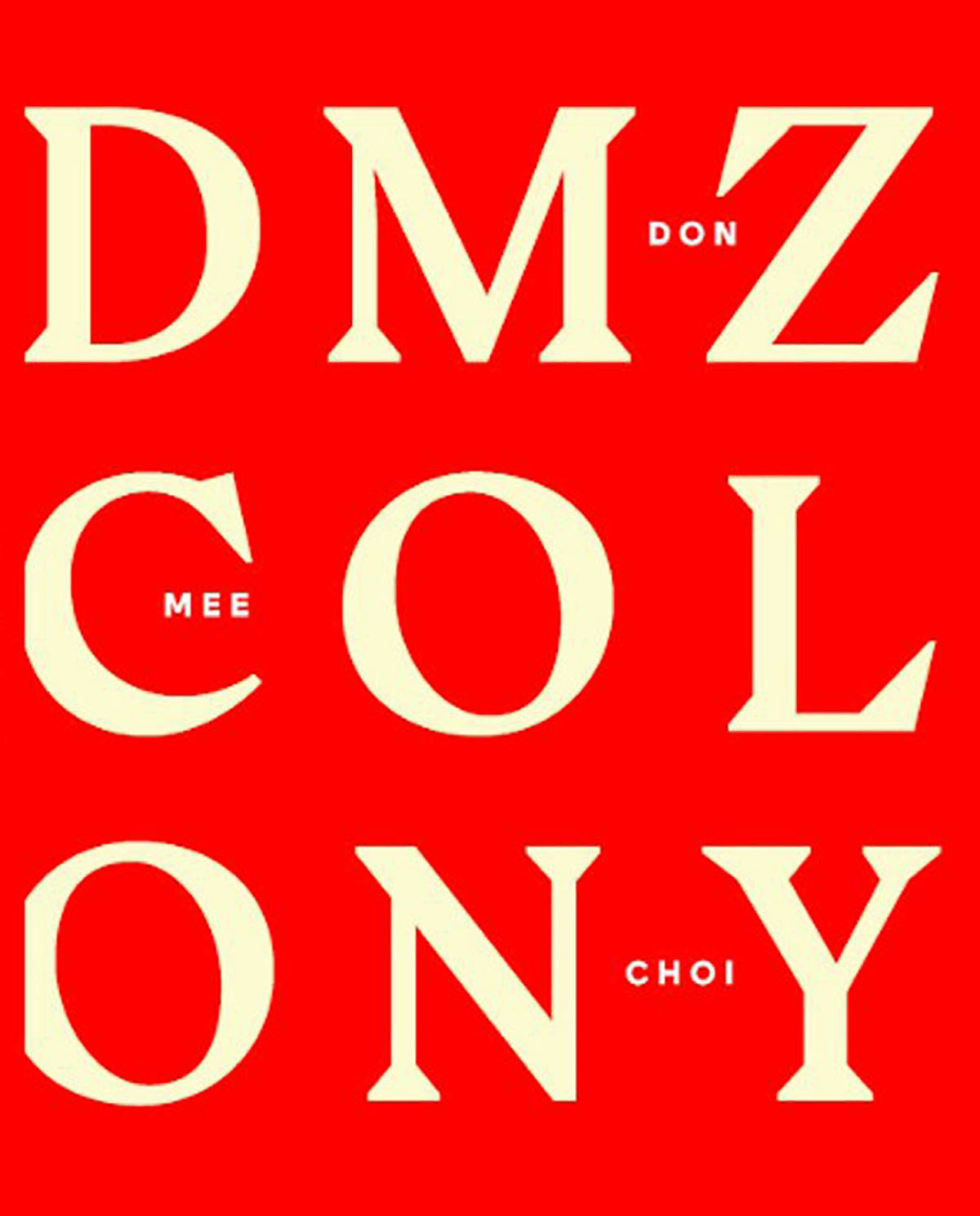 In 1953 the Korean War did not end. Instead, the United States Army, the United Nations Command, the Korean People’s Army and the Chinese People’s Volunteer Army signed an armistice agreement that brought a cessation to hostilities and established the liminal area known as the Korean Demilitarized Zone, or the DMZ. The United States, in exchange for no longer prosecuting a genocidal war in the North – which killed 20% of the population and included carpet bombings of fields and dams and the use, almost certainly, of biological weapons – settled for a series of dictatorships in the South and an occupation that lasts to this day. Don Mee Choi’s DMZ Colony – a hybrid work of poetry, fiction, documentary and visual art – takes as its material the injustice and uncertainty wrought by this “forgotten” war.

Forgotten by whom? Not, of course, those who lived through it and live, still, in its aftermath. In the opening pages, Choi follows the 38th parallel – the dividing line on which the border between the Republic of Korea and the Democratic People’s Republic of Korea is loosely conceived – from the DMZ to St. Louis and back again. This movement mirrors Choi’s own displacement (or double-placement): having grown up in Seoul, she and her family scattered – “like birds,” she writes – across the globe in 1983. “In December 2016, I returned to South Korea. I returned in the guise of a translator, which is to say, I returned as a foreigner.” Choi actually is a translator, having published numerous translations of Korean literature as well as her own work. Her status as both outsider and insider allows her to navigate the strange psychogeography of the DMZ.

And in entering that Zone – a strip of land 160 miles long and two and a half miles wide – Choi brings the reader to Ahn Hak-sop, a man who lives in the Civilian Control Zone, in a village on the South side of the DMZ. If Choi is “the daughter of a neocolony,” than the CCZ is a neocolony within a neocolony. Ahn fought for the North in the war and remains a sympathizer, though he was captured by the U.S. in 1952. Sitting with Choi in December 2016, he recounts the brutal beatings, starvation and tortures he has undergone since then. Choi fragments these, first into long paragraphs of text with phrases connected only by ellipses and then in counterpoint with her own notes. What begins as the visual representation of the act of translation – scanned images of Choi’s notes are mixed in among the text – becomes another translation, from an interview in Korean, to that same interview in English, to a poem. “We knew our position/ economically, politically, theoretically/ Therefore terror came,” writes Choi, channeling Ahn’s memories.

Elsewhere, Choi imagines – from real accounts – the stories of orphans who survived the anti-communist Sancheong-Hamyang massacre. Writing the stories herself, first in Korean, and then translating them, Choi plays further with multiplicity in the text. Later in DMZ Colony, Choi includes scanned pages from an intelligence report on the massacre and is told by an activist who fights to keep these atrocities from fading into an anonymous archive that it is not possible “to count everyone who had perished.”

For the reader who understands Korean, the text must contain all kinds of subtle differences created through translation. But Choi’s translations are not all so literal. She creates a “mirror language” (based, she writes in the notes, on the invented language in Ingmar Bergman’s The Silence) which can be understood by the attentive reader. She translates the theoretical concepts of writers like Louis Althusser into poetic ones and she “translates” the photography of her father – a photojournalist who covered the rise of the military dictatorship as well as the student protests of the 1980s – captioning them and collaging them with other photos in a final section that takes inspiration from Sergei Eisenstein’s theory of montage. And everywhere, everywhere there are birds and wings: a “language of return,” both calling Choi back to the place of her birth and reflecting her artistic and personal migration.

The Scottish Marxist poet Hugh McDiarmid wrote in his epic and fierce polemical poem “The Kind of Poetry I Want” that he sought after “A learned poetry wholly free/ of the brutal love of ignorance.” One could hardly find a better descriptor of Choi’s work. DMZ Colony is a demonstration of a poetry of knowing – all the more so for the ways in which it elides the category of poetry altogether, recognizing that no one genre can achieve Choi’s desired effect. But it is also a book that is brutally honest about what cannot be known, about the limits of the languages, about the need for new ones. Choi writes, “translation is a mode= Translation is an anti-neocolonial mode.” Translation cuts across the hierarchies geopolitics, of imperialism and (neo)colonialism – eliding the borders that seemed so strict before and creating a kind of third language.

In a way, DMZ Colony could be seen as a companion to Vincent Bevin’s recent book The Jakarta Method, which charts the systematized and codified brutality of “anti-communism” across the so-called Cold War. But that’s the problem with language, the Cold War wasn’t cold at all for most people outside of the United States and Western Europe. Choi writes that “language – that is to say translation – always arises from the collective consciousness.” Choi seeks not just to undo collective ignorance, but to write in a language that can both reveal the ideology behind something like the “Cold War” or the “Korean War” and combat what is found there. It might be understood, then, that World War III has already happened, it just probably didn’t happen to you.

This, too, is an act of translation, one which Choi urges the reader to undertake along with her: “Translate, translate! Did you? Do it again, do it!”