January 18, 2021
Home Music Everything Everything: Re-Animator 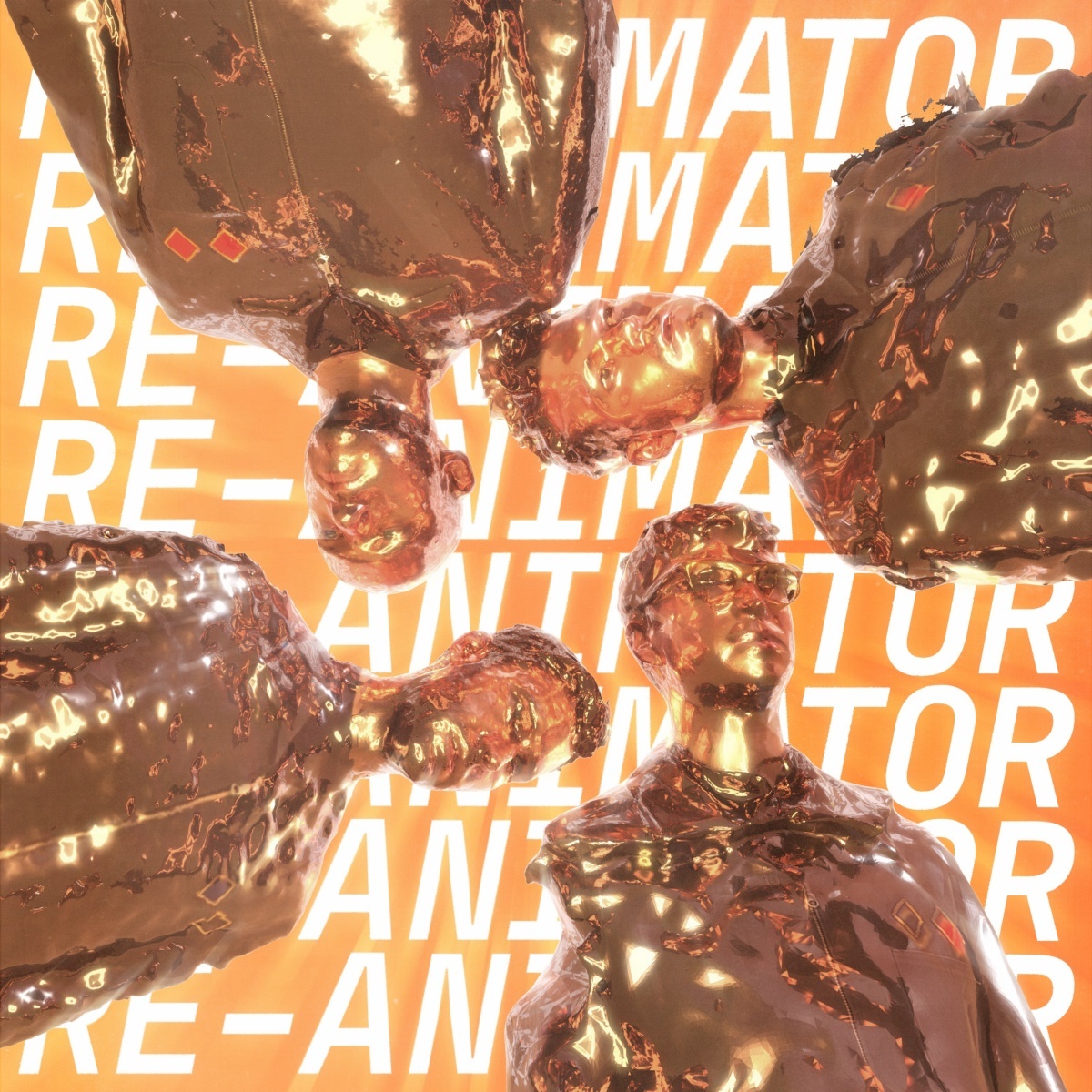 Somewhere, in a more just and less soul-darkening alternate universe where things are going substantially better than the reality we exist in now, Everything Everything is the household name they’ve earned the right to be. Now five excellent albums in, the Mancunian quartet have established themselves as a band with cult appeal, beloved by those who stumble upon them but sorely missing the arena appeal of bands like Foals, who operate with similar exuberance and zeal. They’ve been nominated for two Mercury Prizes and have had the pleasure of losing out to the likes of PJ Harvey – perhaps an honor as great as being nominated in the first place – and Wolf Alice. It’s easy to imagine them slipping into the same heights as any of the bigger-tent acts they’ve been compared to throughout their career, had a few votes gone a different way. They may not have awards or stadium tours to their name, but they are nothing if they’re not freakishly consistent and deliciously fun, making it shocking that they haven’t ascended alongside many of their indie rock peers. Their newest, Re-Animator, is no different.

Yet opener “Lost Powers,” with a slow and steady build that feels just as satisfying as their previous work, doesn’t pack the same wallop as favorites like “Cough Cough” or “Night of Long Knives.” The bulk of the album that follows is plenty exuberant, but that opener subtly sets the tone. It feels more focused than their previous records, compared to how they usually work, but even at its best it misses some of the spark they’ve had since Ark.

At the band’s center is the voice of Jonathan Higgs, which he has wielded like a well-honed tool throughout the band’s career. On “It Was a Monstering” and “Moonlight,” his falsetto morphs into an uncanny Thom Yorke impression, one made all the better with drummer Michael Spearman doing an impressive job of capturing the drum tone of Radiohead’s own Phil Selway. He spends the bulk of his time in a similar, infectious falsetto, occasionally raising his voice to a yelp or dipping down just enough for his voice to crack and his accent to burst through. He still has the same voice that crueler critics once chastised by stating, “If anyone’s got a more irritating voice, they probably also have a harp and a few good stories to tell.” But even in Re-Animator’s weaker moments, it’s extremely difficult to not fall in love with it when he lets it shine with all the glory of “Lost Powers or “In Birdsong.”

What really sells the band is Higgs’ songwriting, forever weaving modern panic in ways that make you almost root for more terrible shit to happen, if only because you want to see how he’ll work it into a song. Re-Animator contains QAnon-esque references to “crisis shooter kids” and “virgin blood,” not to mention a straight-up banger about fatbergs, to start. “Planets” features the gut-bustingly funny opening stanza of “To the bigots in the bat cave/ I think some of you are permanently off my Christmas list/ Ooh, the dance floor is overrunning/ With frat boys telling me I got no business sitting in business class,” almost worth the price of admission alone. That’s all the more impressive considering you have to get past the career-best “Big Climb,” where he barks lines like “Tenth daughter of a beast heart mother” and “Gas crawling like the ghost of the sea/ You can be a drone or the god-killer-bee that I love” before the bursting chorus of “NOT AFRAID THAT IT’LL KILL US, YEAH/ WE ARE AFRAID THAT IT’S WON’T!” takes over your senses.

For all that, unfortunately, Re-Animator lacks the panache of the band’s previous albums. Chalk that up to the often domineering force that is John Congleton, a producer who can either bring out the best in a band or flatten their strengths. This record still maintains the flair of those that came before it, but it feels like a drop-off after the weird and muscular Get to Heaven or the James Ford-produced A Fever Dream. For every well-built song like the resplendent “Big Climb” or the In Rainbows-era Radiohead pastiche “Moonlight,” there’s a “Black Hyena” or “The Actor,” songs that are almost great, but are held back by the fact that their production just sounds flat, their punches softened.

Re-Animator is the sound of a band in a moment of minor reinvention. The spirit that fits so well with their name is right there, but they hold it back in moments where bombast would fit a little better, perhaps an attempt at self-wrangling to join ranks with the other bands of their class. This means the band’s eventual sixth album will likely pair the focus exhibited here with the wide-eyed inventiveness that has populated every album until now. Even still, it’s a compelling listen, and somehow those growing pains make the likely strength of that next release feel enticing enough that these relative faults are entirely forgivable.