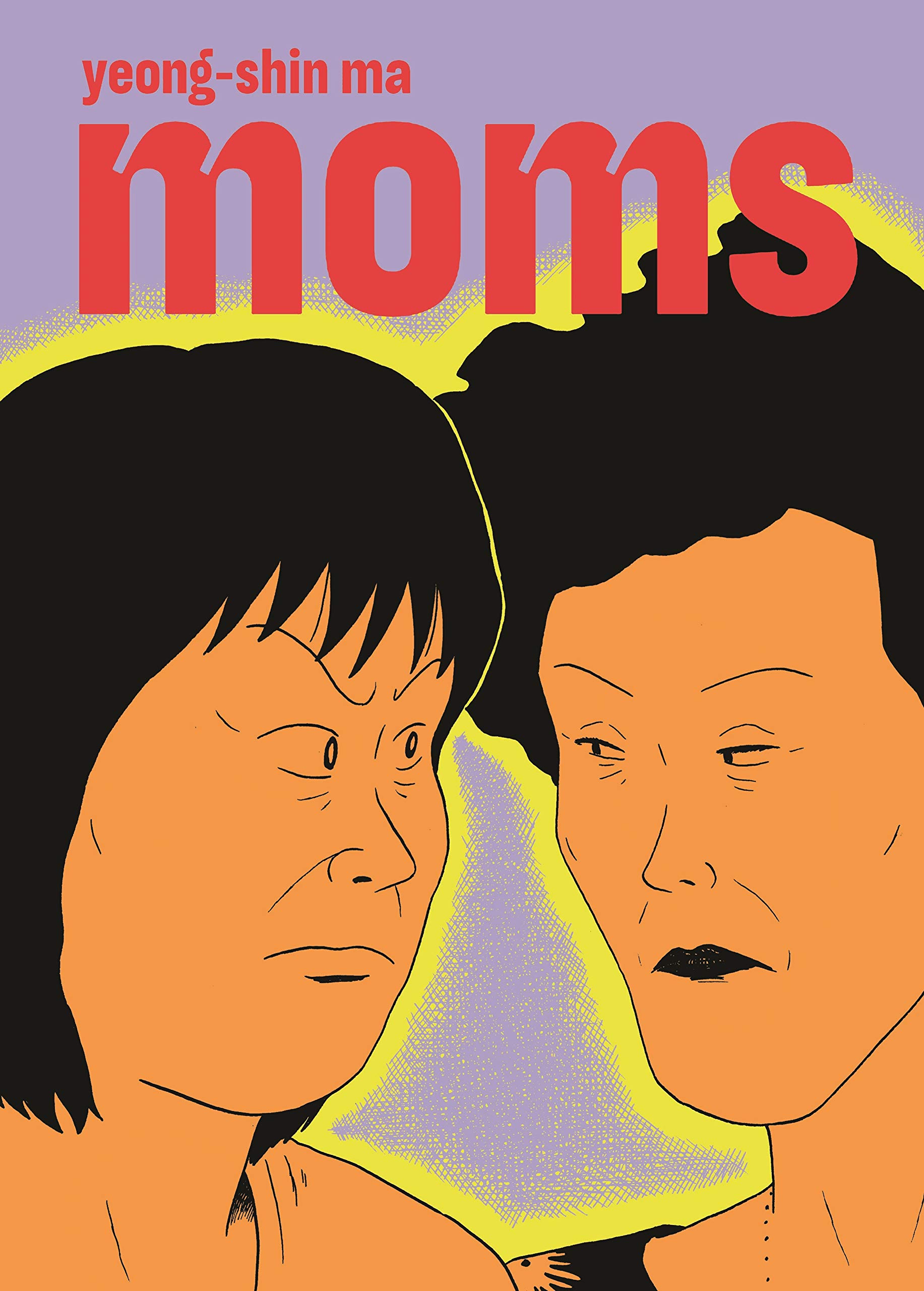 Yeong-shin Ma’s graphic novel, Moms, tells the raucous, real-life stories of a fifty-something divorced mother and her circle of friends and coworkers in blue collar Korea. These women suffer life’s injustices, but fight back with the ferocity and foolhardiness of women at least half their age. All of these stories are based on Ma’s own mom. Late into his twenties, he came to realize how much his mom sacrificed and worked for him over his lifetime. In wanting to know her better, Ma asked her to write about her life. What resulted was an uncensored confession letter to her son about her loves, regrets, triumphs and tragedies, as well as those of her closest friends who all share a lifestyle not seen or talked about in popular TV or film, let alone comics. Moms is valuable, amusing and absorbing but, most of all, unapologetically honest.

Our introduction to the main mom, Soyeon, takes the form of her getting into a street brawl with another middle-aged woman. This won’t be the only physical fight we’ll witness between moms. Soyeon reflects on how she got to this low point; getting married too young, raising three children and working odd jobs to keep all of their heads above water as her husband’s gambling addiction drains their savings and hopes. Her only solace and form of defiance is going out ballroom dancing with her girlfriends, but she ends up having an affair which leads to divorce. Is this where she lost her way, or was she proactively escaping a bad marriage?

Ten years after her divorce, Soyeon is in her fifties living the kind of reckless lifestyle she missed out on in her twenties; going to sordid clubs with her friends, hustling men for free drinks. But this freedom is starting to feel like a dead end. Soyeon works as a janitor with an all-female staff for a cleaning company run by an exploitative sexual predator. She’s still housing her 30-year-old son who refuses to leave the nest (presumably based on Ma himself) and is cramping her style. Most significantly, she’s stuck in a heartbreaking on-again off-again affair with Jongseok, a younger married man with a habit of showing up drunk late at night at her apartment. She breaks up with him for good, many times, only to accept him back at her doorstep with his own toothbrush waiting for him.

Soyeon’s girlfriends tell their own, similar stories of love and heartbreak. The common theme is of desperate men taking advantage of desperate women, borrowing and never paying back large sums of money, cheating on them with other women of whom they’re also taking advantage. Practically everyone is untrustworthy, though. Even Soyeon’s friends cheat on their husbands and eventually each other. They do manage to find fleeting moments of happiness before being crushed or screwed over, and it’s enough for them to continue searching for love despite the slim odds. We also follow Soyeon and her coworkers’ plight as they are taken advantage of and sexually harassed at work. However, the other common theme is of women standing up for themselves and for each other. Soyeon and her colleagues attempt to form a union and go public with their complaints. She finally kicks her son out of her apartment and Jongseok out of her life, and continues to fight for her dignity no matter how hopeless or embarrassing life gets. Soyeon and her fellow women support each other and though they may be flawed, their strength and unstoppable drive to take life into their own hands elevates Moms beyond seedy melodrama.

Ma’s cartooning style is raw and unadorned, but clearly focused. Each seemingly simple panel contains more information and emotional content than appears on the surface. Rereading may be required to fully absorb everything Ma provides. His drawings and attention to details capture subtle nuances that suck you into the interior lives of the characters. Ma’s caricatures balance humor and realism, not unlike North American indie comics or even Mike Judge’s “King of the Hill” for those unfamiliar with such comics. It visually expresses the delicate line Moms walks between showing us the comical absurdity of middle-aged women acting like teenagers, and revealing the despair and darkest truths of women who are exploited and taken for granted their whole lives. This is a brave and unique collaboration between a mother and son that breaks new ground for the kinds of stories that can be told not just in comics but any visual medium.

The sheer volume of boundary-breaking provides enough drama to keep viewers’ attention, an…