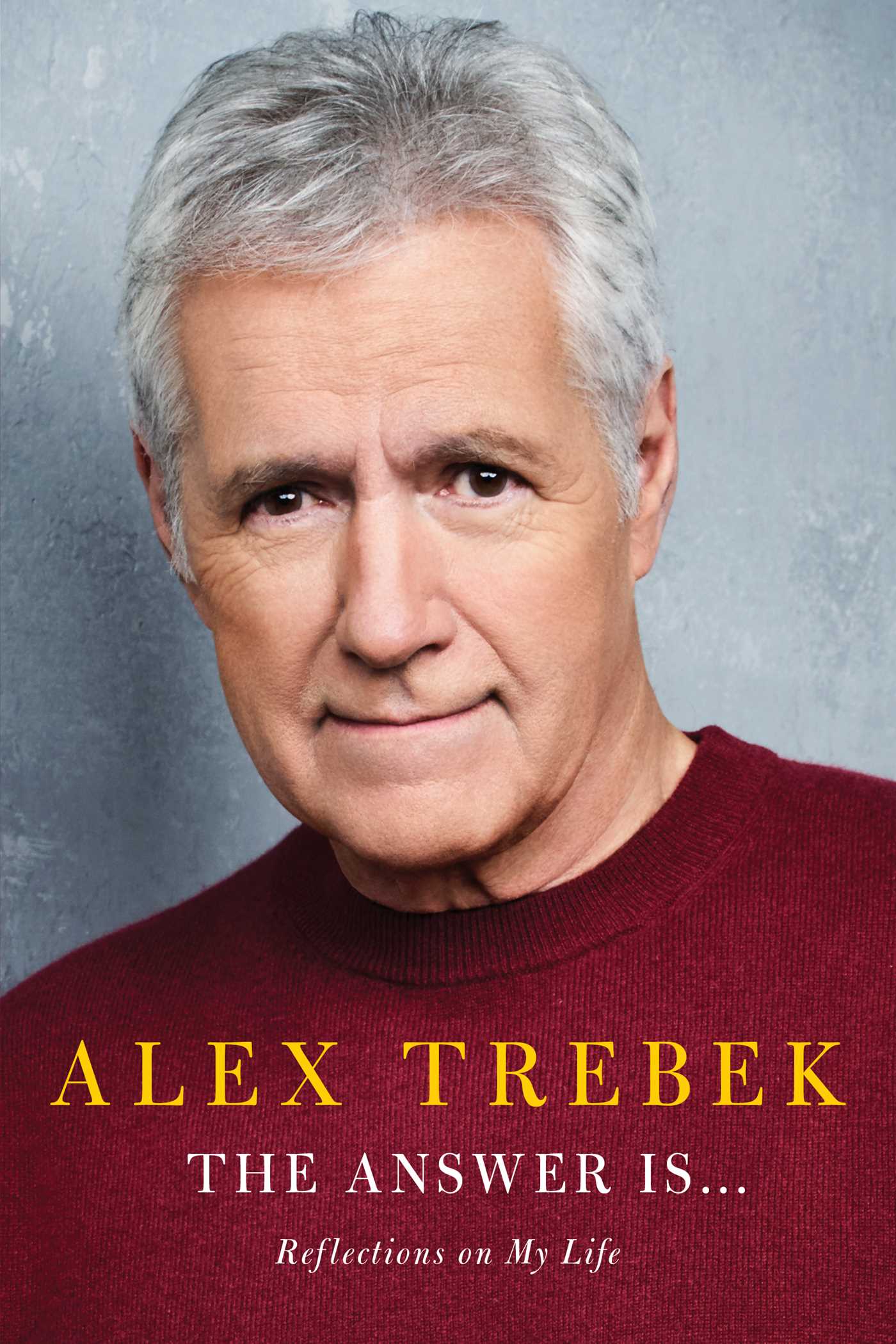 Few living celebrities are as universally beloved as Alex Trebek. Dolly Parton and Betty White may rival the Jeopardy! host. And others come within spitting distance (so much so that mononyms and pseudonyms suffice) – Denzel, Meryl, Oprah, the Rock. But when Trebek announced he was stricken with stage IV pancreatic cancer in 2019, the shock reverberated across diverse demographics. “At first, I was reluctant to share this news with the world,” he writes in the introduction to The Answer Is…, his sideways autobiography. “But upon making the announcement, I quickly discovered there are millions of people out there who seem to care and feel I have played an important part in their lives.”

This, of course, is an understatement, a typically Canadian demurral. I should know: we both hail from the Great White North, specifically the province of Ontario. The Answer Is… isn’t “a standard memoir.” It’s a somewhat scattershot collection of “quick look-ins, revelations.” He’s “just hitting the highlights.” It’s an “aperçu of Alex Trebek.” I looked up that $2,000 “Double Jeopardy” clue. Aperçu, a word I hadn’t previously encountered, is “a brief survey or sketch,” a precise description of this succinct and frustratingly episodic tome.

Who is this man born George Alexander Trebek? The answer is revealed with jigsaw pieces. Short chapters (2-3 pages at most) cover his mostly stable upbringing (thanks to his parents’ amicable divorce) through college life (a brief stint at a military school before attending the University of Ottawa), a career rise as a radio announcer at the CBC (Canada’s public broadcasting company) before hosting multiple game shows in the States (The Wizard of Odds, High Rollers, Double Dare). Trebek describes landing his signature gig, helming the rebooted Jeopardy!, as pure luck (even though he admits experience didn’t hurt). He waxes poetic about the “Trebek clan,” which includes his second-wife Jean (“We are one soul in two bodies”), their children (Matthew and Emily), and even his ex-wife Elaine (with whom he maintains a healthy friendship). Page after page, despite a penchant for swearing and practical joking, the guy seems like a true mensch. This should shock no one.

“At some point – and it occurred slowly over the years – we made the transition from just being an enjoyable quiz show to being part of your daily life.” So writes Trebek with workmanlike prose late into his slim volume. “There’s something ritualistic about [Jeopardy!]. It’s special but not in a big way.” “The Greatest of All Time” prime time tournament, which aired earlier this year and was a cultural phenomenon, proved Jeopardy! is more than merely special: it’s indelible. The show’s host? He’s immortal.

Except he’s not, really. Trebek has been living with disease. The bad cells will at some point overwhelm his body. “I’m often asked how I would like to be remembered,” he writes in the final chapter. It’s a question he bristles at. “I would say I’d like to be remembered first of all as a good and loving husband and father, and also as a decent man who did his best to help people perform at their best.” The Truth Is… confirms our best notions. “[If] you put the focus on the players rather than on yourself, the viewers will look on you as a good guy. If that’s the way I’m remembered, I’m perfectly happy with that.” My bar is a bit higher, but Alex Trebek has always far exceeded middling expectations.

Merely a spark, but one that would ignite a whole new Marvel dominance. …