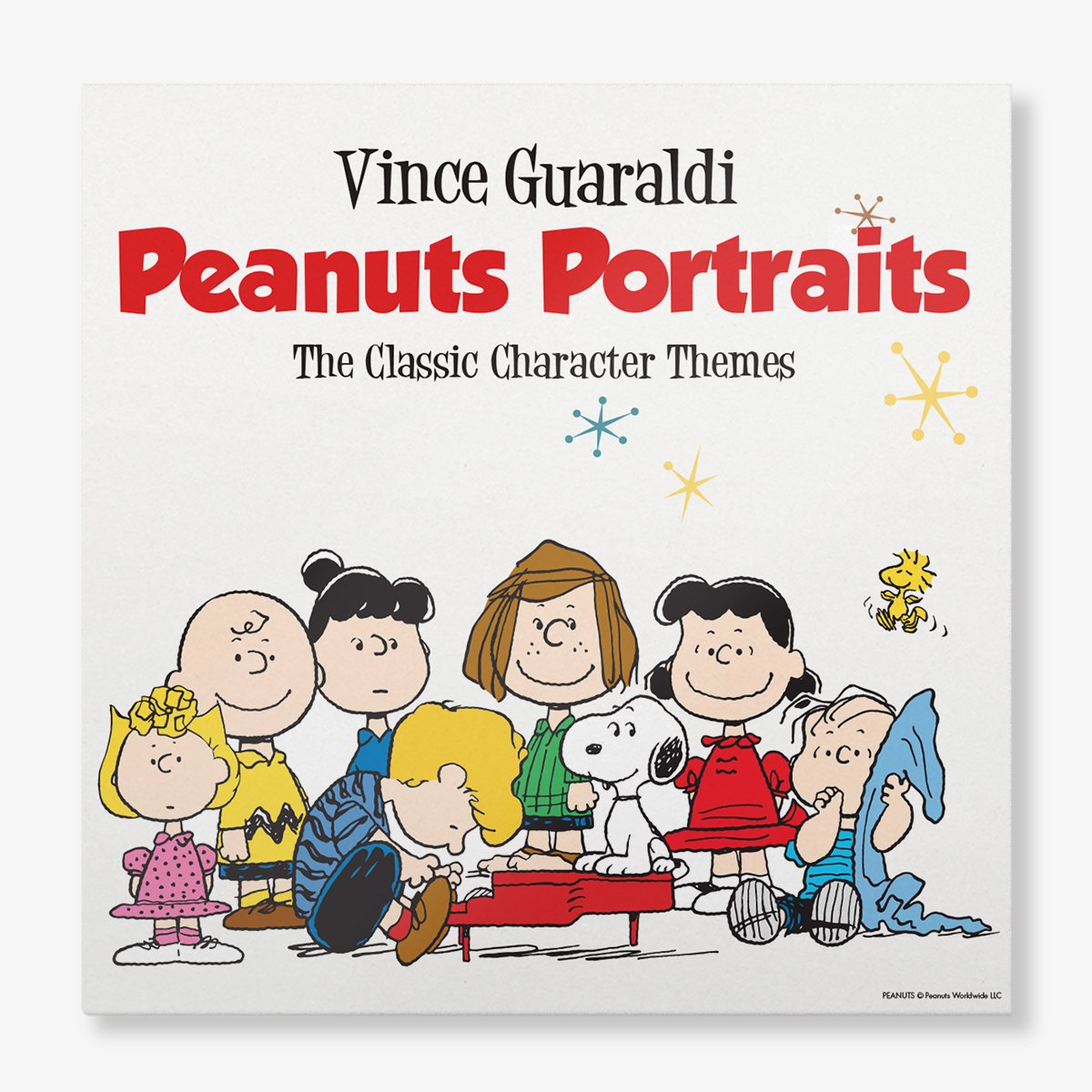 For those of a certain age, the opening chords of Vince Guaraldi’s “Linus and Lucy” are an instant mood enhancer. The jazz pianist helped define the Peanuts aesthetic when Charles Schulz’ beloved characters made the transition from the funny pages to television specials, and it’s hard not to hear the lightly swinging trio and imagine a stage full of dancing figures whose glee leaps out of the screen into your home. To commemorate, if you can believe it, the 70th anniversary of Peanuts, which first appeared in newspapers on October 2, 1950, Craft Recordings has released a pair of vinyl titles that feature the series’ timeless music. While Guaraldi’s playing and compositions is essential, the cynical consumer may find the albums, which slightly overlap with each other, are little more than a marketing ploy that targets the deep-pocketed crossroads of vinyl junkies and Peanuts fans. The cynics may be correct; but whatever variation you pick, it’s still great music.

If you have to pick one or the other, your choice will depend on what you want from new vinyl. For some, the easy choice will be Peanuts’ Greatest Hits simply because of the format: this picture disc, issued in a limited edition of 2500 slabs, is pressed on white vinyl with a head shot of Snoopy on one side and Woodstock on the other. The physical item wasn’t available for preview, but the images are pretty irresistible. What collector wouldn’t want a picture disc with one of their favorite Peanuts characters?

The music is practically beyond criticism, and includes not only “Linus and Lucy” but less ubiquitous themes like “Little Birdie,” a Woodstock theme written for the 1973 special “A Charlie Brown Thanksgiving” and boasting a bluesy vocal from Guaraldi himself. For generations of fans, it’s not Christmas without Charlie Brown, and the album closes out with four holiday-themed tracks originally released on A Boy Named Charlie Brown. These are unimpeachable tracks, but as an album, it’s kind of a hodgepodge. Between the Halloween track “Great Pumpkin Waltz” and the four Christmas tracks, you may not want to play this outside their respective holiday seasons, unless you’re feeling particularly festive.

So the better bet as an album is the less flashy Peanuts Portraits, which also has the added benefit of eight tracks that have never appeared before on vinyl. Like Greatest Hits, you get “Linus and Lucy” and “Little Birdie,” but you also get alternate takes of supporting character themes like “Schroeder” and “Frieda (With the Naturally Curly Hair,)” the latter a brilliant example of Guaraldi’s perfect swing. If you’re not familiar with the track, there’s a reason; it was released on the soundtrack to “A Boy Named Charlie Brown” but was cut from the special, and didn’t appear on television until the less perennial 1969 broadcast, “It Was a Short Summer, Charlie Brown.” The alternate version heard here is a full two minutes longer than the previously issued track and gives Guaraldi more room for his effortlessly charming improv.

Despite its name, Portraits doesn’t come on a picture disc, but in addition to the standard black vinyl edition, 1000 copies have been pressed on translucent red vinyl. (It’s a slightly noisy pressing, but such is the nature of much new vinyl.) The set winds down with two George Winston tracks first issued on the 1996 CD Linus and Lucy: The Music of Vince Guaraldi,. Pianist Winston may be best known for his solo new age piano release on the Windham Hill label, but if anything, his versions of “The Masked Marvel” and “Linus and Lucy” are a bit more robust than the composer’s; not better, but not necessarily worse, and the comparison is intriguing. That means the album begins and ends with “Linus and Lucy,” which feels like padding. But Winston’s solo piano version of the latter is taken at a slightly faster tempo, which distinguishes it enough from the original to keep things moving. Still, that difference in tempo is instructive; what Winston gains in speed, he loses in swing – and the absence of bassist Monty Budwig and drummer Colin Bailey is felt too. What Winston adds is a nearly free-form improv before the last verse, an unexpected frill that fairly well suits the Peanuts spirit.

So take that relatively low rating with a grain of salt; this is essential music, but its release in two distinct packages with overlapping content makes it clear that the releases have commerce in mind more than art. Despite that conflict, Peanuts is so universally loved and rich in profound themes that it may be one rare instance when commerce and art were, if not exactly on the same side, close enough for jazz.