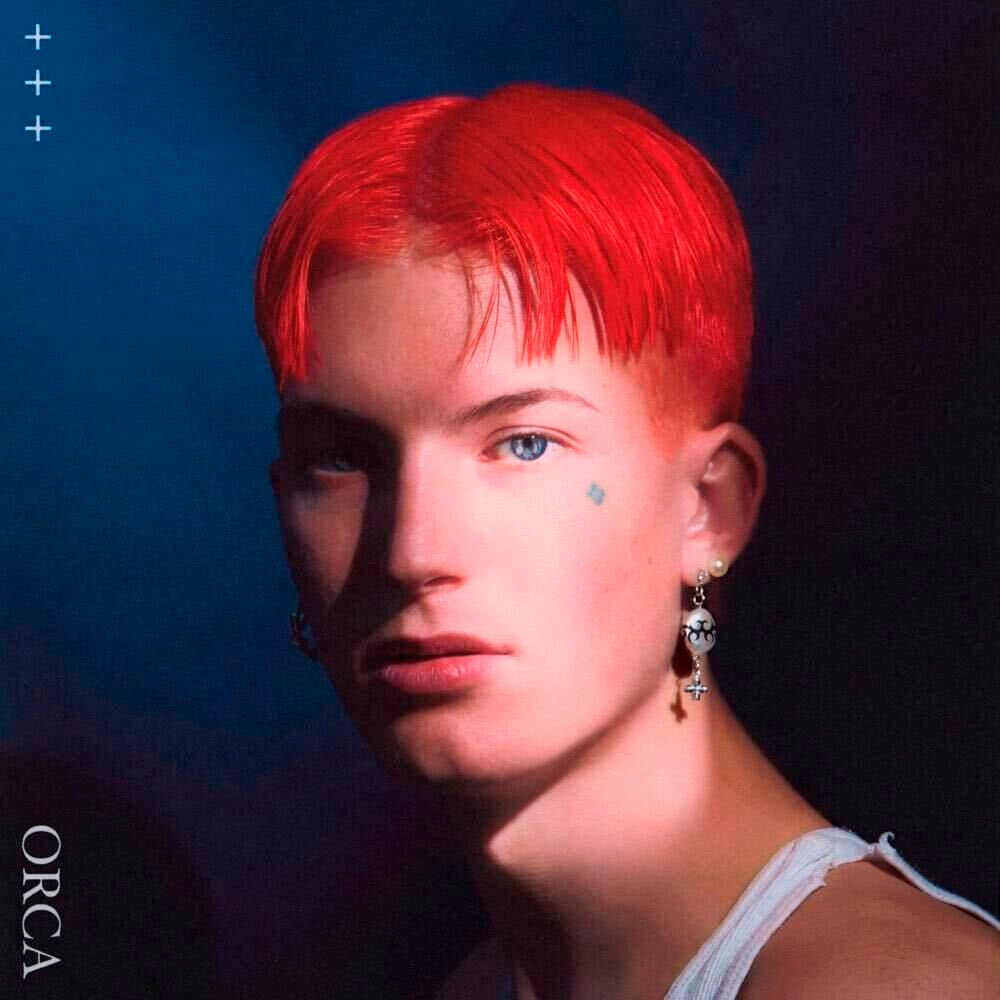 Gus Dapperton is a parakeet of a man, bedazzled in pastel hoodies and curiously-colored bowl cuts, and yet his new album Orca is shaded in the musty golden-browns of mandolins and acoustic guitars. This is a more “mature” album from the 23-year-old than last year’s debut, the bitchy looping-station glam Where Polly People Go to Read, and so it’s required to strip away the fineries and present him as a serious man at home brooding in front of a band. But to strip down in the service of true emotion is still an act, and a culturally specific one at that.

The 19th-century Germans didn’t have such preconceptions. Neither do many queer musicians, who are used to putting on acts and accoutrements in the service of emotional release. The Pet Shop Boys’ “Being Boring” is one of the most devastating songs ever written about anything, and like Polly People it speaks the language of the club, a place where marginalized people traditionally gather to find the occasional feel-good. A melodrama would be more suited to Dapperton’s mannerisms, which include the adoption of a fearsome growl and a penchant for flowery words like “cavalier” and “iridescence,” than the dull indie in which he stars here.

Furthermore, whatever Dapperton is trying to say about the seasons of his soul comes through only fuzzily. There’s nothing to suggest the references to healing scars and cutting wrists on “First Aid” are anything more than the latest iteration of the fixation on self-harm and mental illness pop whips out whenever it wants to appeal to outcasts. What exactly is on Dapperton’s mind is unclear: is it a breakup? A toxic relationship? Fame? Drugs? He answers are too oblique to justify Orca’s man-in-a-room trappings, which dissipate into smoke rather than hitting you in the gut like he wants them to. This is a pleasant, breezy album, perhaps not intentionally.

What cuts through the fog is his voice. Though his trademark growl was inspired by fellow Internet denizen Corbyn, it’s more like a combination of Britney’s vocal fry and King Krule’s leonine roar. When it kicks in, it’s as much as an event as when Elvis drops his voice down low. He loves to twist it into R&B hooks, as he does on “Antidote,” which is a pretty good approximation of what the Weeknd might sound like as a 60-year-old man. (He also does a pretty great Drake impression from time to time, though that’s a prerequisite for male pop stars.)

On Polly People there was a delicious contrast between how grody his voice sounded and how clean his whistling, neon-tinted New Wave beats could be. In a rock setting, we’re a little more prepared for it. When it kicks in on “Post Humorous,” we might think for a second of John Lennon’s primal scream. But the man who opened his best album with “Mother, you had me but I never had you” did not mince words, and mince words seems to be all Dapperton does.