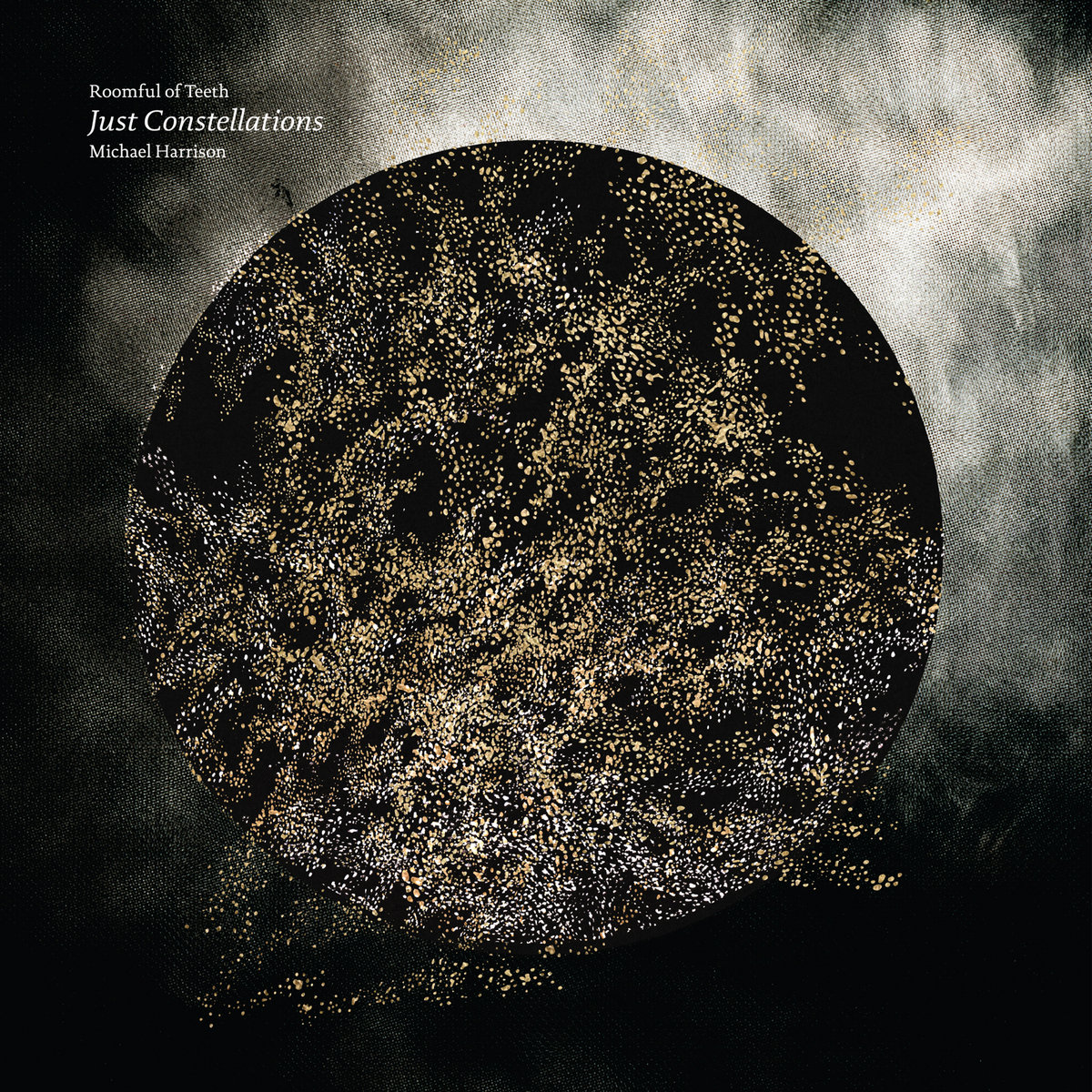 Roomful of Teeth are a vocal group founded in 2009 who, over the course of the last 11 years, have worked with composers like Terry Riley, Bryce Dessner, and Merrill Garbus (of tUnE-yArDs). You may know Pulitzer Prize-winning member of the ensemble Caroline Shaw from her work with Kanye West. Their recent dual-EP releases – The Ascendant and Just Constellations – are a fantastic entry point to the group’s catalogue.

On The Ascendant, the group perform the work of composer Wally Gunn, excerpts of which appeared on their 2015 album Render. The work appears in full here for the first time on record. In this new context, it’s even clearer how integral the work of percussionist Jason Treuting (of SO Percussion) is to the piece as a whole. The voices on the first track emerge in counterpoint to the heavy rhythm Treuting lays down. Using a technique called hocketing, the vocals build a complex rhythmic pattern. When the other vocalists arrive – singing lyrics written by the poet Maria Zajkowski – the song achieves a balance between complexity and simplicity, the harmonies guiding the listener toward more familiar musical territory even as the underlying layers are made up of individually challenging elements.

The full-flowering of a collaboration that began nearly 10 years ago, it’s clear the group have more than just a familiarity with Gunn’s work, but were bound up in its composition. The Ascendant showcases a range of styles. “Through the Night Wave” would almost fit on a doom-metal album (if there were instruments other than percussion and the human voice), “Surviving Death” feels at times like a highly compressed version of Allegri’s “Miserere” and listeners familiar with Dirty Projectors will easily recognize the musical lineage the two groups share. The power of the group as a whole is compelling and undeniable, so when songs make room for vocal solos, they do so to uneven results. “What We Began” showcases a male vocalist at the very top of the mix and balanced to the right – it’s reminiscent of the sound of Owen Pallett, but thinner and less dynamic.

This criticism has no bearing on Just Constellations the second of the twin EPs by Roomful of Teeth. Performing a work by Michael Harrison, the music is created solely by the 8 vocalists in the group, sans accompaniment and sans lyrics. The opening bars of the piece dissolve the distinction between voice and instrument. The piece uses “the singers as bells, or the singers as drones,” as group founder Brad Wells describes it. Harrison once tuned pianos for La Monte Young (who is directly named in the track list), and that influence is certainly prevalent here. But there is something otherworldly about translating these sounds to pure vocals.

There are times where it becomes easy to forget one is listening to vocalists at all. Silence and space are important on Just Constellations – calling the listener back to the material reality of the performance. As the vocalists trade long, sustained notes, they pause periodically to breath. Sometimes this absence is covered by the sounds of the other vocalists, but at other times the vocalists rest together, and the reverberations of their tones fade naturally as they move away from the singers, leaving a deep, settled silence in their wake. Totaling 21 minutes, the only flaw is that the work isn’t long enough.

Just Constellations is absorbing and cavernous where The Ascension is propulsive and tight. By releasing these works together, Roomful of Teeth showcases its dynamic range and allows an easy access point for new listeners as well as deepening their art and practice in a way that previous fans will appreciate.

Given the hiatus that would follow this record – and, now, Bowie’s death – it’s hard not t…