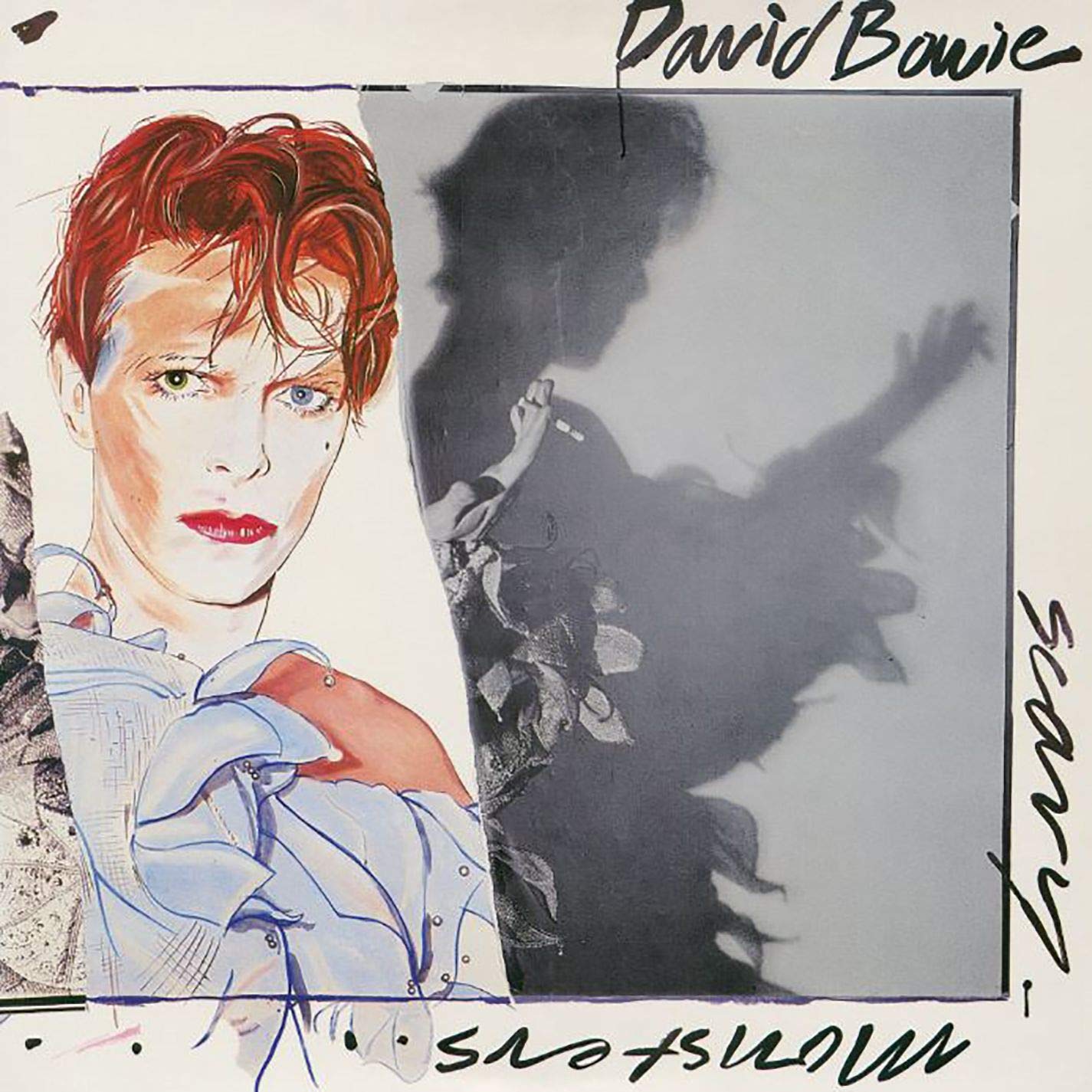 How do you follow your boldest works to date without going backwards? David Bowie had just reinvented himself and his career again with the experimental, groundbreaking Berlin Trilogy. After releasing three albums of stunning ambience, synthetic improv and anthemic power, it felt like the road was starting to run out for Bowie. Lodger was still great but didn’t quite achieve the heights of Low or “Heroes”. So for Scary Monsters (and Super Creeps), Bowie did what he does best – he threw away what had worked before and started over again with a fresh mix of bold, direct songwriting and creative textures, a grand finale to the unparalleled decade of art he had created.

While Bowie aimed to craft a more commercially viable sound than his previous three releases, he did so in a cold, alien manner. The album’s two major singles, “Ashes to Ashes” and “Fashion,” would seem like odd choices if they haven’t been made so ubiquitous by time. The way the former’s icy, plinked melody snakes around the hard funk bass threatens to tilt your brain sideways in those first few moments, as Bowie, singing in a breathy voice, gives Major Tom from “Space Oddity” a dark sequel as a drug addict. As for “Fashion,” it opts for a mechanical radar beep as to underpin the rhythm, as guitars squeal and burrow next to a heavy bass. But despite that, you’ll still want to dance to it. Both songs show Bowie’s gift for drawing you in despite the bizarre makeup of the music.

Scary Monsters (and Super Creeps) is also Bowie’s angriest album. While he painted fictional dystopias on Ziggy Stardust and Diamond Dogs, here, he only needs to describe the scene outside his window, his lyrics showing disillusionment with modern society. Both parts of “It’s No Game” tackle the same scenario with vastly different emotions. In the first part, Bowie screams with panic and fury at the wars and cruelty happening throughout the world, sounding like he’s being violently murdered himself. Its sequel is a calmer approach of disgust, where the rage is exhausted, and he can do nothing more than keep on keeping on. With lyrics like, “Documentaries on refugees,” “Put a bullet in my brain/ And it makes all the papers,” and “Children round the world/ Put camel shit on the walls/ They’re making carpets on treadmills/ Or garbage sorting,” the songs remain sadly prescient today. He even uses the two songs to put the fascist rumors to rest once and for all, singing with disdain, “To be insulted by these fascists, it’s so degrading.” “Scream Like a Baby” is just as sinister, describing a police state with slithering horror over post-punk guitar.

The music often matches Bowie’s state of mind. The title track sounds like the antithesis of “Heroes.” Where that song is a slow building anthem of love against strife, this one turns obsessive love into abusive strife. “She asked for my love and I gave her a dangerous mind,” Bowie sings, sending a girl into madness as percussion pounds and Robert Fripp shreds in a glorious frenzy. It’s easy to draw a line from this song’s proto-industrial sound to Nine Inch Nails. Bowie’s opinion on love doesn’t improve much on “Because You’re Young,” looking at youthful couples with weary recognition that it’ll end in tears. Pete Townshend’s guest guitar groove counters the harsh, creepy synths wonderfully, hope and cynicism pressed up against each other.

While Bowie spends most of Scary Monsters (and Super Creeps) musing on the state of the world, he also dedicates space for the first time to exploring his legacy at large in “Teenage Wildlife.” While he was off in Berlin, New Wave and New Romantic started to take over the musical zeitgeist, building on Bowie’s glam period. At the time, it felt to the outside world like Bowie had retreated and let the new guard take his place. “Teenage Wildlife” directly addresses those coming for his crown with blistering lines like, “As ugly as a teenage millionaire/ Pretending it’s a whiz kid world.” Such lyrics could come off as bitterness or jealousy if they weren’t countered by the anxious chorus where he declares, “They can’t do this to me/ I’m not some piece of teenage wildlife.” It’s a very human moment for Bowie, where you can feel his dread about possibly losing his standing in the world and his determination to remain at a creative zenith. His powerhouse vocal helps to sell every emotion.

Listening to Scary Monsters (and Super Creeps), you are reminded why it is considered as the benchmark to all Bowie albums that came after it. The phrase “his best since Scary Monsters” became a running joke among fans to describe critical reaction to every record Bowie put out in the intervening decades. But while that line became a bit of a meme, it’s based in reality. It would take until “Blackstar” for Bowie to once again match this capstone to his classic period. But even when you’re trained to expect the unexpected from Bowie, Scary Monsters (and Super Creeps) still finds ways to surprise you.