The story of a fish mutating into a hominid after consuming human blood doesn’t exactly sound like a recipe for family-friendly whimsy, but in the hands of Hayao Miyazaki we get just that with his penultimate feature, Ponyo. Then again, even the beloved Totoro had huge claws. Miyazaki’s filmography swung wildly from all-ages enchantment to unsettling phantasmagorical wonderlands. With Ponyo, he manages to fold some of the weirdness of Spirited Away into what almost amounts to a blithe companion piece to My Neighbor Totoro, a film clearly intended for younger audiences that nevertheless appeals to anyone open to a magical adventure.

Influenced by “The Little Mermaid” fairy tale as a young boy, Miyazaki has said he found it rather dubious that Hans Christian Andersen’s fish out of water lacked a soul, and it seems as though he treats Ponyo as a kind of corrective, imbuing the titular character with the ebullience and innocence of a child. Unlike the mermaid who fixates on currying affections of a dashing prince, Ponyo simply exudes joie de vivre, and it’s actually a young landlubber, Sōsuke (Hiroki Doi), whose world will be transformed by his interaction with the goldfish-turned-human.

Originally known as Brunhilde, she is renamed Ponyo (Yuria Nara) by Sōsuke after he rescues her fish form from inside a glass jar that has washed her up on shore. When he cuts his finger on the broken shards, Ponyo slurps up a drop of his blood, which both magically heals Sōsuke’s wound and acts as a catalyst for her eventual transformation into a human. Ponyo’s father, Fujimoto (George Tokoro), a wizard who harnesses both magic and science to live underwater, uses wave spirits to retrieve her and return her to her school of goldfish sisters. But Ponyo’s desire to be human drives her to return to land as a little girl, where she reunites with Sōsuke, who vows to love and protect her.

At its core, Ponyo offers a simple story of human connection, but Miyazaki weaves in broader themes of nonconformity, self-identity and personal growth. He mirrors the cataclysmic emotional impact of interpersonal turbulence through the environmental imbalance caused by a furious argument between Ponyo and her father. With the moon beginning to fall out of orbit and tsunamis threatening ships and shorelines alike, Miyazaki uses fantastic imagery to illustrate the impact of these commonplace emotions. As the sea overtakes the land, leading to a fanciful sequence involving friendly nursing home residents magically breathing under water, there aren’t heavy-handed environmental allegories at play. Yet much like in Princess Mononoke, humanity’s drastic impact on the world around us remains a subtext here, with Miyazaki implicitly advocating for a mindful approach to how we interact with the natural world.

In the decade prior to Ponyo’s 2008 release, Studio Ghibli had begun using computers to enhance their animation, but with this film, Miyazaki returned to a fully hand-drawn aesthetic. With a vibrant color palette that skews toward pastels, the film is visually sumptuous. There remains plenty of the surreal imagery found in past projects, largely surrounding Fujimoto, who sports a mane of red hair and pilots a four-flippered submarine when he’s not using a pesticide canister to spray water at his own feet to stay hydrated on land.

Much like Andersen’s little mermaid before her, Ponyo desires agency and breaks away from her controlling, ultra-powerful father. However, unlike her predecessor, Ponyo also has a strong maternal influence in her life, as her mother, Gran Mamare (Yûki Amami), is a gargantuan, majestic sea spirit. She sets the parameters of a test Sōsuke must pass in order to allow Ponyo to live as a human. Ultimately, though, it’s a heart-to-heart with Sōsuke’s mother, Lisa (Tomoko Yamaguchi), that convinces Gran Mamare that Ponyo may complete her transformation to being fully human if she indeed chooses to eschew magic forever. Though the decisions of these matriarchs and young Sōsuke professing his love for her also sweetly factors into the magical equation, Ponyo obtains her hard-won agency through her own strength of will, not crawling from the water onto the land in order to obtain a soul, but by adding to the human world the vibrancy of her own spirit. 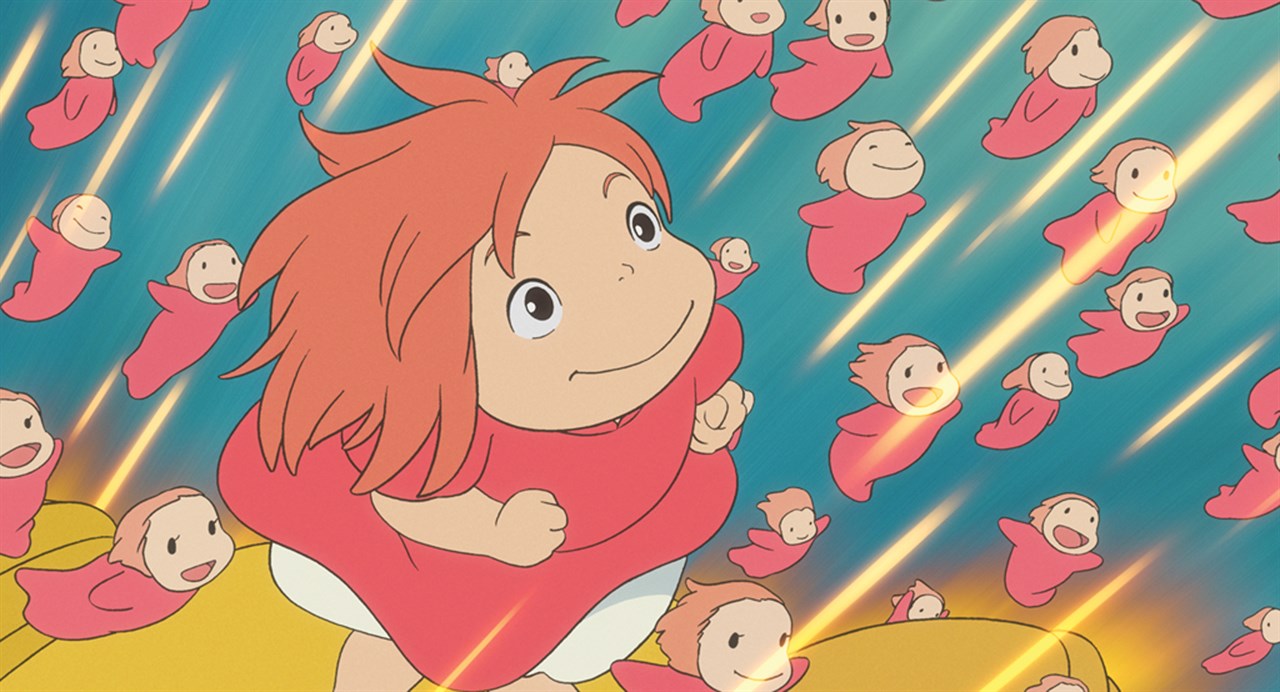