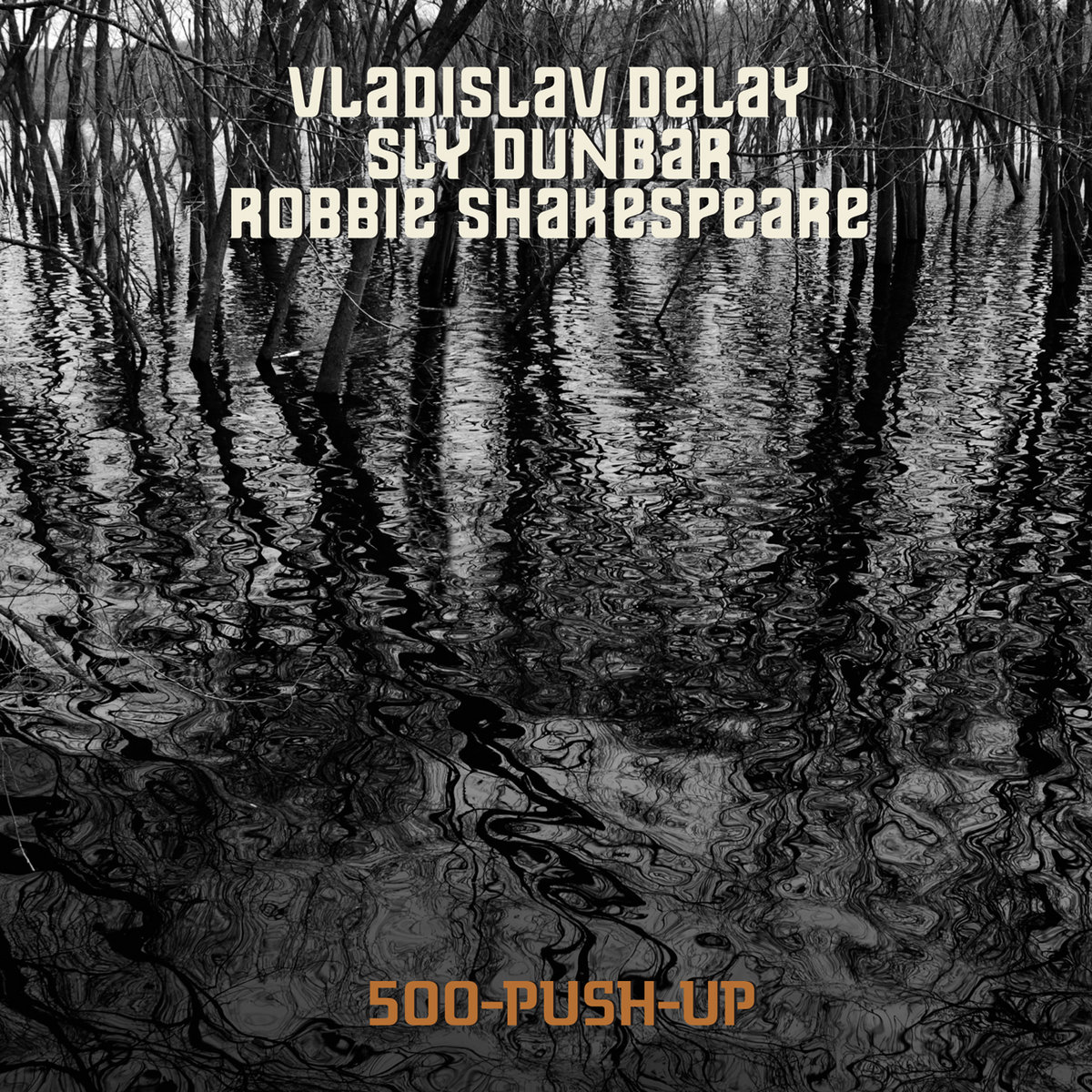 As we wait for the groove to kick in on 500 Push-Up’s first track “(513),” we hear the lively studio chatter of a bunch of guys having fun. But already there’s an incongruity, because one of those guys is Vladislav Delay, the Van Morrison of electronic music, a man for whom “fun” doesn’t seem to be as much of a reason for making music as taking dictation from the higher powers whose machinations he’s not much inclined to discuss. Even as the drummer on a few great improv-techno albums from the Moritz Von Oswald trio, he’s not the kind of guy you really imagine getting loose in the studio. His way of functioning is a little more mysterious, and on 500 Push-Up it’s inscrutable.

This is Delay’s second collaboration with the prolific rhythm section Sly & Robbie. 2017’s excellent Nordub brought in trumpeter Nils Petter Molvær and guitarist Eivind Aarset, and for the most part the musicians left plenty of space to weave in and out of each other’s sounds. 500 Push-Up is just the three of them, and the great producer and the great rhythm section are like two ships at sea: one a sleek catamaran, the other a great creaking iron hulk barely able to make it back to port before it falls apart.

Drummer Sly Dunbar and bassist Robbie Shakespeare play like guys who’ve appeared on tens of thousands of recordings, machinelike in their precision yet as lively as the most confident musicians. Delay, meanwhile, carries himself like a rock guitarist who’s so used to taking up space he hasn’t yet learned to let the other instruments breathe. Some of his intrusions sound almost trollish, like on “(514),” when he programs what sounds like a telephone to ring on a completely different rhythmic grid than the rhythm section. Delay, a certified dubhead, knows much better than to show any disrespect towards these legends. But listen to the whispers of vocal in the background and then find me a musician who wouldn’t agree the song would be improved tenfold if they got rid of the telephone.

What we’re hearing is the Vladislav Delay of Rakka, his bracing and harsh album from earlier this year. This is a noisemaker accustomed to great crashing overdriven percussive clangs, not the man who seemed to mold sounds out of primordial bedrock on his turn-of-the-millennium albums or his self-released wonders The Four Quarters and Whistleblower. That Delay might have been a better fit for this collaboration. Delay’s electronics need to cling to Sly & Robbie’s rhythms, not cloud them as they do here. The title suggests this arduousness is on purpose, but there’s no endorphin rush after the groove runs out, just a sense of relief.

There are hints of what could have been. On “(520)” the band is in lockstep for what feels like one of the only times on the whole album, Delay’s crests of noise approximating the scratch of a reggae guitar. On “(512)” Delay cannily answers a patois monologue about the police with what sounds like a cartoon siren noise; it’s one of the few times Delay’s squall sounds purposeful. It’s no coincidence that the most interesting ideas tend to occur at the end of the tracks, when the clatter is dying down—the phaser noise at the end of “(521),” for instance, or the ray gun that fires in the distance on “(528).”

500 Push-Up is not a lopsided collaboration, nor is it a casualty of a white guy assuming he knows better than the Black guys he’s sharing the studio with. In fact, Sly and Robbie appear for more of the album’s runtime than Delay; they start and stop the songs and lend their studio chatter to be chopped up in post-production. 500 Push-Up sounds more than anything else like an uninspired jam. Jams aren’t fun to listen to unless the musicians are willing to prioritize good taste over making noise, and the album sounds less like a communion than a standoff in which neither side is willing to concede.