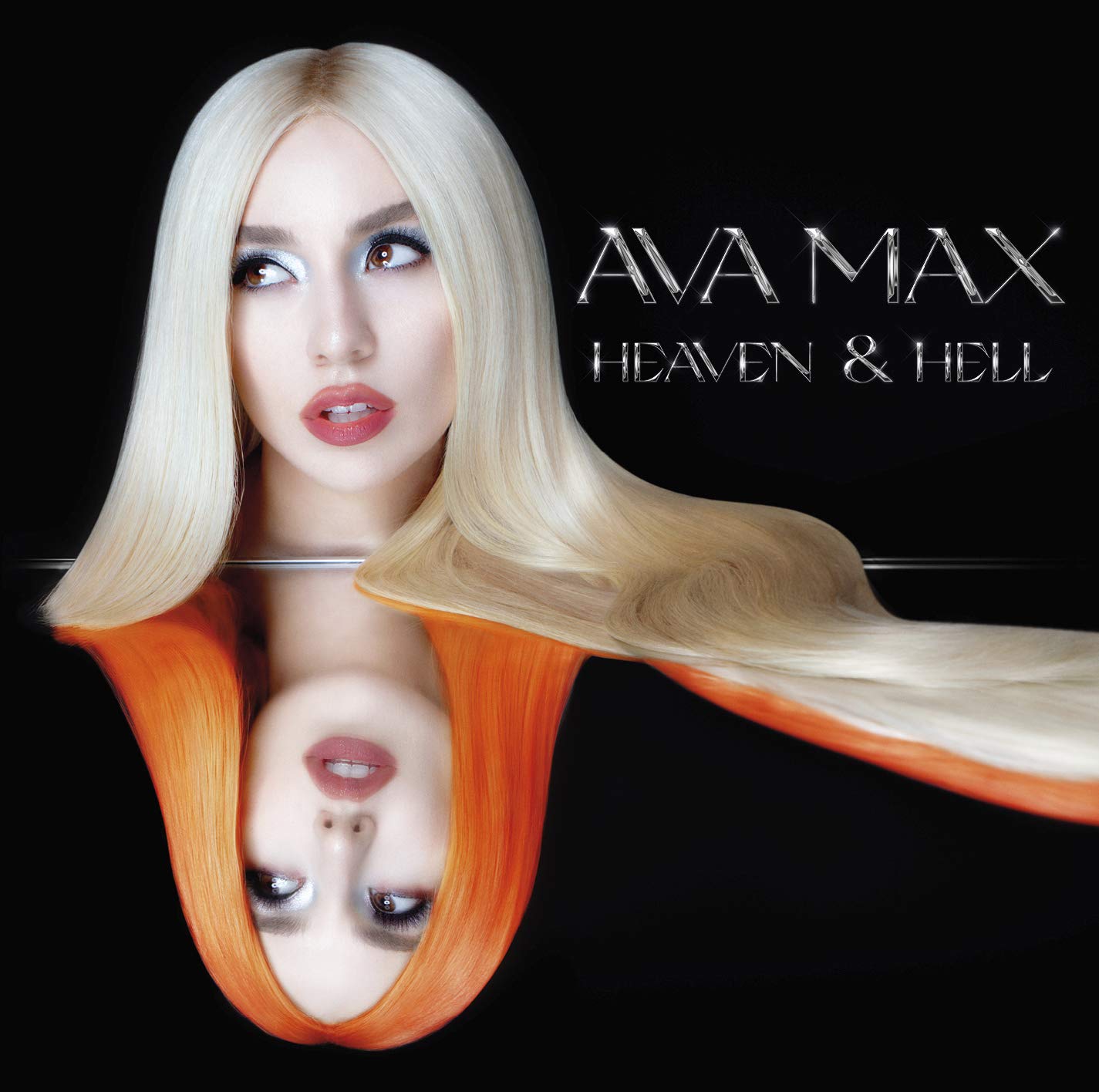 Ever since the release of her breakthrough 2018 single “Sweet but Psycho,” Ava Max has been plotting her first record as an homage to and ideally a renaissance of the pop music of days past. Indeed, the pop singer—whose sound and image recall those of the late ‘00s and early ‘10s—has spent the better part of the last two years aspiring to a career trajectory similar to that of The Fame-era Lady Gaga and Animal-era Kesha. Much of the discourse surrounding Max, however, has been that she lacks the originality and personality to create an era-defining debut studio album. While Heaven & Hell shows little concern for originality, Max’s comfortingly familiar stage presence is sure to trigger nostalgia.

Much like Katy Perry’s recent studio effort Smile, Heaven & Hell’s weakest point is that its most original and standout moments all consist of singles released over a year ago. She might have been better off releasing her album a year ago following the expertly crafted “Torn,” which much like Madonna’s “Hung Up” makes perfect use of a sample from ABBA’s “Gimme! Gimme! Gimme! (A Man After Midnight).” The unfortunate realities of the coronavirus pandemic ended up pushing back the album even further, with the most recent singles “Who’s Laughing Now” and “OMG What’s Happening”—both highlights nonetheless—feeling somewhat out of place.

But somehow, Heaven & Hell’s mistiming also feels appropriate on an album where themes of embracing your inner misfit and showing up your bullies are at the forefront. “To all of the queens who are fighting alone/ Baby, you’re not dancing on your own,” Max champions on “Kings & Queens,” along with “So Am I,” the impact of which one can only imagine on struggling youth: “Do you ever feel like a misfit?/ Everything inside you is dark and twisted/ Oh, but it’s okay to be different/ ‘Cause, baby, so am I.” It’s almost comical to think that Max considered scrapping all of her previously released singles from the album, since it would not be much without them.

Those who think this kind of pop isn’t real music may be skeptical of Max. But beneath the surface, Heaven & Hell is much more than just Top 40 earworms: yes, it lacks originality, but maybe that’s part of its charm. Max recalls Paula Abdul or Taylor Dayne, both of whom were not taken very seriously in their era since all they wanted to do was sing and dance. While Max’s Christina Aguilera-like growl and penchant for outrageous costumes a la Lady Gaga does offer much potential beyond singing and dancing, at the end of the day, there’s nothing wrong with making a pop album that is just that: music that allows us to be our unapologetic selves, original or not. As she sings on “Naked,” the closest the record comes to a ballad: “I think I’m ready to be exposed/ I want you watching me/ When you take off all my clothes/ And really see me naked/ See me for real.”

Heaven & Hell makes up for the lack of individuality or innovation by delivering on strong vocals, artistic ability and the nostalgic yearning to get on the dance floor when that one song comes on. Unlike other pop artists of this caliber, such as Kim Petras, Max doesn’t have to try as hard to be interesting: she has the talent and ability beneath the “Sweet but Psycho” façade to create something much bolder. But for now, she’d rather we underdogs finally blast her perpetually upbeat first album and eliminate some negativity for a while. And in a year like this, that’s a blessing.

Criminally Underrated: Message in a Bottle