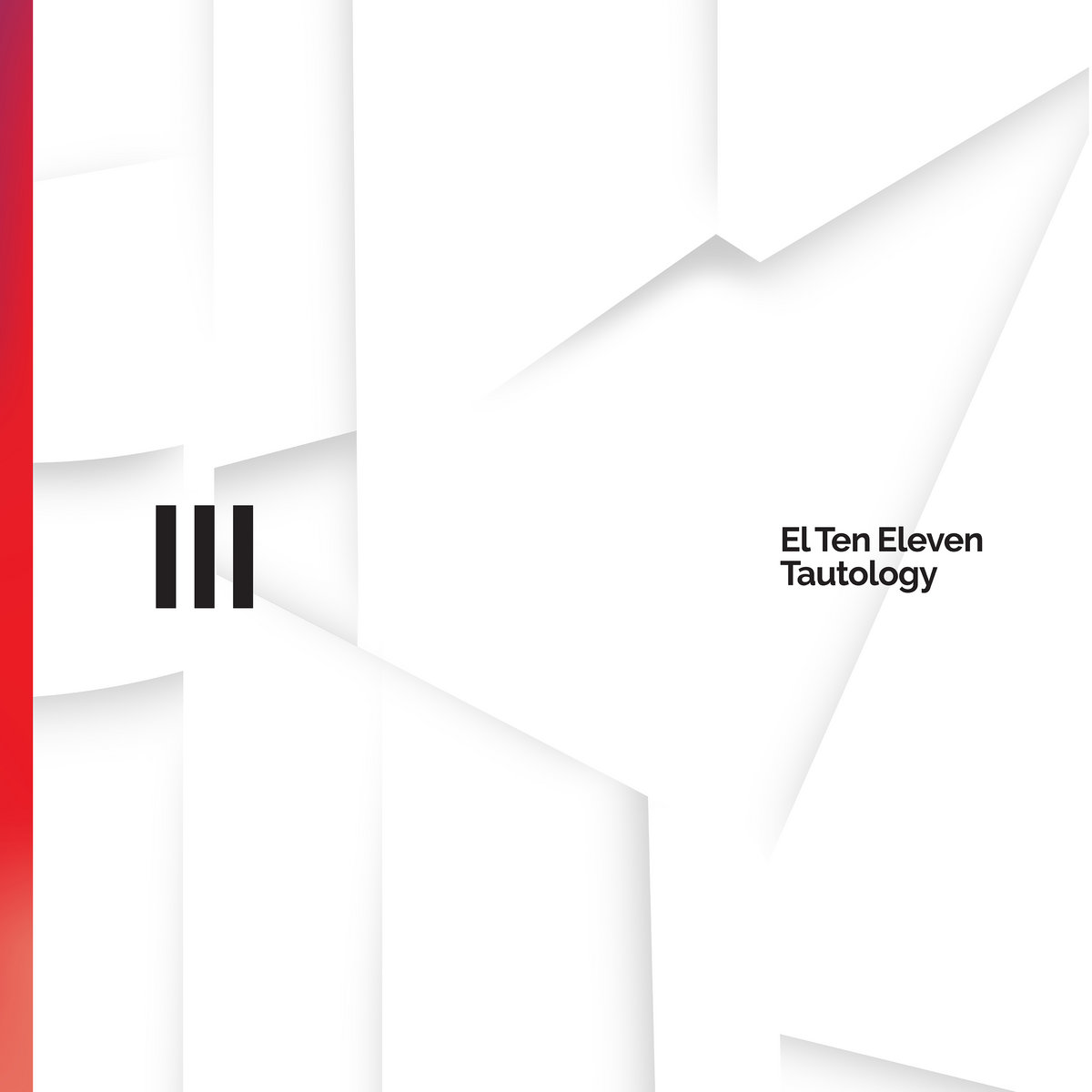 A kick-drum in the shape of a heartbeat appears some seven minutes into El Ten Eleven’s Tautology III, the final piece of its ambitious instrumental, arc-of-life suite on Joyful Noise. What’s odd – and oddly special – about the third installment, however, is how it does not dwell in the chambers or details of life and living, old or otherwise. (The first part represented youthful abandon and teenage years, the second mid-life.) Instead, its oft-funereal compositions, heavy on the knotted guitars of post-rock but subdued even by that genre’s standards, are fixated on the timelessness of death and the sinewy transition between the two states. You’ve got to give this duo one thing: they’re trying not to half-ass it. Tautology III is not without its flaws – more on that, of course, in a bit – but it goes a long way toward redeeming the trilogy, a fair portion of which was big on ideas but a little wobbly in presentation or initiation.

All you need to know about Tautology III can be heard in about six minutes on the heart-aching and at times pitch-perfect “You Are a Piece of Me, You Are a Piece of Her.” On it, guitarist/bassist Kristian Dunn layers on mounds of atmosphere, so much so that the harmonic-plucked main figure (which is quite beautiful) barely raises its head above the tidewaters. Drummer Tim Fogarty is low in the mix and hardly registers, though he doesn’t need to, in the least. Tautology III and, specifically, dreamy spells like “Piece” are all about the emotional vitality Dunn rings out of his strings. Trust us, when you hear the lullaby-esque, accenting guitar motif he lays over the main refrain about four minutes into “Piece,” you won’t be itching for something more percussion-driven anytime soon.

The biggest problem with Tautology III also might be its greatest gift: its even-handedness, which is consistent nearly to the point where return visits to the LP will have listeners questioning if each song is a (slight, slight, slight) variation on the one before it. In short, the time signatures, crystalline tones and guitar tricks on “Piece” also can be found on “Caducity” (the one with the heartbeat) and “Shimmered” and on and on. This lends the record’s eight songs a nice kind of cohesion but it lacks the drama of life-narrative, even if it is reflecting on a life’s quiet, waning moments.

There are exceptions to this rule, of course. (There always are.) “Let’s All Go Out Like Francis” is anchored by a delightfully glitchy bit of percussion and chimy guitars reminiscent of Papa M’s Live from a Shark Cage. The buzzy EBow of “Aubade” offers regal, somewhat plushy tones and a break in some of the tinnier melodies, even if its anti-sanguine refrains are a little familiar. The closing “All of This Bliss Doesn’t Come Without a Price,” though a little light in substance, makes up its lack of scope with angelic tones, likely those signaling a death ascension.

The disc is a good one, albeit the question remains whether better editing could have refined this life-cycle down to a double-LP or even a hefty single one. There are times throughout Tautology where one wonders if the band’s returns to themes are toying with the repeated nature of daily life, of its rituals and rites and so on. There’s an argument to be made there. But, listening straight through, what El Ten Eleven really does well is close the proceedings. Tautology III is far from perfect and getting to “Piece,” for example, or other standout tracks takes a lot of patience and paddling through post-rockisms. In the end, though, they kind of sold us on this thing. We’ll hold off on timely verdicts for now, though. Gotta give another listen to “You Are a Piece of Me, You Are a Piece of Her.”

A brilliant classical canonization – and the perfect protest record for 2020. …