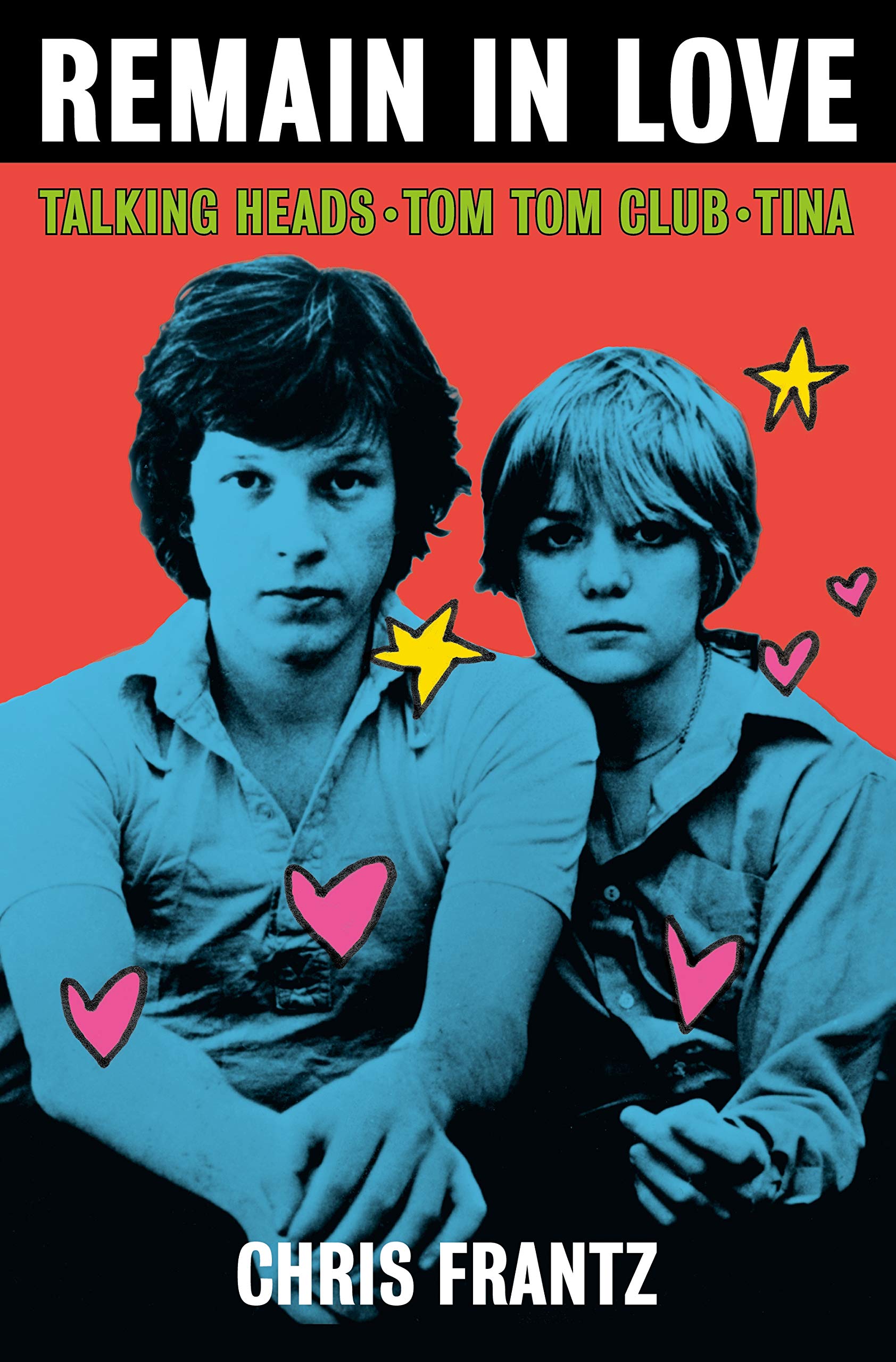 Talking Heads drummer Chris Frantz could have been called his memoir More Recollections of Music and Food; between memories of life on the road, there are more than enough anecdotes about everything from chicken soup to French hospitality to a curious incident when David Bowie hoarded cheese and nuts backstage at the Montreaux Jazz Festival. But the author’s unassuming prose and candid but fair accounts primarily frame Remain in Love as a love story with Tina Weymouth, who with Frantz happened to make up the rhythm section for one of the great bands to emerge out of the New York punk scene. Whether that love story interests you will depend on how much you care about Talking Heads and the New York scene that spawned them. If you care, then there’s plenty of interest here.

The backdrop of Frantz and Weymouth’s relationship is of course populated with characters from a pivotal pop culture era, and the author comes across as a pretty decent guy, for the most part keeping his head together even around some of the oversized ones that surrounded him. As Frantz explains the key to his drumming, he’s essentially explaining the approach to his book, and what makes it a moderate success: “You should not be a show off. You should not aim to impress. What you should do is be sensitive to the tempo, and the melody…You should spread the love.” Born in Kentucky, Frantz starts spreading the love with his supportive early family life and his circle of friends at the Rhode Island School of Design, where he met both Weymouth and future frontman David Byrne.

Byrne does not come across well here. Frantz regularly notes that Byrne wasn’t the most generous of collaborators, not from the band’s early days and certainly not when they became successful. One could perhaps chalk it up Byrne’s coldness as a social awkwardness born of some kind of psychological impediment, but, as Frantz remembers it, even from the early days of Talking Heads, Byrne would often end up taking sole credit for a song that was a team effort. Still, although Frantz takes Byrne to task for his such ego trips, he doesn’t seem especially bitter. Just, hey, give the drummer and the rest of the band some credit, huh?

Talking Heads developed their sound in early gigs at the legendary CBGB, and much of the pleasure of Remain in Love is its sober account of some of the personalities in New York punk at the time, and finding out who was good people and who had a bad attitude. This is amplified as Frantz recalls the Heads’ first major European tour supporting Ramones. Most of the Queens punks come off as spoiled rock stars who, unlike Frantz, didn’t feel particularly grateful that they could turn rock ‘n’ roll into a moneymaker.

Frantz’s ongoing tales of Compass Point, the recording studio that Island Records’ Chris Blackwell founded in the Bahamas, end up grounding the book. Both Talking Heads and Tom Tom Club (whose success, surpassing Talking Heads at a time, apparently left Byrne a little resentful) recorded some of their best work there. Remain in Love, as a piece of art, may not be Frantz’s best work. But since it documents his life with Weymouth as they’ve weathered its ups and downs (the latter of which Frantz admits almost too late in the book), it marks a different kind of rhythmic persistence of which he is understandably quite proud.