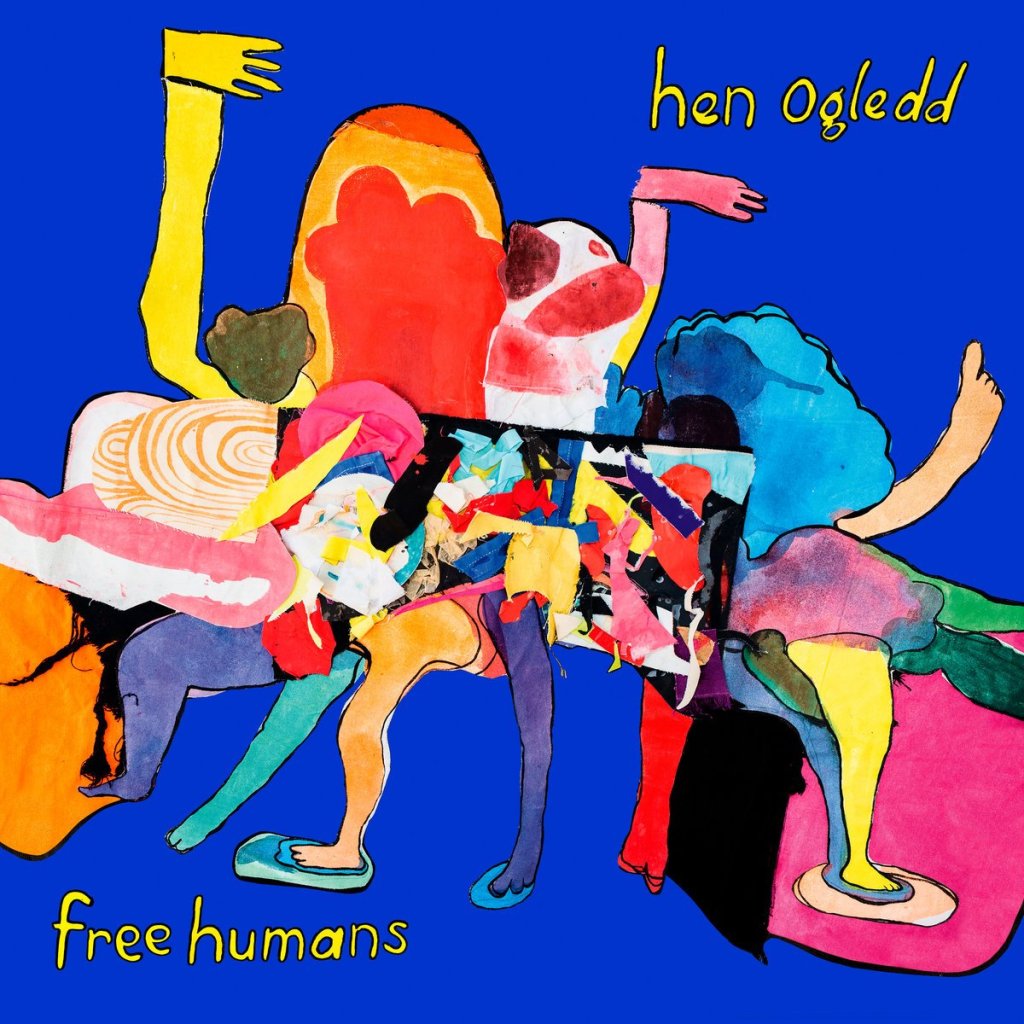 Richard Dawson cites PC Music’s Hannah Diamond as an inspiration for his band Hen Ogledd’s new album, Free Humans, but this music sounds more like the future than most future-pop: specifically, like the last few people sorting through a trash-heap of remnants from the old world and approximating ABBA songs with them. From its two-guy, two-girl lineup to its distinctly European approach to pop (Northern English in this case) to the cold undercurrent that undergirds even its sweetest songs, Hen Ogledd has a lot in common with the imperial Swedish stars—a strange statement, maybe, given that they used to be a free-improv project and still keep a sax player on hand for when they want to turn things up a notch.

Dawson, his partner Sally Pilkington, harpist Rhodri Davies and multi-instrumentalist Dawn Bothwell are clearly denizens of the experimental fringe that meets pop halfway. (On the off-chance that you’re not already a fan of Dawson’s solo work, check it out immediately.) Aside from the frequent intrusions of the avant-garde—as when Davies rings the stunning “Crimson Star” with Alice Coltrane-like glissandos—studio pop hasn’t sounded like this in a long time. Listen how audible Dawson’s bass is throughout and consider how little basslines factor in most pop these days. Many of these songs have an attitude-laden New Wave squawk, with lots of argumentative synths and deranged cheerleader chants.

And their dystopian vision is so much more fun than PC Music’s. The record opens with a sad scene of the UK leaving the EU (but “we’ll wave across the water”), and it gets worse from there. Both “Crimson Star” and “Space Golf” imagine how feeble human activity will look in an Earthless future: “Crimson Star” puts Dawson on an intergalactic cruise ship as a lounge singer, and “Space Golf” puts a leader on blast for thinking he can do just that. These exaggerated space-opera trappings comment subtly on how the concept of the “future” was so much more exciting before we suddenly found ourselves living in it.

That all this space opera is told from a strongly regional point of view is a statement in its own. Popular dystopian fiction tends to subsume the world under one vague, culture-agnostic umbrella: recall the East Asian-ness of Blade Runner, or how Buenos Aires looked like an American suburb in Starship Troopers. Hearing the singers’ thick, regional brogues persevere this far out into a turbulent future is inspiring. Bothwell has, in fact, written a paper on the portrayal of Africa in science fiction; one imagines the Republic of Geordieland and the Drexciya crew of the Grava 4 meeting for an interplanetary picnic.

Free Humans has no shortage of great ideas, but as a listening experience, it can be grating. Many of the lyrics are chanted or half-rapped rather than sung, which gets disconcerting after a while, and they sound like they’re being read off a piece of paper; even the nonsensical “The Loch Ness Monster’s Song” sounds studied. “Trouble” and “Remains” are the kind of malignant earworms they condemn in the very song “Earworm,” rather than a positive earworm like the best pop songs. The track lengths regularly surpass five minutes and push the 14-song set to the entire capacity of a compact disc.

This is a lot of trebly, upbeat music to stomach in one sitting, but Hen Ogledd has evolved into an ambitious and interesting pop project, and it’s hard not to root for them as they make noise to stave off (or herald) the end of the world. Maybe it’ll make more sense in 20 years. After all, music that sounds like the future always requires some catching up.