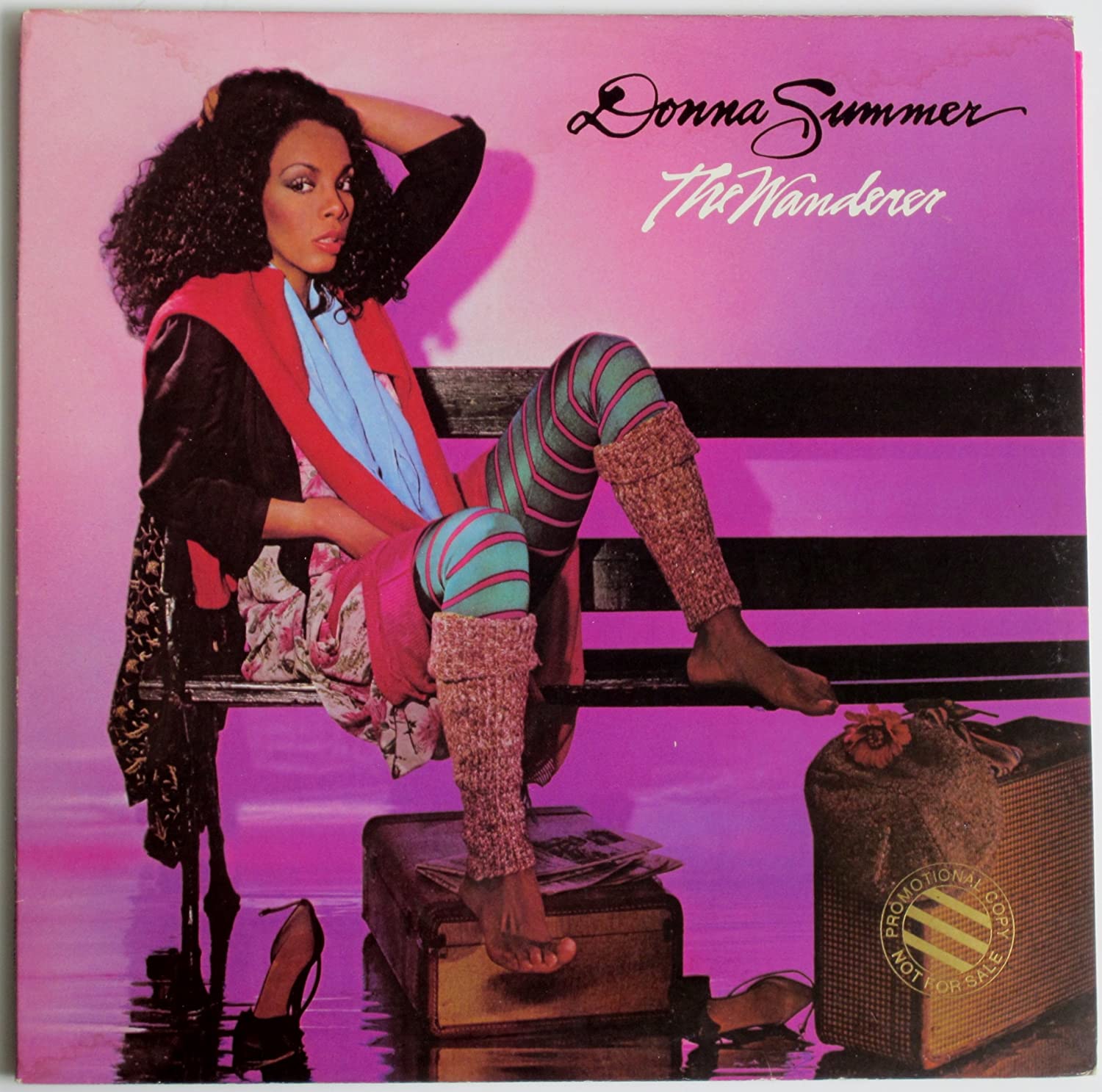 The luster of disco often blinds fans to Donna Summer’s work in other genres. Arriving in 1980 a little over 10 years into her professional career, The Wanderer captures a transition in decades in more ways than one. The line from disco to new wave not only makes sense, it’s mapped out by the former’s innovators; Summer and her pals Giorgio Moroder and Pete Bellote, their last time as a trio, guided one another into the bombastic, glossy rock of the ‘80s.

“The whole world is my home,” Summer announces on the title track, a mantra she followed from a young age. Her trajectory went from gospel to musical theatre, to psychedelic rock, back to theater (this time in German) to heralding a brand new genre (disco). Plenty of artists suffer from restlessness and boredom, but it takes guts to follow through with the changes to escape them. The Wanderer never quite lives up to her disco standards or underrated later new wave material, but it continues the Donna Summer mythos of freedom and transformation.

At this time, Summer became disillusioned with Casablanca Records, a label where she felt she lacked agency. Theses rifts echo in tracks like “Grand Illusion” and “Who Do You Think You’re Foolin’,” moments where the celebrity machine exerts its charms upon her. A recalling of her psychedelic roots, “Grand Illusion” is an unsettling dream, made feverish by elongated synths and Summer’s pinched, nasally inflection. Meanwhile, the anxious keyboards on the latter add gravitas to its central question – how do you escape your calling? Summer’s star loomed so large, she felt it smothering the person she considered herself to be. “I go for best and end up with much less” is an uneasy epiphany after so many years of hard work.

Still, the capricious traveler manages to find joys along her path. Despite her hurdles, she sings of coming out on the other side, often with the help of God. “I Believe in Jesus” is an obvious, lovely giveaway to her Christian rebirth, but “Looking Up” reverberates with religious imagery as well: “I’m coming back to life/ A change is coming over me.” This new lease on life, however, never shies away from her origins, as the rambunctious “Nightlife” showcases. Summer enters her element, the nightclub, on a hard rock chariot and a vocal straight out of “TNT.” This also foretells the rock-pop timbre of Lady Gaga, who like Summer, found some of their earliest inspirations in theatrics. In the same way Gaga swore by the nightclubs of New York for her initial success, Summer found the time to celebrate the aspects of her past that gave her joy.

“When it’s time to harvest you harvest, and when it’s planting time you plant,” Summer reflected in an interview a decade later. The Wanderer feels like planting season for her, a transition that led to such mid-career hits as “She Works Hard for the Money” and Another Place, Another Time. It’s not her biggest nor most underrated work, but without it, Donna Summer could have fizzled out in the dying days of disco. Thankfully, her restless spirit guided her to wander on to a journey that was perhaps even more fruitful.