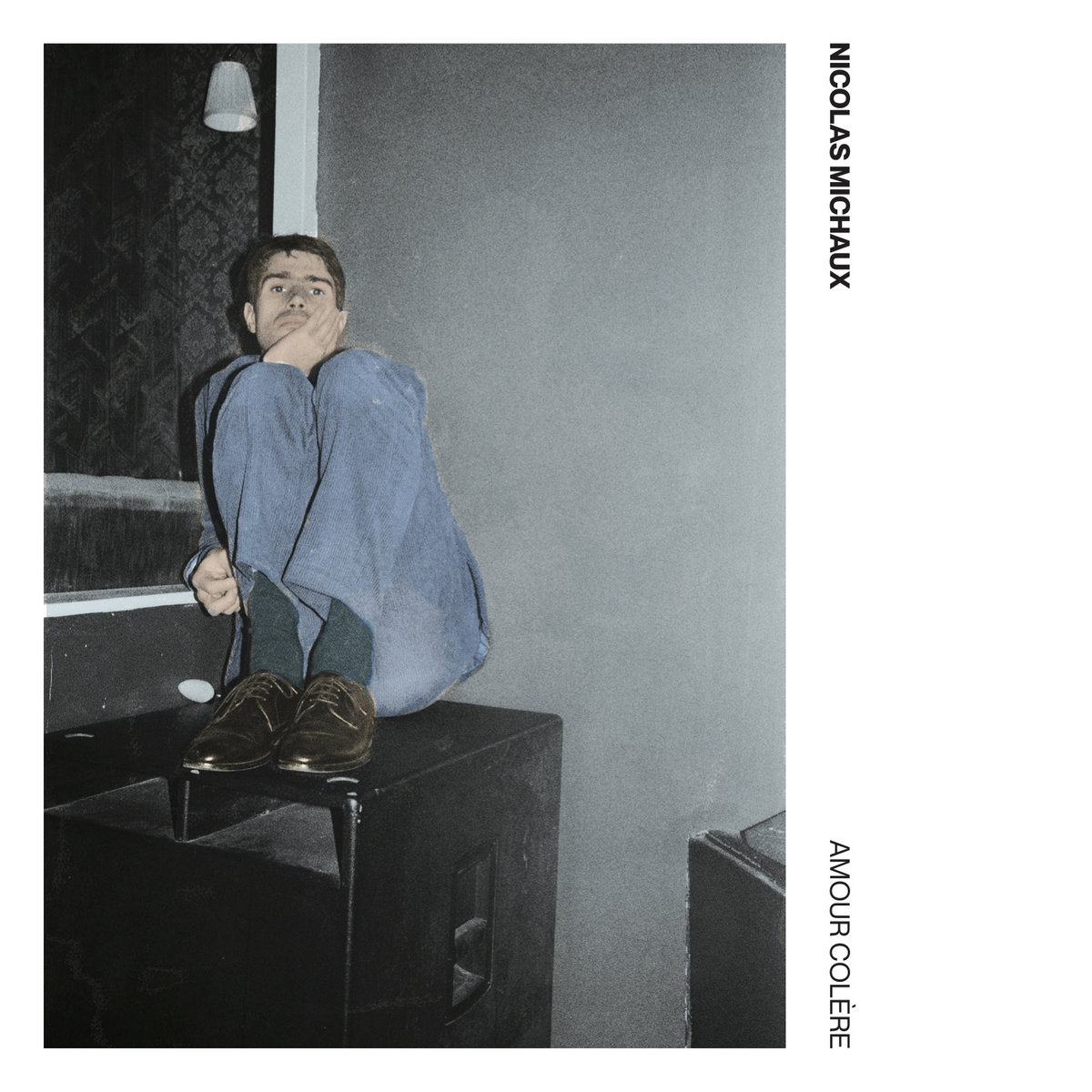 It’s tough to pigeonhole Nicolas Michaux and his new album Amour Colère. Instead of doing just one thing he does several, writing and recording songs in both French and English. Not content with just one style of music, he dabbles in French chanson, early new wave, along with more primitive rock. The Belgian-born singer/songwriter also splits time between homes in Brussels, and Island of Samsø in Denmark, proving he needs multiple locations in addition to working in so many different styles.

One of the intriguing elements of Amour Colère is the way much of the music has been stripped back to the essential elements. The opening track, “Harvesters” enters on a slow wave of bass, drums and guitar. Michaux’s voice sits back never over playing as the song spins out a tale of the nature of love. Simple pleasures are exposed, yet the real truth seems to come in lines that expose the most, “I can see the weariness in the corner of your smile/ It means we’ve been together for a long time.” Weathering the good and the bad is what makes the relationship pay off.

Telling tale of star-crossed lovers, “Nos Retrouvailles” (in English, “Our Reunion”) is a song that feels a tad too exposed. There’s a sense that this French chanson is almost too much as Michaux wishes for the elusive love that still seems possible for former lovers. Sung in French, much is revealed in translation, “Two souls in a flood, two lovers on the run/ Once side by side they rode along as one/ Two pure diamonds under the same straw hat/ In the dark night, I long for our reunion.” The strummed guitar and rhythm section feel unbelievably fragile, as if just a look could shatter them.

There’s a bit of funk to “Enemies” as the drums and bass lock into a groove and the guitars offer a counterpoint. The initial guitar section has a bit of Adrian Belew to it, but that glimmer fades as the song goes on. “Parrot” continues in a Headsian mode, sounding like a track left off of Fear of Music. There’s a snap and crackle to the track that seems out of place with the more gentle numbers that preceded it.

The album has a slightly schizophrenic feel to it as if it’s not completely sure what it wants to be. The tender singer/songwriter songs seem to play in opposition to the punk-ier tracks. To that point, “Factory Town” feels like T. Rex. So, at the end of the day you end up scratching your head, trying to figure out exactly what it was you just heard.

If the goal is to leave you off balance, Nicolas Michaux has done that in spades. One is never exactly sure who he is, or what he’s trying to be on Amour Colère. It’s an interesting, if slightly unfocused trip that could have benefitted from a sympathetic producer.