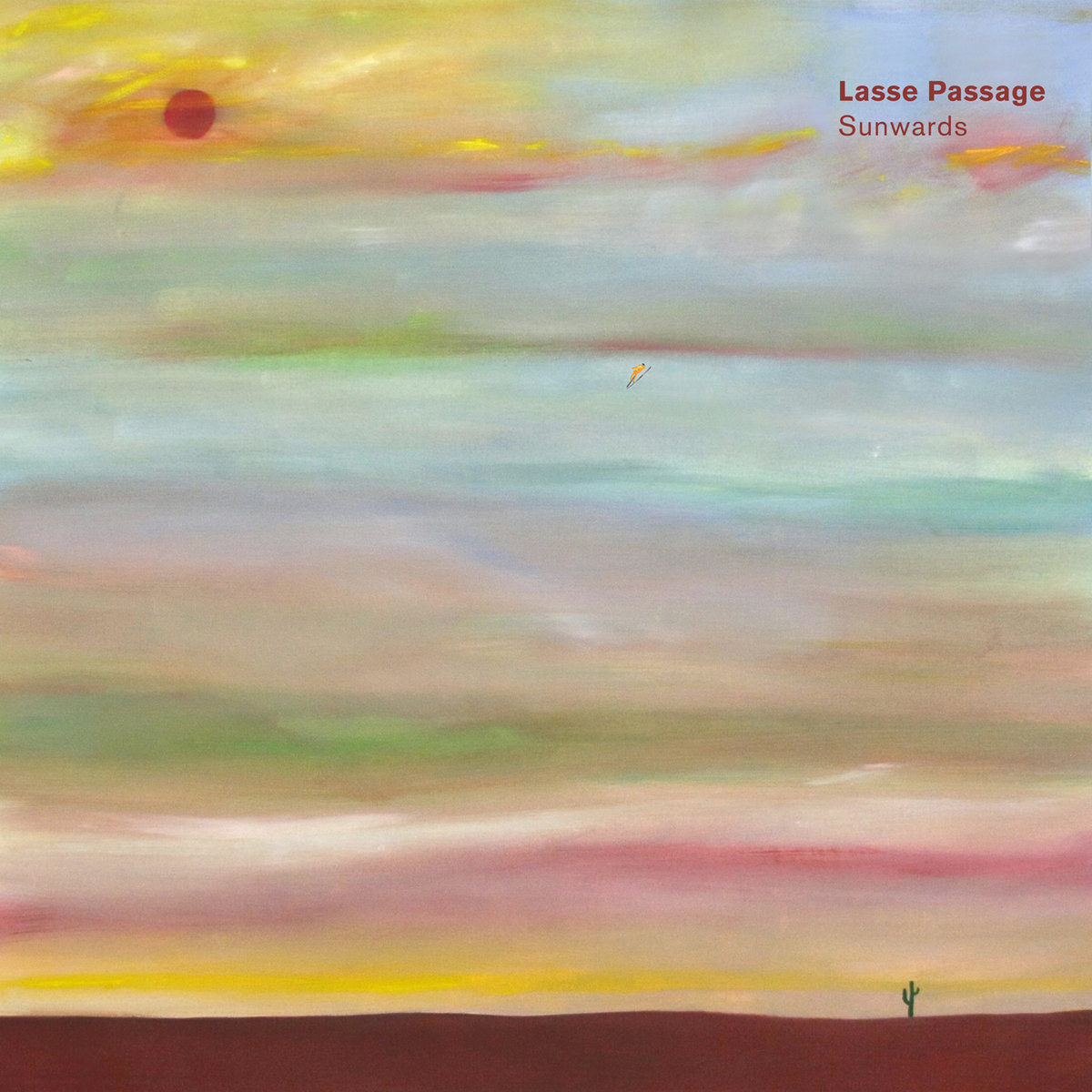 At the start of 2017, Lasse Passage posted to his Facebook “I’ve gone south to write a new album with the working-title ‘Sunwards’. This photo made me remember – that the art of living is always more important than the art you make. Happy new year!”. Three years on, and Sunwards is among us and echoes the same kinds of sentiments as the earlier post: earnest and, no doubt, heartfelt but, perhaps guilty of straying too close to the border between an expression of the writer’s authentic experience and a kind of Hallmark-influenced nod to genre. Similar expressions occupy earlier releases, like 2009’s If You Don’t Have Time to Cook, You Don’t Have Time to Live and the series Stop Making Sense and Start Making Success, Vol 1-4, released over 2014 and 2015. Thankfully Sunwards is much more often the former than the latter, even if in being authentically itself it manages to also occupy the same kinds of wide-and-doe-eyed spaces as Eden Ahbez, where every wave or grain of sand touched by sunlight is evidence of God’s plan.

Key culprit here would be the album’s most recent single “God is in the Nature,” the slightly askew phrasing giving the song an upbeat singalong rhythm and a memorable refrain to return to. In it, we’re told that “If you’re having trouble/ Seeing the light/ Smoke it double/ Get up early and let the day/ Break uncovered ….” Simple harmonies and a soft tambourine make for a quiet pastoral setting, short verses circling back to the chorus and refrain which reminds us that, yes, ‘God is in the nature’. The accompanying video is a similar exercise in loopy aesthetics, grainy archive footage of landscapes and animals mixing with shots of Passage and chums (presumably) experiencing a natural world full of the divine.

“Heartbeat,” a song which refers directly to Passage’s current relationship, notes that “I didn’t play with open cards before/ But the things you trigger is letting me know/ It’s something/ Something that could be good and true/ You increase my heartbeat.” Gentle washes of sound mix with soft trumpets and handclaps, small peals of pedal steel guitar roll around and under the campfire aesthetic. As love songs go, this is incredibly sweet and will, no doubt, be played for decades to come as couples recite vows and doves are sent off with gay abandon.

More upbeat is the album’s title track which kicks off with the admission that “Once the decision was made/ I started smiling/ Is it really so easy to change …,” another one of those charming comments that the easiest thing in the world is to simply pack up and move on, finding, one presumes, fulfilment on the road. Bouncy indie-folk skips merrily along as Passage lets us know that “Slowly I began to feel/ The world is opening to me/ Yeah, I no longer have the need/ For anything that’s not right here.” The upbeat guitar-focus continues into “Something Easy,” a much more upbeat coffee-shop number with accompanying bongos, electric organ and fine dash of humming to give the slightly pointed story of pain and recovery a less acerbic tone.

Lasse Passage specialises in well-crafted guitar folk, offering stories of experience and insight entirely as befits the genre. There’s no denying that the overall tone veers from heartfelt to saccharine and occasionally to the mawkish, the constant rejoinders to ‘live, laugh love’ about as effective in the current climate as the throw cushions such sentiments usually adorn. But there’s a sincerity here too, a commitment to that worldview and a desire to share it, and that might well be the best thing Sunwards has to offer.