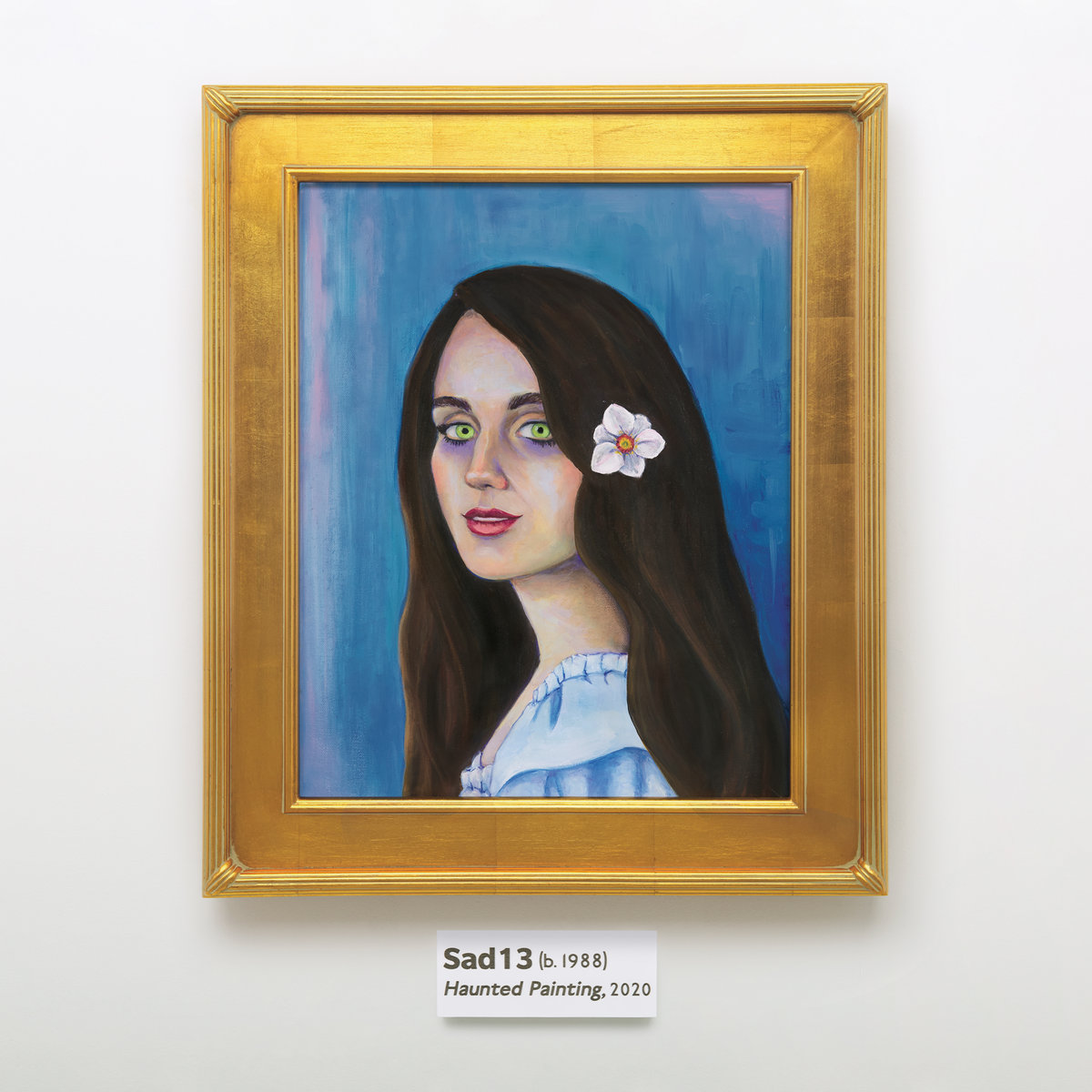 When she started her Sad13 project in 2016, Sadie Dupuis made it quite clear that her solo material should not be taken as a companion to the work of her band Speedy Ortiz. This would be pretty self-evident upon listening to Slugger, the Sad13 debut; rather than a collection of crunchy guitar pop, Dupuis indulged in her fondness for mainstream pop in a way that remained grounded in the unique songwriting perspective she sharpened into a fine point with her other band. However, one got the impression that Slugger was either something of a one-off lark or an indication that Sad13 would be Dupuis’ space to create bedroom pop that had an increasingly narrow appeal. But this time around, Haunted Painting takes those preconceived notions about the kind of music Dupuis makes as Sad13 and chucks them out the window. Instead of creating another bedroom pop experiment, Dupuis crafts a kaleidoscopic amalgamation of her musical and personal obsessions that is as assured as anything she’s done.

Perhaps the most distinct aspect of Slugger was its positivity; even when Dupuis’ lyrics indicated a sense of righteous anger, she was intent on creating music that people could dance to. Haunted Painting, on the other hand, largely does away with that positive outlook. Whereas the solo debut aimed to kill its targets with kindness, the sophomore effort does away with any niceties. “WTD?,” for example, has a pep in its step, but it’s fuzz-laden guitars give heft to the sardonic attack that Dupuis levies at the rich assholes whose power and wealth comes from making people’s lives worse. Her barbs get more personal on the album, as well; “Market Hotel” spends part of its short runtime telling an all-too-familiar story about how it can suck to be a woman in a music scene that sees male as the default.

This isn’t to say that Dupuis’ lyrical gaze is permanently turned outward; on “Ruby Wand,” Dupuis wrestles with her mental health on a song that slowly-yet-abruptly builds to an explosion. Similarly, “Ghost (Of A Good Time)” tackles the social anxiety that comes with not wanting to go out and party anymore. Such details make Haunted Painting the most open album Dupuis has made so far.

The glitchy pop that originally defined Sad13 remains intact, but while Slugger hinted at Dupuis’ indie-rock leanings by way of song construction and tempo, Haunted Painting muddies the waters even further with some more out-and-out rock songs. “WTD?” has more to do with a version of pop radio that existed in the mid-to-late ‘90s than anything really modern, and the album highlight “Oops!…” is about as close as Sad13 gets to the crunch of Speedy Ortiz. Yet the album isn’t exactly Speedy-lite: “Hysterical” holds fast to Dupuis’ intention for Sad13 to be a straightforward pop project, and even the rock songs occasionally rely on electronic drum patterns and synths. Still, Haunted Painting finds the dividing line between Dupuis’ two projects to be even murkier than ever before.

At times, both on Slugger and with her work in Speedy Ortiz, there’s seemed to be a reticence in her songwriting, which only revealed so much about herself. This could make her music, enjoyable though it often was, a little frustrating, as one got the impression that there was something more underneath the surface. Haunted Painting feels like an evolution in this regard: it leaves so much of Dupuis’ thoughts and ideas about herself and the world in frank-yet-poetic terms. That it’s every bit as compulsively listenable as her previous work is merely a bonus.