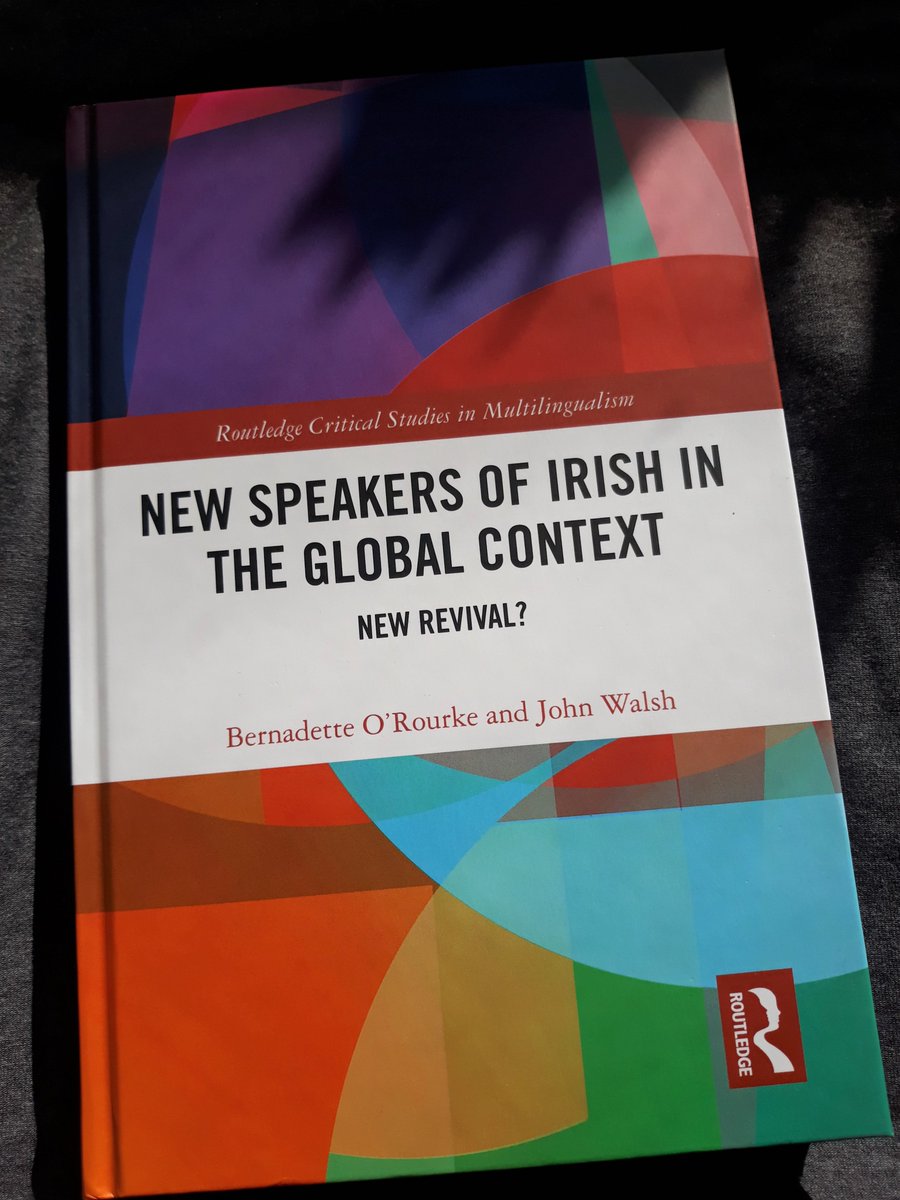 First off, what’s a “new speaker”? Unlike natives, adults who learn languages—often “minority” ones threatened by globalization and tongues spoken by hundreds of millions rather than thousands — choose to take on the often-arduous study of, say, Basque in Spain or Breton in France. These ancient languages differ dramatically from Romance ones, having evolved from diverging branches in our common tree long before the more common European languages had taken the forms we inherit today. Past proponents of language revitalization expected that the dwindling cadres of those raised from the cradle in a mother tongue would spread their linguistic heritage and energize its recovery — against the impacts of English, Spanish, French or German in the modern era. In New Speakers of Irish in a Global Context: New Revival?, contemporary scholars such as Bernadette O’Rourke and John Walsh argue for a different model, one that includes their own stories, as new speakers reviving old tongues.

Nineteenth-century notions romanticized the position of those in the last redoubts, and often idolized those on the margins as possessed of an “ideal, legitimate, authentic and traditional speech.” Many of the activists credited as leaders among those championing Basque, Galician, Occitan and Irish itself came from the ranks of committed adults, inspired by folklore, politics, religion, and/or poetry to “salvage” their threatened motherland’s speech from the ruin left by the imperial, monoglot fatherland. Meanwhile, these natives themselves found their futures compromised. Instead of feeling free to send their children out into a capitalist economy that demanded that they conform to the imposed imperative of speaking the same words as their supposed betters, employers and neighbors beyond the enclaves on the edge of Europe, these families often felt relegated to reservations, as it were, that preserved an endangered species.

Therefore, in rethinking sociolinguistic verities, O’Rourke and Walsh seek to free new speakers from their “dependent category.” Indigenous nations now demand the right to determine their own destiny, and how to integrate their community language and their individual expression of it regardless of how pure or untainted it evolves apart from the pressure of the majority language. Similarly, new speakers, in the view of these co-authors, deserve the chance to share their own stories. These, as both writers also testify, reveal how autobiography and narrative perspectives lead learners to build their “social worlds.” This flow between the two academics, who profess positions both as veteran participants and well-trained observers, energizes this exploration.

Additionally, New Speakers of Irish fulfills a need. The choice to acquire a “small” language less spoken in daily life differs from that of a second-language learner taking up English or Spanish. O’Rourke and Walsh turn to Benedict Anderson’s inevitably cited concept of the “imagined community” within which a mature self-identity becomes voluntarily constructed, as belonging.

Over a hundred interviews enrich the findings in this book. Usefully divided into five sometimes overlapping categories, these merit mention, for they demonstrate the variety of learners today. They start with “experts” whose competence nears that of natives. Then, those who use native models as templates, and who may pass as natives. Third, a hybrid group mixes Irish with English. Next, those brought up outside the traditional regions of those born into Irish who were raised speaking the language, but who do not consider themselves truly native. Finally, those who rank at some stage on the “learning trajectory” as active users. Notably, those outside Ireland in this rank come from the United States. There’s also a few who were brought up in Irish-identified areas but who did not speak that language, or who mostly used only English.

The chapters unfold with the expected coverage of government policy, sociolinguistic identity, academic frameworks, linguistic theory and analysis of the data gathered from those interviewed. While O’Rourke and Walsh only invented their “new speaker concept as an analytical lens around 2010,” both professors have immersed themselves, both as academics and as learners, within the scholarly frameworks they investigate, adding a valuable personal perspective all too absent from typical research into language identity and ideological invention.
Last of all comes a welcome section on ciorcail chomhrá — a circle of comrades or neighbors — what O’Rourke and Walsh analogize as “safe spaces” for the conventional “few words” of the language confessed to by hesitant learners phrased in Irish as “a few words” in cúpla focal. These enclaves provide a necessary place to situate the influence of not only classrooms but conversational fellowship. Their firsthand scrutiny by these two authors meets a practical need.

One aspect deserving more attention remains the medium of the internet and concomitant materials used by international leaners, who tend to lack access to in-person means of acquiring fluency and reinforcing lessons. The difference between learners who can benefit from their children attending schools with instruction predominantly within Irish in Ireland itself, and those who live abroad where no street signs, labeling of products or even the ambient but undeniable legacy of a language hinted at in places, people’s names and venerable sites remains subtle but persistent as an additional barrier between cohorts. A few of the authors’ peers have begun observing this phenomenon, admittedly after a quarter-century, an ever-evolving context where its innovators and clientele join in taking baby steps across cyberia. Perhaps future scholars will delve deeper into this corner of the field, given interconnectedness of learners across boundaries, which allows for the first time ever those in far-flung regions to at least hear and strive to match the accents and patterns of languages long thought dormant.

At last, New Speakers provides the depth and direction needed for those following in the tracks of Bernadette O’Rourke in Glasgow and John Walsh in Dublin. That is, those scattered both in the countries of origin and those in the diaspora of emigrant communities and those beyond any ethnic ties, who take up languages for their sheer magic. Together, may they restore vigor and represent commitment to the continuity of these Celtic cultures through their signature speech.