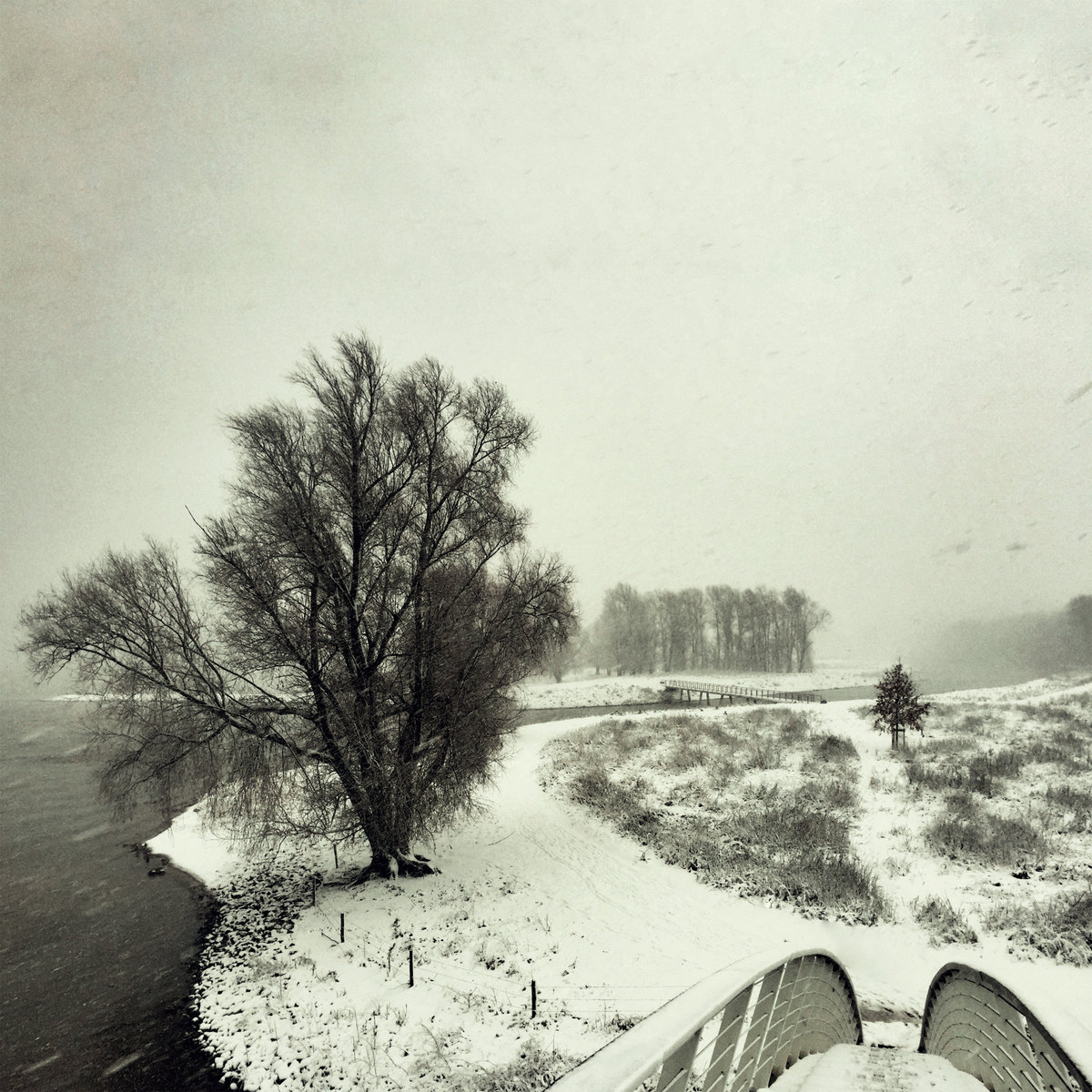 On their Bandcamp page, the Dutch electronic duo Beequeen write that, “Winter is a mysterious season. The season in which the sun is positioned farthest away from yourself on earth, bringing cold, darkness and uncertainty. But also, a hushed beauty, stillness and silence.” The two tracks on their new album Winter are thus framed as, if not formally Dark Ambient, certainly darkly ambient in tone and reach. But those expecting the usual dungeon-synth drones and hums suggested by the duo’s own press notes will be immediately perplexed.

Frans de Waard and Freek Kinkelaar have been working together since 1988, pulling their collaborative name from a shared admiration for Joseph Beuys’ 1955 pencil and watercolor work “Bienenkönigin.” In that time Beequeen have released an impressive 13 singles and 23 albums, crossing a range of genres beyond the sonic explorations of Winter.

“Early Winter” opens with a quick tempo hammering matched by an aptly buzzing modulation, a growing hiss-and-hum emerging from beneath the Krautrock intro. The hammering–less metal-on-metal than a kind of found-object-struck-repeatedly–continues unabated while other noises flare and die, or are uncovered and flower. From the outset, it’s unexpected and thrilling, particularly in that the objects and sound sources, for the first four minutes at least, all appear to be organic and analogue; the hammered object sounds like soft wood, there’s a crinkling of paper, the static of wind across a microphone. Of course, none of these might actually be the case, but there’s a cohesion of sonic influence here that encourages the listener to link the sounds together as a way of providing some sense to the whole.

At four minutes the piece fades into a second movement and, in so doing, introduces one of the central mechanisms of the album’s two compositions, where each will be broken into sections and transitioned via fades rather than discrete ‘act breaks’. The sound of nails being pulled from wood is added as the hammered rhythm vanishes and finally, as high-frequency radio squeals are manipulated, a gentle guitar line enters and settles. With this, the third compositional element is in place; Winter lays sound beds of earlier recordings (sometimes from much earlier in Beequeen’s history) with manipulated field sounds and foley-like effects, often with unobtrusive musicianship settling in to become the dominant element. “Early Winter” continues to match feedback and radio noise with synth sweeps and a solo guitar, occasionally letting one group of sounds overwhelm the other before pulling back to give the counterpart room to recover and establish a presence.

Later into “Early Winter,” a field recording of someone practicing on a piano is included, the muted dialogue of conversation and sounds of people moving on a hardwood floor kept in place while other insectile noises grate and gather, pushing through to the foreground before fading once more, held at bay temporarily by the soft piano chords and added synthetic treatments. Yet before one relaxes entirely, glitchy synthetic rhythms return and intrude, ensuring that “Early Winter” resembles more the work of sound artists like Étant Donnés or The Hafler Trio in its ability to both lure one into, and then thoroughly upend, the more-easily anticipated ambient gestures.

“Late Winter” continues the compositional template, starting with a repeated piano motif and including the hum and noise of the recording as part of the sonic artefact. As with “Early Winter,” it’s the addition of those extra noises, the static and hum of audio processing, that helps give a sense of age to some of these recordings. However, unlike the first track, this feels slower, the anticipated transitions between sections taking longer to play out even as the irruptions and interruptions remain, at times, as grating and incongruous as before. The soundscapes include more obviously synthetic sound sources alongside the extended field recordings, just as there’s a more obvious nod to sound processing with delays and reverbs, tremolos and other distortions moving in and out of focus.

While Winter might seek to echo the “cold, darkness and uncertainty” of the season, it’s in the processes of construction more than in the specific sounds that uncertainty can be experienced. For listeners who come to Beequeen familiar with the more outré ends of the soundscape spectrum, there might be no particular surprises. But this doesn’t make the album any less interesting, and its play with rest and interruption, pause and upset makes for highly enjoyable uneasy listening.