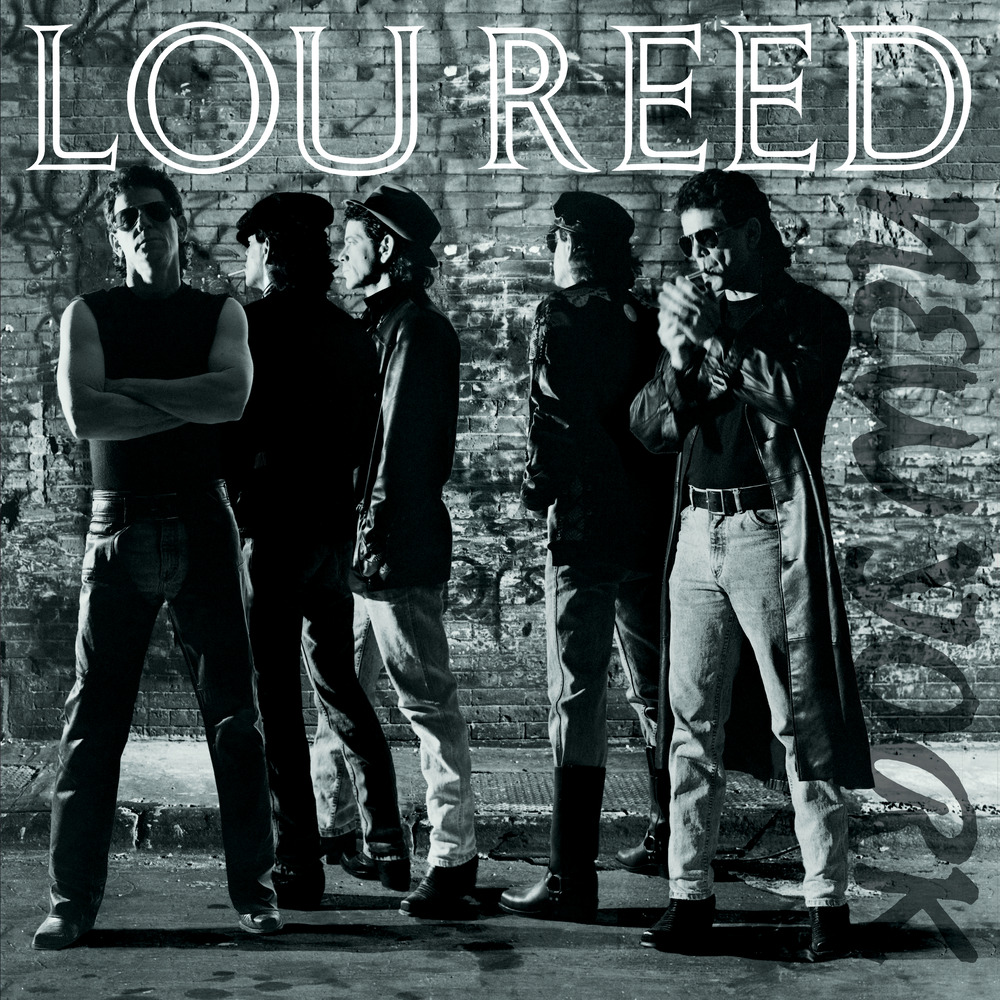 Lou Reed spent much of the 1980s flouting what was expected of him. After spending much of the previous decade as a druggy, openly queer glam idol, Reed began the ‘80s by extolling the virtues of heterosexual monogamy on 1982’s otherwise brilliant The Blue Mask before alternately taking another crack at the pop charts (New Sensations and its throwback lead single “I Love You, Suzanne”) and making some of the most alienating music of his career (1986’s misbegotten Mistrial). In essence, Lou Reed was trying to be anything other than what he was before, but he wasn’t sure what the New Lou Reed would actually look like. He arguably never did find that new image he was looking for, but by the conclusion of the decade, he found that his old persona as the snarky poet of his hometown’s underground was more necessary than ever before.

The New York that Lou Reed sings about in New York was a city in transition, one recovering from the chaos and uncertainty wrought by a financial crisis in the 1970s. It was a city that was partially booming thanks to the rise of Wall Street and the financial industry, yet it was also the epicenter of the extreme inequality brought about by the Reagan Revolution. Furthermore, the queer community that Reed had ingratiated himself in during the previous two decades was reeling from the AIDS crisis, a pandemic made worse by the inaction of an uncaring government. It was, in essence, a city in minor chaos, and Reed confronts that chaos head on throughout the album. Wisely, Reed offers little in terms of trying to make sense of what’s going on around him; he’s not here to offer explanations. Instead, he presents the city warts-and-all as a microcosm of society as a whole, with different characters playing their part in the grand story of the city.

The album’s two most pointed (and successful) critiques-as-stories come early on: “Halloween Parade” portrays the city’s traditions (in this case, the annual Village Halloween Parade) as a source of strength for marginalized groups, yet Reed can’t help but linger on the tragedy of so many friends and acquaintances who aren’t attending the festivities because their lives were cut tragically short. Immediately afterward, “Dirty Blvd.” starts off as the desperate tale of Pedro, a poor kid being beaten by his father, but that story spins outwards into a condemnation of enforced poverty with Reed laying out a city that could have penniless immigrants being victimized by unscrupulous landlords while the rich attend operas at Lincoln Center without a care in the world. Elsewhere, Reed laments the plight of the city’s homeless (“Xmas in February”), turns a suspicious eye at political figures who claim to have all the answers (“Good Evening, Mr. Waldheim,” which has some of Reed’s more regrettable observations) and even takes aim at the idea of musicians being able to change anything (“Last Great American Whale” contains a sly reference/jab at John Mellencamp, while “Strawman” asks if Reed should even be doing this in the first place). To call New York a socially-conscious album would be selling it short, since it implies that Reed is providing instructions or even his own opinions about society. It’d be better to call it socially aware, since Reed is simply portraying what he sees in a way that only he ever could.

The key to what makes New York such a compelling work is Reed’s distance from his songs. Rarely does Reed speak in his own voice throughout the album, choosing instead to frame his ideas as stories told from varying perspectives that reflect an aspect of the city’s ecosystem. It’s here where Reed’s musical instincts serve him particularly well; after spending much of the ‘80s making albums replete with gated drums and so, so much reverb, Reed pares everything down on New York. The arrangements here are relatively spare, even on more muscular tracks like “Strawman”; everything is written in a pretty conventional rock setting. Some of this could be Reed getting with the times; the late ‘80s saw the rise of a “back-to-basics” movement in mainstream rock spearheaded by the commercial success of Tom Petty and, yes, John Mellencamp, among others. Yet, one could argue that the straightforward rock arrangements are necessary for Reed’s stories to work. By making the music as bare bones and as approachable as possible—and this is by far the most approachable album Reed had made since arguably Transformer—Reed places greater focus on what he’s saying. Reed could sometimes be too clever or idiosyncratic for his own good, but New York proves that Reed knew the power of speaking plainly, both with his words and with his guitar.

The extras on the deluxe edition of New York offer a little in terms of curiosities, but the demos are largely inconsequential. While it’s interesting to get a look at the process of making the album, there’s little to be uncovered here that the finished album doesn’t already reveal. What’s more interesting is the live material. To say that Reed was an inconsistent live performer would be putting it very, very mildly. However, a large portion of the live material included here—all pulled from shows on his 1989 tour—finds him invigorated, excited to perform the album in person. Reed’s stage banter is snarky and delivered in his unmistakable Long Island drawl, but he sounds more playful than bitter, and the album really comes to life in a live setting. He sounds so invigorated that one almost doesn’t want to hear the live versions of “Walk on the Wild Side” and “Sweet Jane” that are also included here because you know that Reed wouldn’t approach those songs with the same verve. (A cursory listen proves this to mostly be true). In every respect, New York was a project that seemed to give Reed a new artistic lease on life.

A few critics have argued that New York is a conservative album at its heart, which I would think misses the point entirely. Yes, some aspects of the album haven’t aged well at all, and Reed doesn’t offer much in the way of explicit condemnation. However, given the level of detail and the clear empathy Reed has for his subjects and the sneering contempt shown to figures in power, it can be argued that there’s plenty of condemnation on the album, even if it isn’t spelled out clearly enough for the sorts of people who seem to need everything spelled out for them. After all, Lou Reed was never a political firebrand; he was a storyteller, and the story he tells here is one of a city and people in crisis, but also of a city and people willing to stand up in the face of adversity and flip off the people making their lives worse. As we’re finding out now, that’s the kind of story that transcends time and place.