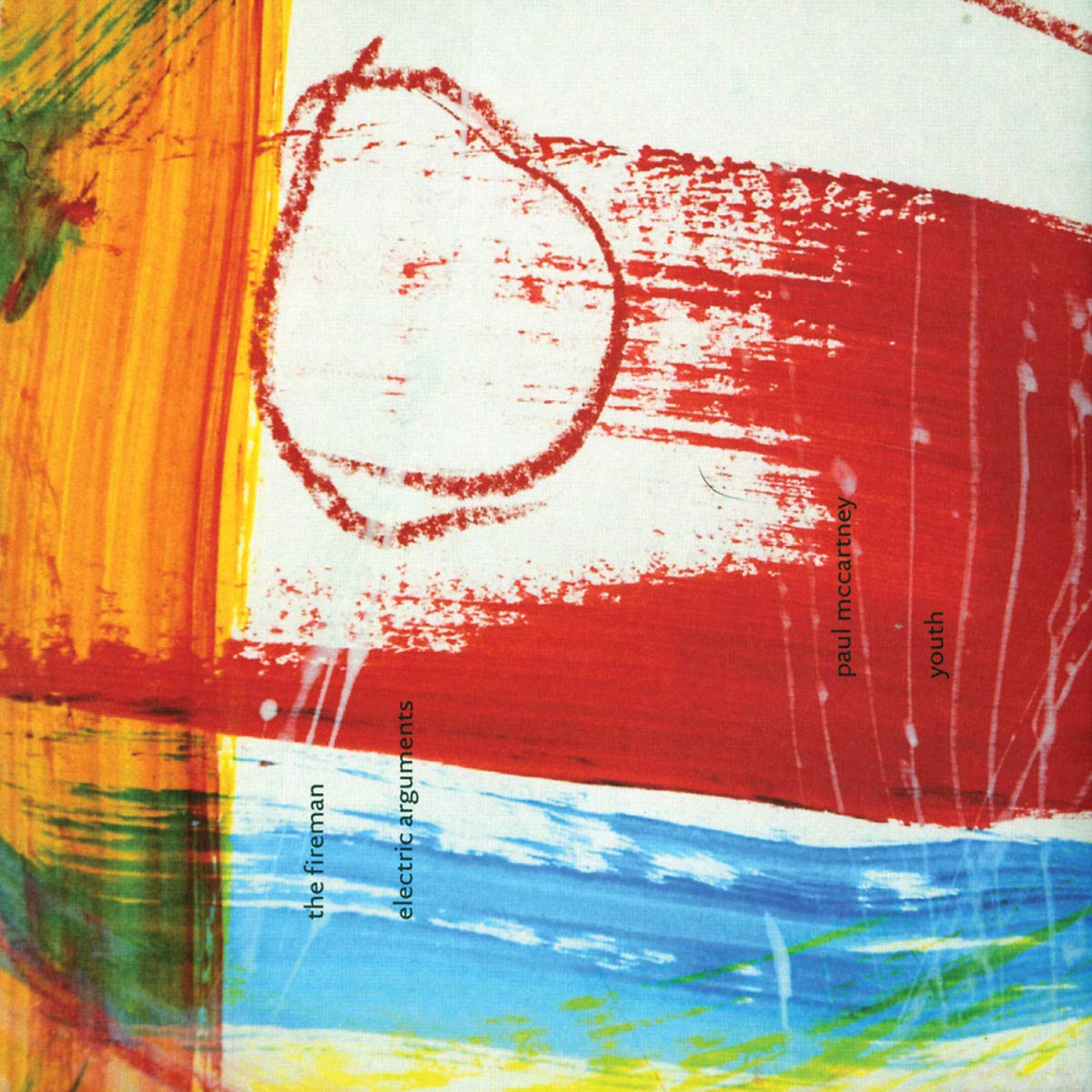 Paul McCartney doesn’t get enough credit for his experimental tendencies. Both during his time with the Beatles and after, he’s been viewed more as the hitmaker, the saccharine songwriter, the one most likely to drive his car down the middle of the road. But if you look closely at his career, you’ll find plenty of weirdness and dabbling. Nowhere is that clearer than in his early work with producer Youth as The Fireman. Their first couple of albums, where McCartney’s role was kept secret, are ambient soundscapes that ignore song structure or vocals in favor of mood. Their most recent record though, 2008’s Electric Arguments, splits the difference between unconventional tones and more traditional songwriting. The result was one of the most vibrant albums of McCartney’s late-era discography, a record worth diving into once again.

The album was recorded by McCartney and Youth in only 13 days over the course of a year. It gives the record a looseness that’s harder to find in McCartney’s solo work. Each track has its own style, creating a collage of sounds that offers something to everyone. Do you enjoy it when Macca cuts loose and rocks out? “Nothing Too Much Just Out of Sight” is the most aggressive song he’s done since “Helter Skelter,” its guitars, fuzz bass and drums stomping like Godzilla, as he roars with a fury that many thought to be no longer possible from him. “The last thing to do was to try to betray me,” he growls with some real darkness and grit, a stunning vocal performance.

But aggression is one of many ways to light up all the right parts of your brain. “Lifelong Passion” leans into the ambient sensation of earlier Fireman work. Youth covers the track in sparkling, spacey vibes, eccentric drums and warped, stretched out instruments that turn a simple harmonica line into an otherworldly beam of light shooting across the soundscape. “Let me hear your sweet, sweet laughter/ And your loving conversation,” McCartney sings in a beautiful declaration. “Is this Love?” starts with a flute arrangement that sounds like it should’ve been in a Lord of the Rings score, before moving into something far stranger as Macca’s vocals blend into the atmospheric background of foggy synths and laid-back drums. Close your eyes and let this track wash over you.

Two other highlights in the same vein mostly discard lyrics in favor of impressionism. “Lovers in a Dream” kicks off with sinister, warped strings, before swerving into an electronic soundscape punctuated by sustained, blurred guitar lines. “Universal Here, Everlasting Now” moves from a classical piano introduction into a shadowing rumble, erupts into a mix of propulsive drums and poised guitar melodies, then falls back into the piano refrain. It’s like going from a clear day into a raging storm and then out the other side.

Even on more straightforward songs, McCartney shows an unexpected vulnerability. After a wind-up toy intro, “Two Magpies” cuts to a gentle acoustic ditty, but with a fragile vocal where he sings, “Content to cry/ No more to lie/ In truth with you/ To face down fear.” “Travelling Light” also contains unexpected delicacy, this time centered around touches of keyboards, flute and mountainous backing vocals. McCartney keeps his vocals low to the ground, sounding like a bard weaving a tale of love in a silent tavern.

Of course, Macca can’t resist having a couple of big, anthemic songs in the mix. But those tracks are great, so why not! “Sing the Changes” shines with an ascending vocal that floats above echoing electric guitars and bright atmospherics. “Highway” rides along with a strong guitar riff and a shout-along chorus. “Dance ‘til We’re High” sounds almost like a holiday song, with its deep, reverberating piano and guitars and ringing bells. When joined by a buoyant string arrangement, the song creates a sense of serenity, where music elevates you to another state.

Electric Arguments feels like one of the most carefree albums McCartney has ever worked on, creating a sense of him following the music wherever it takes him. Youth deserves just as much credit for giving those creative atmospheres from real gravity and power in their arrangements. It’s an album made with joy and freedom from expectations – a vibrant artistic expression of vitality that proved that McCartney still had plenty more music to offer the world.