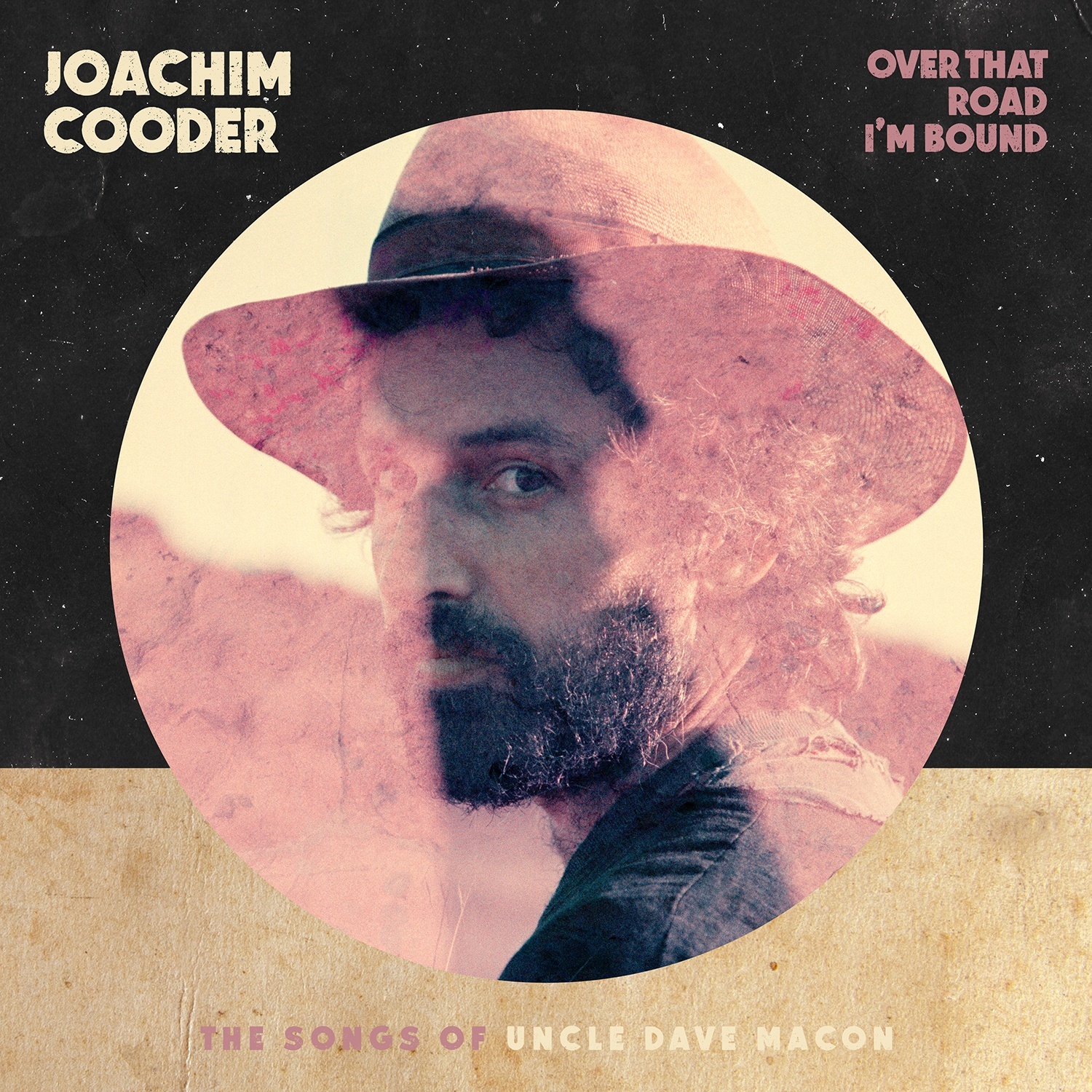 While bloodlines are important, what’s even more important to a musician is the ability to hear the music in your heart and soul. Joachim Cooder does just that on Over That Road I’m Bound. A distillation of banjo player Uncle Dave Macon’s music, Cooder eschews a traditional vantage point, instead reworking the lyrics and melodies to create a hybrid that works with his chosen instrument, an electric mbira (a variation on the African thumb piano). From that starting point, with his young daughter as his musical director selecting the songs, what emerges is an album unlike anything you might expect.

Taking late 19th- and early 20th-century country tunes and transforming them into something combining world, folk and ambient music is a tall order. Yet Cooder’s approach pays dividends as these songs now feel like a natural part of this century’s musical order. Macon played a seminal role in the evolution of American music, and the cast of characters assembled to perform these tunes includes a couple of other seminal figures, Ry Cooder and Vieux Farka Touré. Especially important to the sound are fiddle player Rayna Gellert, bassist Sam Gendel and backing vocalist Juliette Commagere.

A song like “Come Along Buddy” shakes off the rust of generations that inhabits lines like, “Left my home months ago/ Now I’m standing at your window/ Something sure is smelling good/ Maybe you’ll share some if you could.” They detail a life that has long since passed. Yet, musically, it feels like something surprisingly modern thanks to the way the mbira changes the nature of the song. It places things in a different strand of time, forcing one to look at the song in a new light.

That same process occurs over and over again. While the songs may not necessarily be familiar to modern audiences, presenting them in a new context makes a world of difference. The percussion that starts off “Oh Lovin’ Babe” is reminiscent of the Who’s “Magic Bus,” but very quickly a more laconic vibe sets in. Perhaps what is most remarkable about all these tracks is that while they are all traditionally country in nature, what emerges is something rooted in the tradition yet miles from it at the same time. It’s almost as if this is a country album for people who hate country music.

So much of “Backwater Blues” is anything but country, yet at its heart, it’s as traditionally country as it gets. The drone and bells starting things off are a million miles away from the roots of the genre, yet the song’s vibe is pure country even when the guitar of Vieux Farka Touré adds tonal qualities that are distinctly African. That is to Cooder’s credit. Rather than being wedded to tradition, he’s more than willing to transform moments to add to the magic.

Over and over, Cooder finds ways for these songs to shed their old skin, placing them in a context that seems to surprise and delight. The song that perhaps seems closest to old-time country is “Rabbit in the Pea Patch.” The fiddle brings out the song’s essential country flair. While “Morning Blues” sets Cooder’s mbira front and center, giving the song a new context while the vocals seem to place it squarely in a country seam.

Rather than stressing the bluesier aspects of “All in Down and Out,” Cooder finds a way to encapsulate the tune. Instead of emphasizing the sense of being on the edges of society, the vocals are played incredibly straight, creating something closer to folk than country. The song ends up with a gentleness in direct opposition to lyrics that stress the devastation of folks living through hard times. “Heartaching Blues” offers something akin to Tom Waits, which is part of where the revelation lies in Over That Road I’m Bound. The musical recontextualization of this collection establishes the essential character of these songs. They speak to a human condition that at its heart really hasn’t changed. As a people, we are still seeking the same things our forebears sought.

What Joachim Cooder has done with Over That Road I’m Bound is to find ways to make these songs ring true for a new generation. The album speaks to the human condition in ways that few might have thought possible.