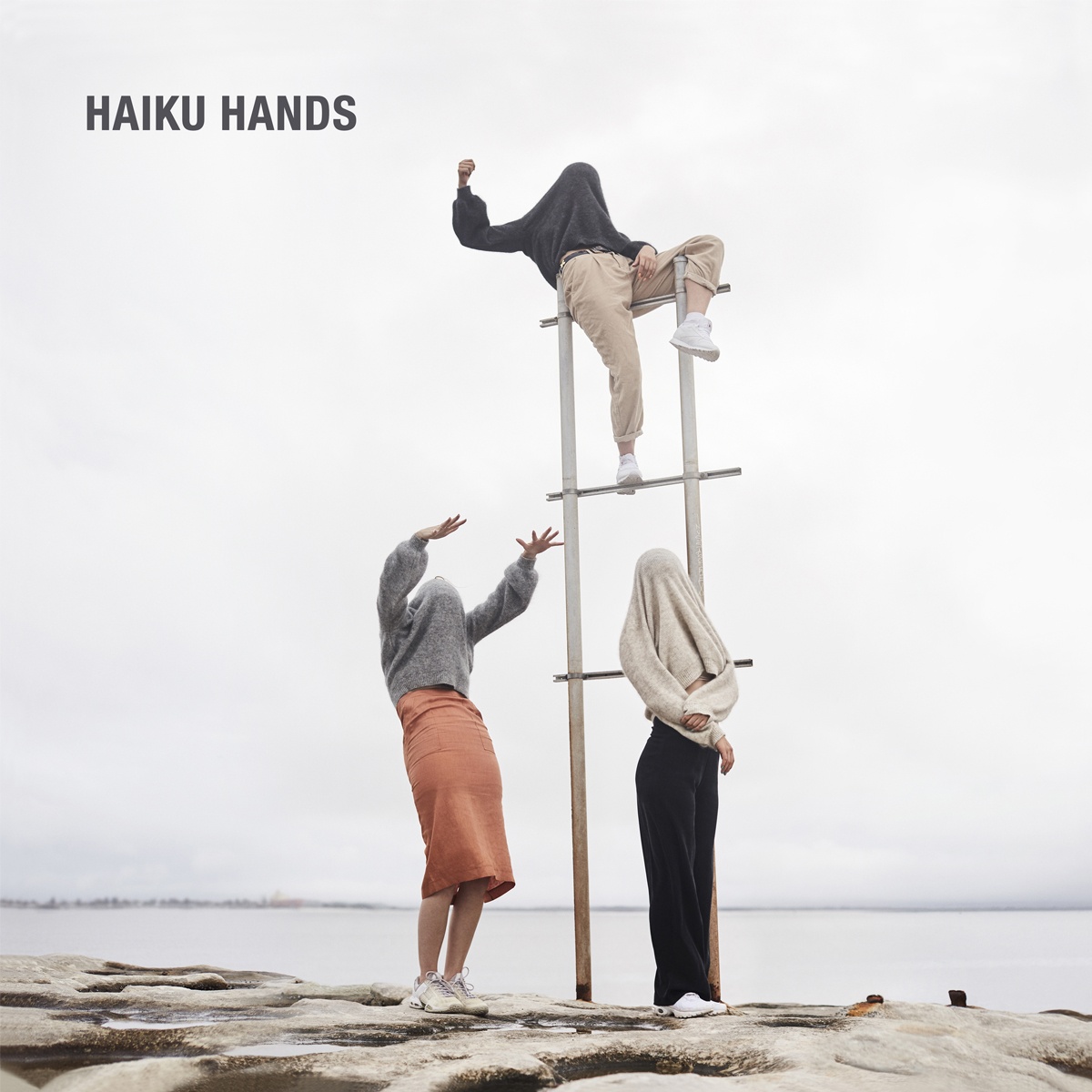 Most people likely assume that all musical acts assemble with clear cut visions and objectives in mind; Haiku Hands never pretended to follow a game plan. Hearing the Australian collective describe their formation reveals less of a set plan and more of an experiment. As artists of different backgrounds and mediums, they assembled themselves the way a scientist tinkers with various substances, combining disparate elements just to see what happens. Like any experiment, sometimes nothing happens, and sometimes it sets off a chemical reaction.

Haiku Hands’ obvious comparison is someone like M.I.A., whom the girls match in more than just style. Their omnivorous taste, the mischievous lyrics – these are textbook MAYA. The gunshot percussion at the finale of “Not About You” comes as just one production example. Like her, the trio drudges through all sides of pop culture for inspiration, and then turns it on its head. It reads like our scroll-singed brains: “I love what you’ve done with your look/ What do you think of God,” just fickle attention spans spitting out existential questions laced with aesthetic choice.

A tragedy to be sure, but Haiku Hands wants you to find what humor you can in it. Member Beatrice explained inspiration came to her from an anthropologist and sociologist she worked for; he also performed his studies to children as a clown. His awareness-via-entertainment methodology is mirrored in the trio’s status as “good consumers.” They embrace the flashy and the brash only to use them for disrupting your expectations; “eat my cake” becomes “share my cake” a minute later, a full transformation over the course of the intro track. Fannypack and Bloodhound Gang (“Manbitch”) likewise come to mind, irreverent chants and tongue-in-cheek delivery that hide a lot of heart (well, in Fannypack’s case that is).

The songs that leap from Haiku Hands’ living canvas typically exude themes of adventure and hints of danger. Armed with the confidence of youth and the defense of cheek, they trample down obstacles while riding atop beats made of Miami booty bass, sleek contemporary dance music and indie rock. What their vocals lack in technique or timbre they make up for with volume and numbers. “And when it comes it comes”, they threaten on “Eat This Bass,” sounding just as fearful as the guarantee of incoming menace. It signals the dissonant, elephant-like synths in the chorus of “Super Villain,” stampeding towards their objects of desire.

Perhaps because it does irreverence so well, Haiku Hands rings a bit hollow on more sincere efforts. “Car Crash,” though pleasing during the verses, delivers a lazy, repetitive chorus, “You’re fuckin’ awesome” – thanks, but your listener wants to know the why of that statement, too.

Really, Haiku Hands’ focus needs to hone in on the aggression and the strange. When “destruction reigns” (“Mechanical Animal”) and the screams of terror cut through the beat (“I See You Baby”) is when they capture your attention. So long as they draw these conclusions, their future experiments will yield additional and more exciting results.

With more elements at their disposal than ever, La Femme embrace camp and a shimmering sou…