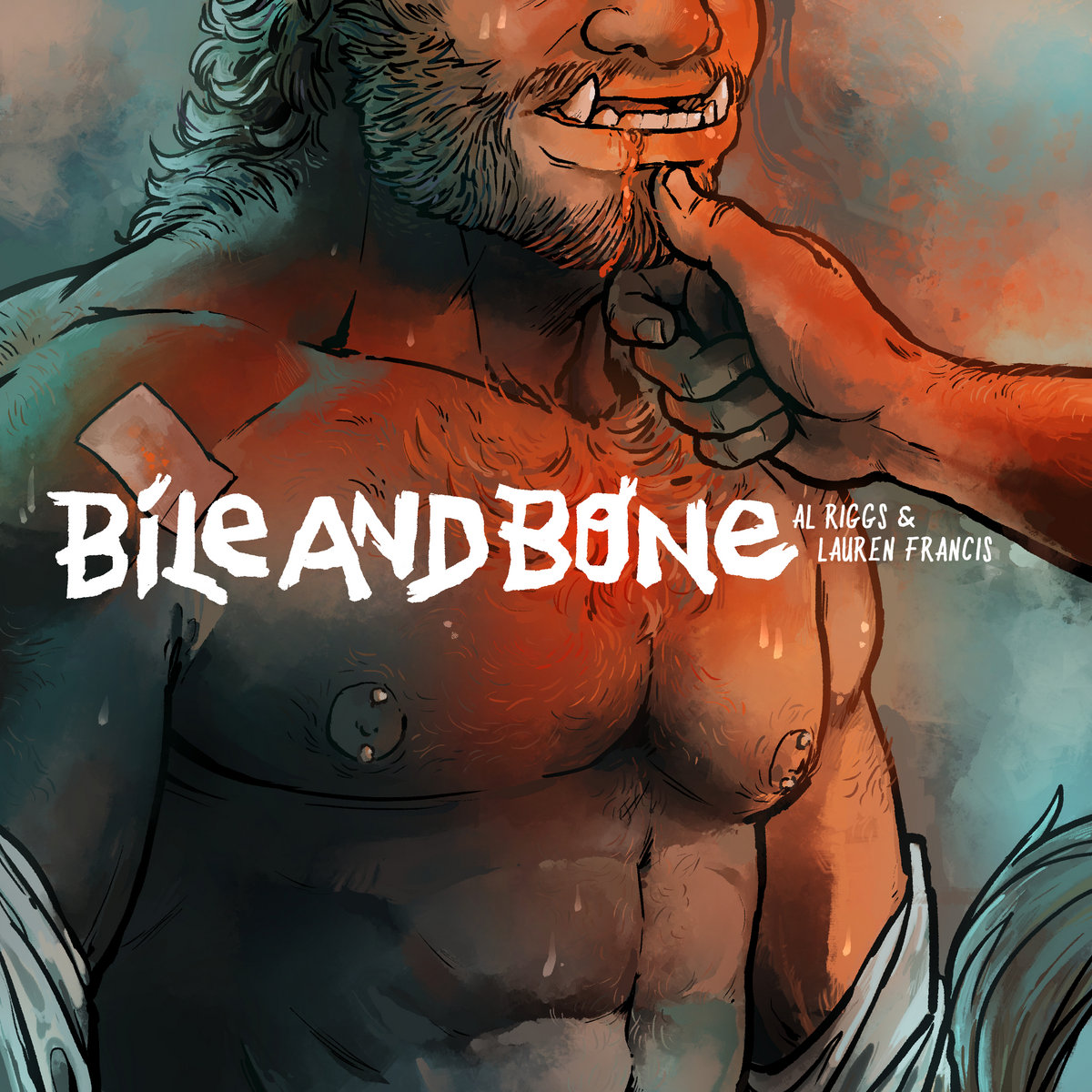 Because there are only so many hours in the day to devote to art, any time allotted to follow the work of truly independent musicians can be a warped combination of moneyball and treasure-seeking. If you’ve paid attention to Durham, North Carolina’s Al Riggs at all, it has felt exactly like that: yet they’re a star that will inevitably take off. Chalk it up to their songwriting, a charming and heartfelt blend that regularly packs in honest depictions of neurodivergence, queer feels and good ol’ fashioned religion-based angst effortlessly, or the fact that they’re just so fucking prolific. Their newest, Bile & Bone, is roughly the 30th album released under their name since 2016 – to say nothing of the truly bonkers amount of singles and detours they’ve released in the same time span.

For those keeping score, Bile & Bone is the moment where you realize that your investment has paid off in extraordinarily satisfying ways. To really get the full effect, listen to it after spending time with 2018’s We’re Safe but for How Long or even this year’s Ganglian; all of those albums felt like they were working towards this one. Produced by longtime collaborator and guitarist Lauren Francis, Bile has been in the making for nearly two years, during which time the two have tinkered with everything that was already magical about Riggs’ work and has made it more obvious. They’ve always been a talented songwriter, but Francis’ production is what makes the record all the more special. Every inch of this album is truly gorgeous, stripping away the lo-fi hiss of their previous output and rendering it with just the right studio gloss to make everything that was already magical about Riggs’ work all the more visible.

Bile’s best stories are ones about the ways objects, locations and even those around us can be warped and changed, adding layers of mystique to items as innocuous as ‘70s gas masks, scrambled eggs, and jackets, but stripping away foregone conclusions like “werewolves are bad.” The narrator of opener “Werewolf” is the lover of the misunderstood monster, clinging to their reaction to calling themselves a “Southern peach” and arguments about Kenneth Anger to help keep eyes on the human inside: “I knew what I signed up for/ Great nights being enveloped in matted hair/ Mornings you shrink, I keep your arms around me tight/ Mornings you’re paranoid you did something in the night/ And in the mornings I tell you what you did was just right.” On “Love is an Old Bullet,” they namecheck anti-gay singer Anita Bryant and turn her into a Halloween mask before invoking the image of “a Nazi armband, under glass/ The clerk’s permission you have to ask,” each a way of holding the worst part of our culture at arm’s length.

The title track revisits those themes to tackle the ugly truth of American life, evoking the image of “a cardboard Confederate flag, always in freeze frame of being flown” before issuing a moment of dark comedy: “I should not be in a place where I am on my knees each night praying for my leaders to be shot on sight/ But hey, here we are,” they sing among a pattering drum machine beat. Acceptance is the overarching theme within Bile – acceptance of your wolf-monster boyfriend, of your crumbling country, and of your neurodivergence, a subject that gets tackled on two of the album’s best songs, the aching “Apex Twin” and the soaring finale “Past Few Shows.” These two songs document the early departures and avoided eye contact accompanying the act of existing in social spaces while on the autism spectrum in ways that feel honest, while also failing to sound either self-deprecating or overly saccharine, which feels triumphant and deeply satisfying.

Bile & Bone is every bit the electrifying hi-fi treatment as those by equally talented songwriters like Sam Beam and John Darnielle, who both similarly stepped away from the ripple of the Panasonic hum. And like Our Endless Numbered Days and Tallahassee, it’s a shining example of what happens when artists are given the sonic tools that match their talent. The world created here is so inviting and so well-built that you almost wish it went on just a few minutes longer. The way the abilities of Frances and Riggs complement each other is spectacular, and that makes Bile one of the most surprising albums of the year.