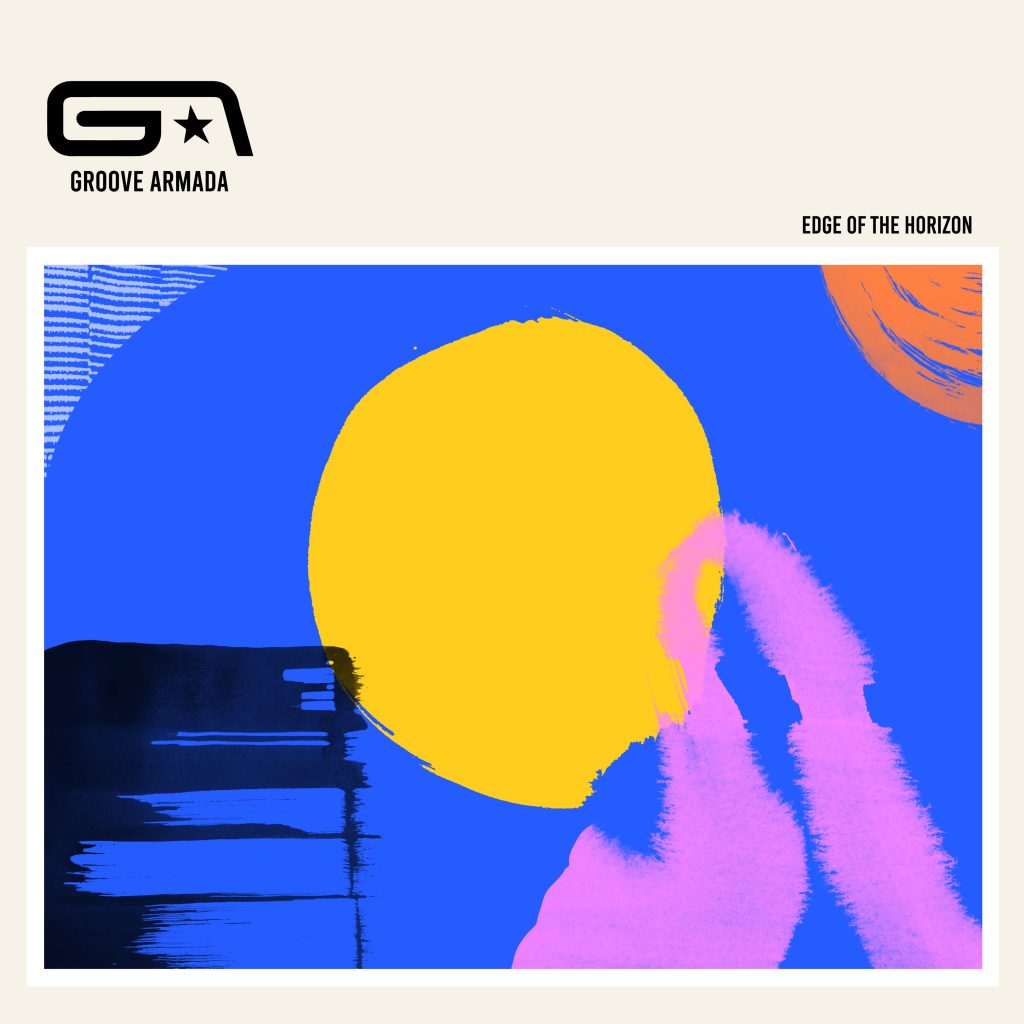 Looking at the world through a fun-house mirror, Groove Armada’s Edge of the Horizon seems to alter the world around it. Yet in reality it alters nothing. From a band that made Patti Page hip on “At the River,” re-contextualized Sandy Denny with “Remember” and introduced a new generation to Riche Havens with “Hands of Time,” the new album is a bit of a disappointment. It’s not that the album is bad, it’s just not exciting. There’s no punch.

Tom Findlay and Andy Cato have been at this for a long time, and that seems to be part of the problem. With Cato staring down his fifth decade and Findlay already there, the urgency is lacking. Despite a promising beginning, “Get Out on the Dancefloor” doesn’t really make one want to move despite a strong synth opening. Nick Littlemore does what he can with the vocals, but they’re part of the problem. When he sings, “Please keep the grenades/ Safe from me/ All in my veins/ Baby, I wanna seem insane,” the issue becomes obvious. Why seem insane; isn’t it better to be insane, especially these days?

The more successful “Holding Strong” not only feels big, it is big. The stately pace of the synths and drums work wonders as the song builds. A plea to stay true, the line, “The seeds of time are flowing on my friend/ Only love with conquer hate again,” notes a truth that bears repeating. With a massive ending, this is the kind of song that can really get things moving, especially when the bass and synths kick into overdrive. Yet the climax strips things back instead of heading for the stratosphere in the final moments.

Instead of being an album for the dance floor, Edge of the Horizon seems more like music for a cocktail party. The grooves aren’t strong enough, and the pace tends to be too stately. There are moments when things seem to come together, but just as often it all feels unfocused. The wood block on “Edge of the Horizon” goes on too long and the synthesizer parts sound like they’ve been heard before. Still, the second half has moments when it all comes together before a spoken word section tears it all apart.

Perhaps the most egregious error is “Lover 4 Now.” Dated doesn’t even come close to explaining how bad this sounds. The lyrics tellingly reveal the band’s shortcomings: “Her words are like a song on the radio/ Stuck in your head but nothing meaningful.” Which really is the point. Groove Armada know how to create great songs. They’ve done it over and over again. Just not on this album. There’s not a lot that’s meaningful.

In a sense this is all like minor league Daft Punk. It’s close, but the seasonings never quite come together. Which is not to say that Groove Armada can’t come back from this. They’ve had their share of albums that didn’t quite measure up, but it’s hard to see the Edge of the Horizon from here.

Suzzy Roche and Lucy Wainwright Roche: I Can Still Hear You

Mother and daughter find reasons to hope during dark times. …