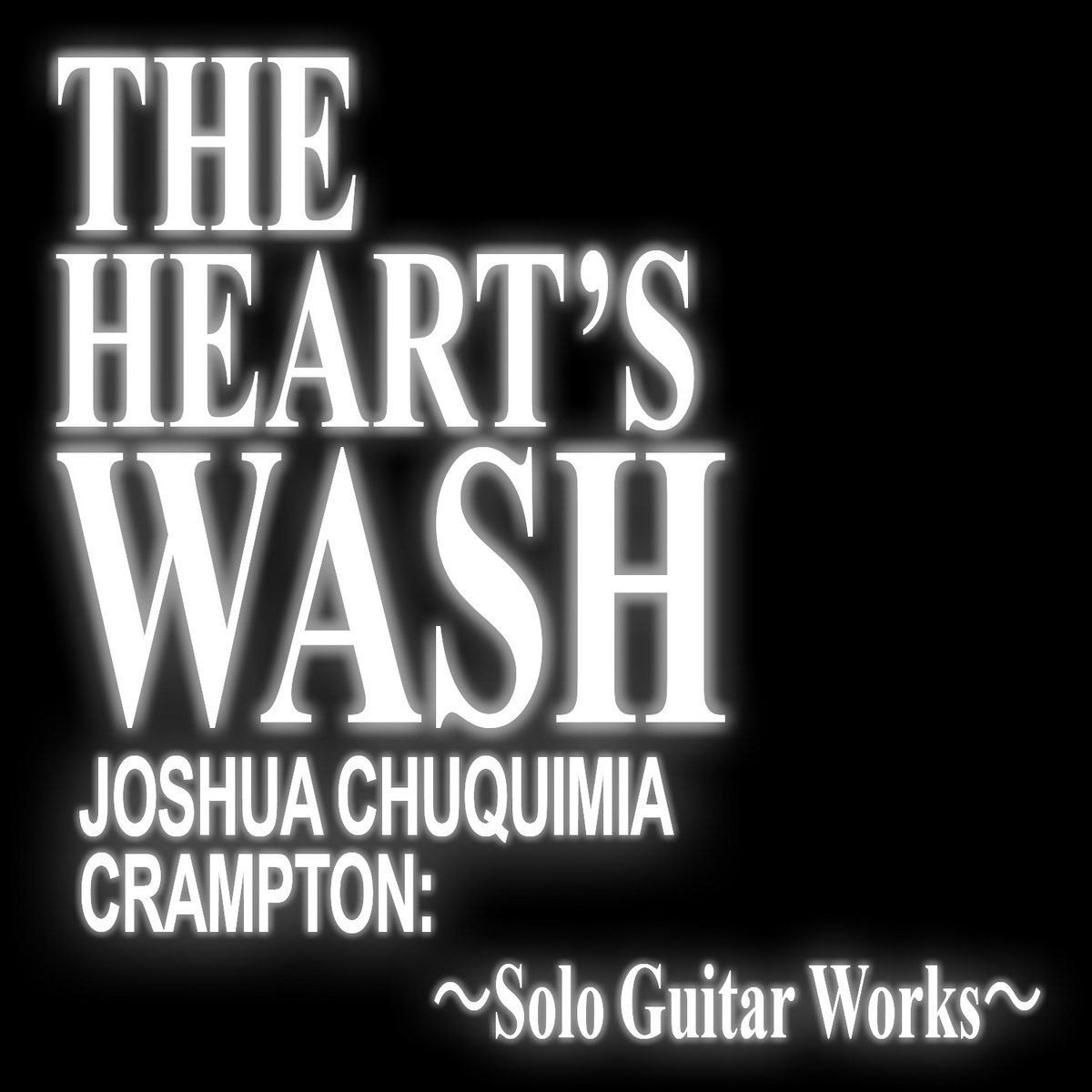 There’s something a little anticlimactic about an album blowing your mind instantly. Will we ever experience it the same way again? The albums that stay with us the longest tend to be the ones that we resist at first but which fascinate us, and soon we go back, and back, and back. We love them before we even know it. This is what we hope for when we say we want music to challenge us.

The Heart’s Wash, the debut collection of solo guitar instumentals from the L.A.-based musician Joshua Chuquimia Crampton, is nothing if not challenging. It’s 96 minutes long, for one, and there’s nothing here but guitar and an occasional sudden, staticky soundbite from the tape to which Crampton recorded these 15 pieces. He calls it an album for “meditation and prayer,” but we learn quickly that this doesn’t mean chill-out music, and many of these pieces push into the red. This is a big album, and for a certain generation of listeners, just feeling the weight of its squat 2-CD jewel case brings a promise of adventure. Look closely, too, at the cover. Though its black design looks formidable at first, the faintest glow shines from the lettering, a light in the darkness.

Crampton’s guitar billows under clouds of distortion, each chord erupting forth like a volcanic plume. The crackles of his amplifier are like those of a flame, and the quieter tracks, like “The Heart” and “Sacred Beasts,” feel like conflagrations slowly growing and spreading. His great downward strokes yield beautiful chords, not the conventional sevenths and ninths musicians use to make things pretty but knotty, tricky ones that seem borrowed from heavy metal, audible only at the raw edges of the distortion. The chug of a rhythm guitar has a centering effect that can make a listener feel very powerful, and we get that same feeling here. This is an album about deriving spiritual power through people and nature, so metal is an appropriate genre to mine.

Not including any other instruments was a canny choice, though a few tracks cheat and allow in more than one guitar. Music made on a single instrument has a uniquely eerie quality that’s hard to replicate with more orchestrated music, as the presence it generates often feels larger than the sum of the actual sound. The spaces between the notes, which here are pregnant with static, become more important than when other instruments fill up space. The physical exertion of the player on the instrument becomes more central, too. Crampton is a martial artist as well as a musician, and there’s the sense that just by playing this music he’s putting himself through some sort of spiritual purification.

It’d be inaccurate to say you forget you’re listening to just one instrument as The Heart’s Wash rolls on and on, but eventually, you think less about the fact that it’s a guitar and more about the weird architecture it creates, the physical force being exerted, the raw and bleeding textures contained within each chord. Crampton rarely reprises or cycles back to ideas, track divisions are sometimes sudden or vaporous, and the album has a linear feel. But it doesn’t really pull us deeper into an abyss, like a lot of albums this length try to do. We stay centered, and we watch it pass by.

It’s understandable if you don’t want to spend enough time with an album like this to let it grow on you like it deserves. But this is not necessarily the kind of album you need to listen to back-to-front (though doing so is the best way to appreciate its vastness). One of its CDs is dedicated to spiritual connection through people, the other with animals; some new age tapes work like this, where each track occupies a side of the cassette and you can as easily listen to both in sequence as choose one depending on your mood. Just the same, it’s satisfying to start in the middle and loop back around, or maybe pieces like “Axolotl” and “The Heart” will take on lives of their own independent of the package containing them. The size of The Heart’s Wash doesn’t suggest an arduous journey as much as the fullness of a place, an alternate dimension you can go to sometime when this one becomes too dark.