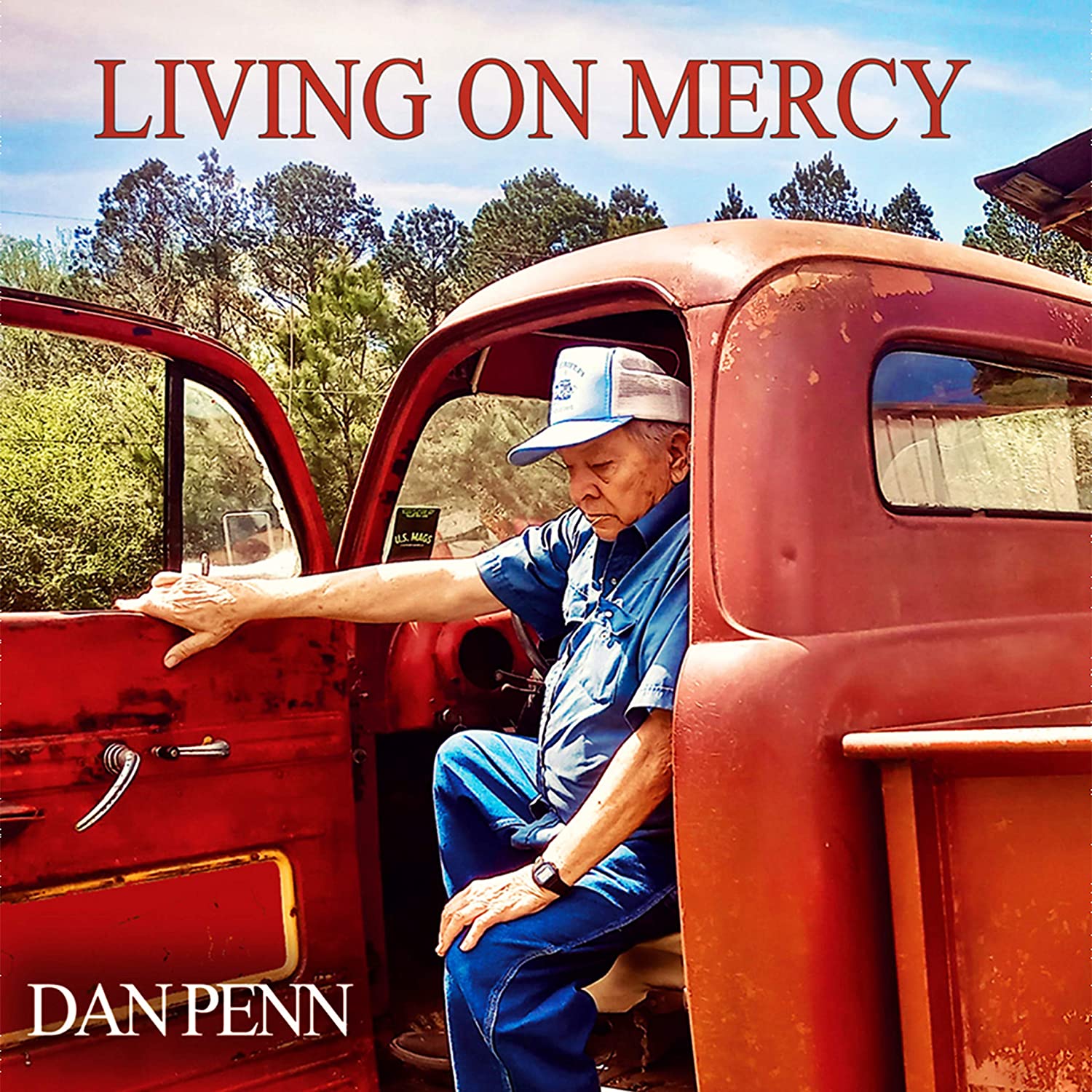 Dan Penn sure does take his time between releases. This year’s Living on Mercy is the follow-up to 1994’s Do Right Man, which at the time was his last album since 1973’s Nobody’s Fool. Not that he has any reason to rush things, having penned more than his fair share of unimpeachable soul standards which have been covered by some of the biggest names in the business. The fact that he’s managed the three albums he has – each brilliant in their own right – seems like an added bonus for fans of just plain great songwriting, regardless of the genre. At nearly 80 years old, Penn could well have rested on his laurels, safe in the annals of pop music history as one of the truly great writers of all time. Instead, he offers up 13 tracks both new and old, either written or co-written by himself and a handful of pals, including long-time songwriting partner and fellow living legend, Spooner Oldham (“I Do”). Like his recording pace, nothing on Living on Mercy is rushed. This is all laid back Southern charm with a hint of country and soul throughout.

Delivered in a voice that sounds barely older than that heard on the 1999 live album with partner Oldham, Moments from this Theater, the title track plays with the idea of aging and heartbreak. The former is somewhat newer lyrical territory, while the latter has long been a staple of Penn’s repertoire. By mixing the two, “Living on Mercy” plays perfectly into Penn’s lyrical and vocal strength’s as he sings of no longer eating right or sleeping as he did before, ostensibly due to his advanced age. Yet instead he flips expectations, revealing these afflictions as not something solely related to a 79-year-old man, but rather one who is living on mercy because his paramour’s “love nearly killed me/ A thousand times.”

One of the album’s strongest tracks, “Down on Music Row” offers a soulful look at trying to play the songwriting game by Nashville’s rules, something any aspiring artist can easily relate to. It’s ironic to hear a legend like Penn singing about how hard it can be to catch a break in Music City, but it ultimately plays more as a cautionary tale for how easily the machinations of the assembly line production of modern country music can kill the hopes and dreams of any aspiring artist. In other words, don’t sell your soul for a chance at stardom in a city with more songwriters per square mile than just about anywhere else as it’s only gonna wind up breaking your heart and crushing your hopes and dreams without a second thought. Wise words from a man who’s been in the game long enough to realize things ain’t what they once were.

Everything on Living on Mercy falls within roughly the same metronomic and thematic parameters, cruising along at mid-tempo and heavy on love won and lost. Ably performed and warmly produced, it’s as timeless as the man behind the words, making for a pleasant if somewhat homogenous listen. “See You in My Dreams” rides a vaguely funky groove that is reused – albeit nudged a few clicks on the metronome and intensity level – on “Soul Connection.” Meanwhile, “One of These Days” and “I Do” share an almost identical intro with their high hat sizzles and guitar slides into the first chords of the song.

Yet instead of sounding like a formulaic result of the Nashville music factory, these similarities serve more as templates for how to put a song together, performed and recorded by folks who’ve been doing it for more than a generation and with a great deal of success. Not quite a victory lap or late-career attempt at rediscovery by a younger, hipper audience, Living on Mercy is instead another fine – if somewhat unexpected – installment in a legendary career, delivered with a workmanlike precision that also serves as a masterclass in soulful songwriting from one of the best who’s ever lived.