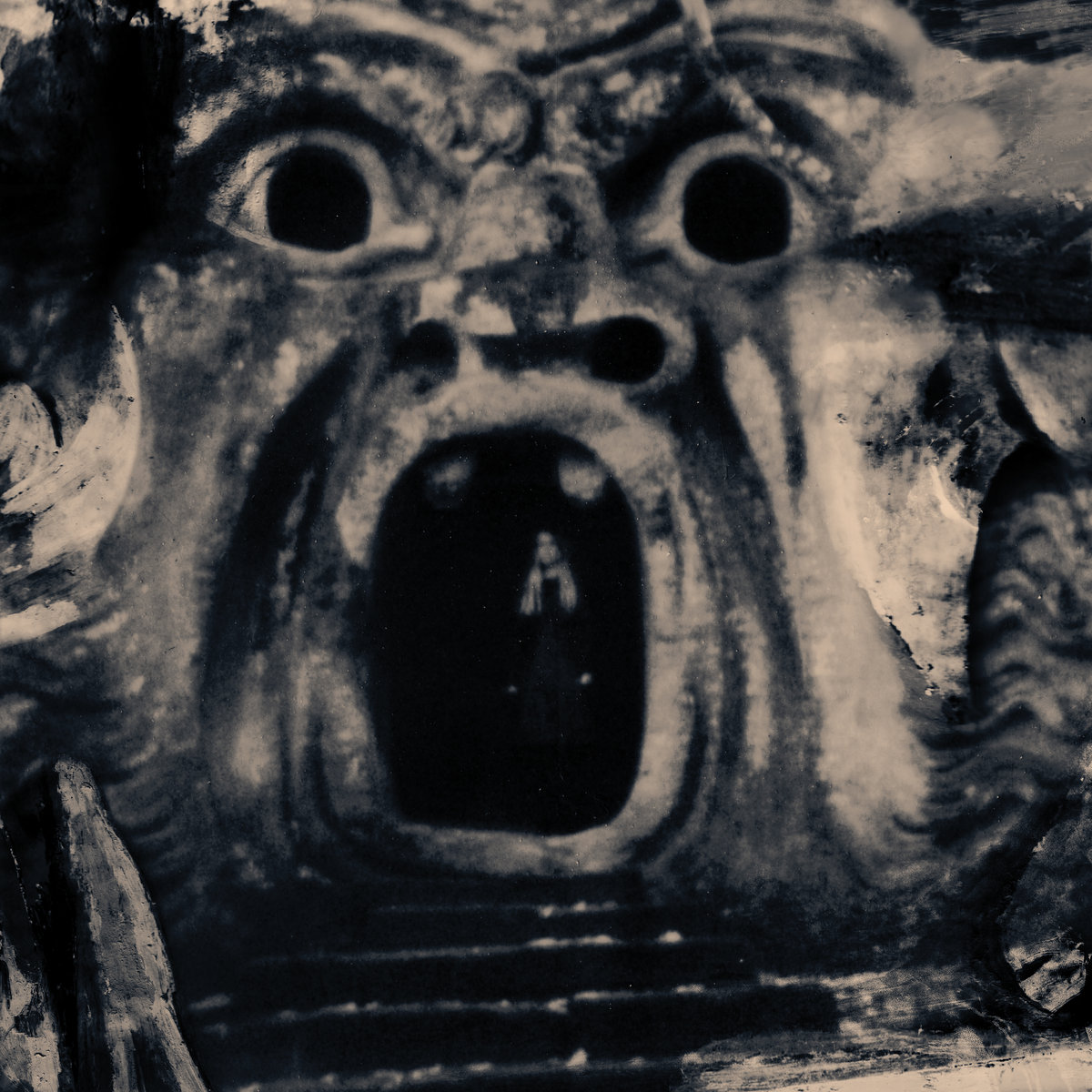 All Thoughts Fly is one of those albums you can appreciate on a completely surface level, taking in Swedish musician Anna von Hausswolff’s singular approach to the pipe organ and the myriad sounds contained therein through drones, overtones and a little post-production work here and there for good measure. Ever since 2012’s Ceremony, von Hausswolff has shown herself to be an impressive new voice within the world of the avant garde and modern classical minimalism, reinventing a centuries-old instrument for a modern era in easy both singular and unexpected. Using a compositional approach built upon the use of drones, repetition and room sound, von Hausswolff’s recordings have been often somewhat ominous, certainly haunting affairs. The cover images alone from her previous two releases – 2015’s The Miraculous and 2018’s Dead Magic – could be perceived as the stuff of nightmares. But it’s the music that accompanies these images that ultimately proves most affecting, both in their startling use of the pipe organ and the strange, often mutant beauty created therein.

And while all of this applies to All Thoughts Fly in equal measure – the gorgeous/hideous/ugly/sublime nature of the music and the haunting album cover – the package here is at its most striking and effective. The cover image serves as a sort of gateway into both the music contained within the album’s haunted grooves and the history of the place that served as both the location for the photograph and inspiration for the music. Sacro Bosco (literally “Sacred Wood”) in Bomarzo, Italy, is unlike anywhere else on earth and, looking at pictures of the 16th Century gardens and the myriad nightmarish, fantastical sculptures contained therein one can get the sense of how and why such a place would inspire von Hausswolff to create such a work as All Thoughts Fly.

Gazing out from one of the more well-known sculptures – the so-called “Orcas Mouth” – von Hausswolff looks as though she were about to be swallowed by some unearthly, grotesque demon composed entirely of stone. It’s an absurdly effective visual representation of the sounds to be heard on the album and very much in keeping with the Southern Lord aesthetic (this being her first release for the traditionally metal-leaning label). Also referred to as the “Park of the Monsters,” the Gardens of Bomarzo and the sculptures contained therein were commissioned by Pier Francesco Orsini, a 16th-century Italian captain (“condotterio”) and patron of the arts following the death of his beloved wide, Giulia Farnese. It was said that the sculptures were designed to help Orsini cope with his grief, yet they have also, over the years, served as a wealth of inspiration for artists of all sorts, including Salvador Dali who shot a short film in the park and used several of the park’s figures and trees for the inspiration behind 1946’s “The Temptation of Saint Anthony.”

It’s no surprise, then, that von Hausswolff would find herself equally inspired to the point of building an entire album around the place. “Sacro Bosco” begins with the sound of air passing through the pipes, perhaps the wind as it blows through the trees within the Sacred Wood, before a low, bass drone begins lumbering into the fore. Joined by a high, train whistle-like upper register part, the piece trudges along until a mid-range series of drones create a sort of shimmering overtone (perhaps the work of post-production or perhaps, by a stroke of luck, a natural occurrence) that then opens up into a majestic middle section redolent of awe and wonder, two emotions no doubt directly connected to many a visit to the titular locale.

The wheezing, dissonant microtonal drones on “Persefone” are alternately unsettling in the extreme and indescribably beautiful, sounding like a typical cathedral organist slowly losing their mind and allowing the instrument to vary wildly in terms of typical, acceptable and recognizable Western harmony. At over seven minutes, it’s something of a litmus test for how one might respond to not only von Hausswolff’s compositional approach in general, but All Thoughts Fly specifically.

On the title track, she employs a bit of Terry Riley/Philip Glass-style circular melodic figures that build upon one another to create an overlapping drone. It’s a common enough principle of modern minimalism, but performed here on pipe organ, an ancient, almost organic sounding instrument, the effect is hypnotic. For the first half of the 12-minute track, von Hausswolff allows these repetitious figures build and encircle one another before allowing them to begin to fade out, replaced by a series of upper-register melodic passages that chase one another about, building to a euphoric crescendo that brings in the instrument’s lower register once more. It’s a mirror-image effect created between the octaves that again results in that shimmering timbre that continues to grow and swell through to the track’s conclusion.

It’s easily the album’s mostly joyous, cathartic moment, leaving the listener not with the sense of dread that permeates much of the album, but with a strange sort of hope for, if not a better future, than at least a better tomorrow, a better next couple hours. It’s this immediacy mined from the ancient that makes All Thoughts Fly work so well. In a year overrun with countless horrors and innumerable cultural, social, political, and personal setbacks and pitfalls, All Thoughts Fly takes Orsini’s artistic expression of grief and imbues it with an unparalleled sense of beauty. Things might not be getting better any time soon, but goddamn it if there isn’t still at least a little bit of hope still available for those who seek it out. Look no further than the closing track “Outside the Gate (For Bruna)” for evidence of this. In all, All Thoughts Fly is simply magical, transformative and essential art in these incredibly trying times.