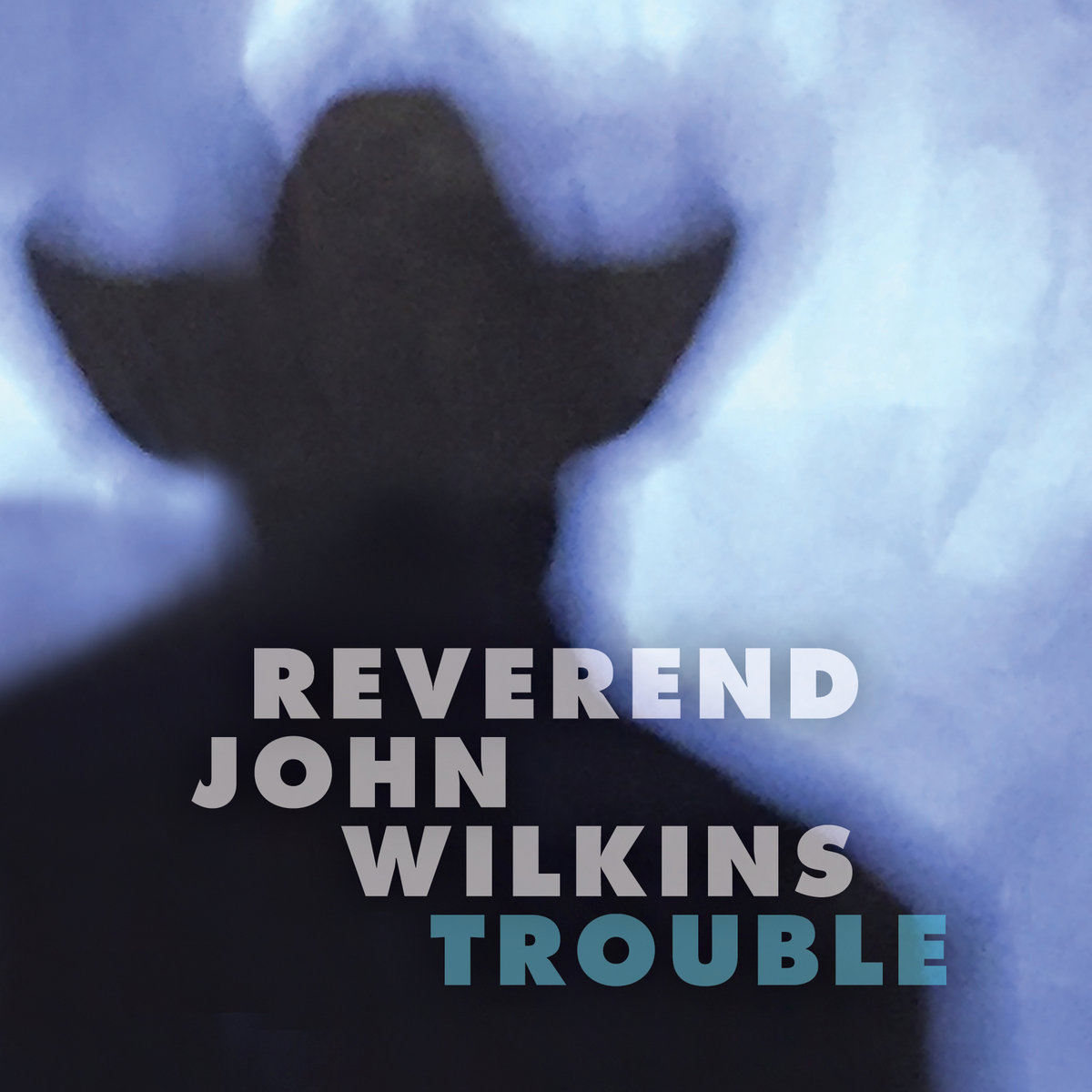 Last week the music world took another hit, as Reverend John Wilkins passed away just before his 77th birthday. Wilkins passes on a unique legacy. His father was blues artist Robert Wilkins and, like his father, John Wilkins had experience in the world of both the secular blues (as much as there is such a thing) and the church. Wilkins’ daughters join him in his own recordings, making the third generation to create powerful music. He also makes an odd fit at Goner Records, where – an actual minister of the gospel – he defied stereotypes to line up with punks and garage rockers. With his final album, Trouble, he puts his varied experiences into a memorable cap.

Wilkins ministered in a church near Como, Mississippi, the functional epicenter of gospel soul and blues, so the sounds of the North Mississippi hill country have naturally filtered into his sound, but he’s developed a far broader sound than simply updating Junior Kimbrough. On Trouble, Wilkins reaches for a whole world of R&B, from Memphis to West Virginia to anywhere else that serves his message and his medium. The group, for example, pulls from Stax to rework Eddie Floyd’s “I’ve Never Found A Girl (To Love Me Like You Do)” into “Found Love,” replacing romantic love with the love of Jesus as Wilkins turns the vocals and the preaching over to Tangela Longstreet, Joyce Jones and Tawana Cunningham.

“Grandma’s Hands” makes an appearance here, of course, with the vocal duties split between Wilkins and his daughter. The slinky version fits the album well, highlighting the groove while adding a stylish lead guitar line. That cut leads into a funked-up version of the traditional “Wade in the Water.” If it hadn’t yet been apparent, Wilkins makes it clear with this track that Trouble exists in order to celebrate. The song sometimes gets oddly dour folk versions, but Wilkins taps into the excitement of the lyrics to bring a joy to the surface.

If Wilkins is indebted to tradition, he isn’t stuck in it. The opening title track builds on standard blues, but Wilkins sends it charging into the future. He recognizes the battle that life is, but he holds onto the belief that everything is going to be all right. The album closes with “Storm and Rain,” as Wilkins sings of “going home on the morning train.” Given Wilkins’ passing, it’s hard not to hear those lines in a more intense way, but the upbeat bounce of the song keeps it from ever becoming anything other than a party. After all, “this train is bound for glory land,” and Wilkins can celebrate all that he’s come through before going home.

It’s a dramatic ending to the album, but a bittersweet final statement. Wilkins’ death (the cause hasn’t been announced, but he did struggle with COVID-19 earlier this year) leaves a gap in a vibrant music scene, but his life and art also serve as inspiration to keep that tradition going and developing. Trouble is a wonderful album released in a challenging context, but it feels eminently valuable right now. As the world burns, Wilkins brings a holy fire with joy and passion.

The trio flexes a little, offering more complicated song structures and a palette that var…