January 21, 2021
Home Music Between the Buried and Me: Alaska 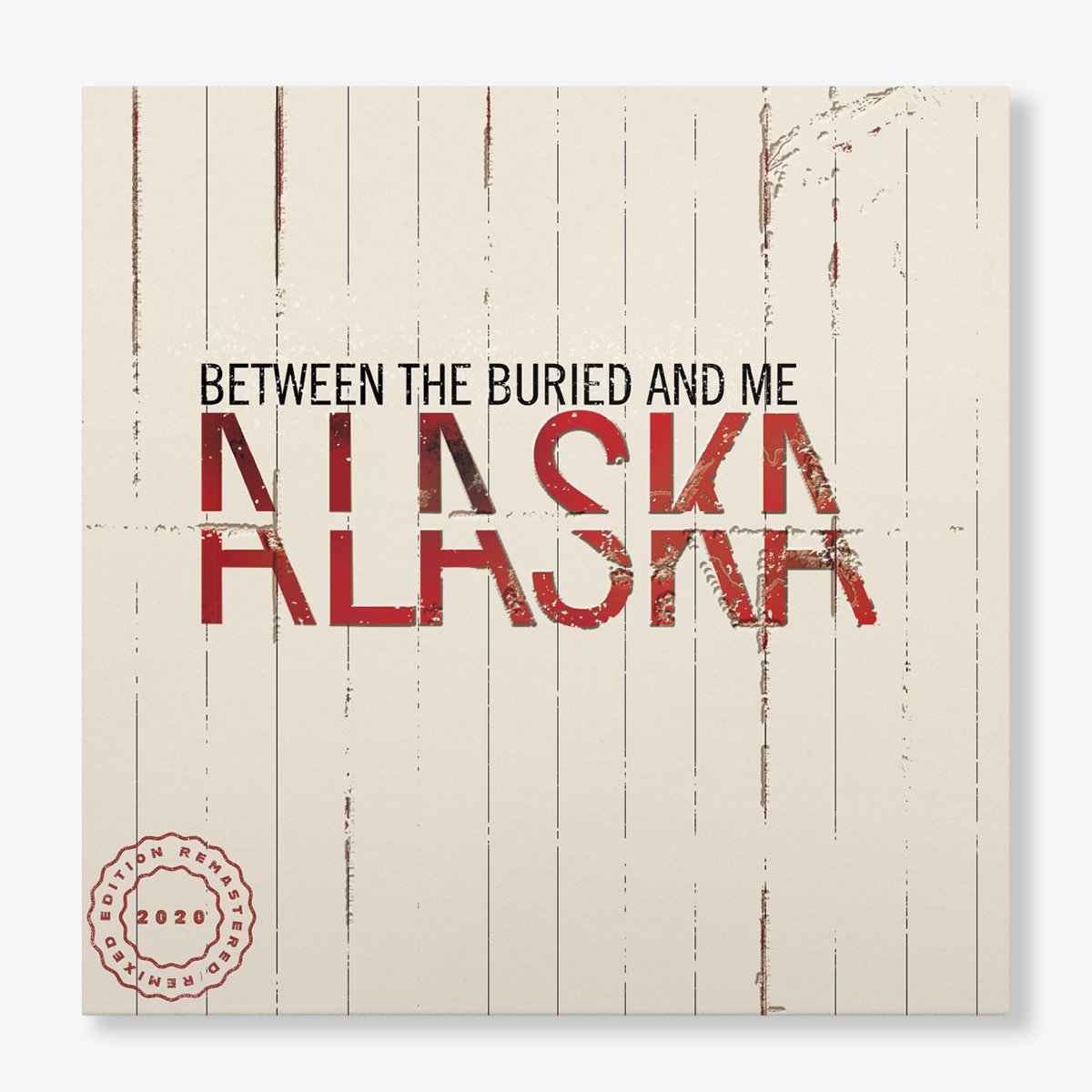 It’s a mistake to dismiss the pre-Colors Between the Buried and Me albums. Colors isn’t even the first BTBAM album with the current lineup! The band took the form it has today in 2005 with the release of Alaska, and the stylistic evolution since 2003’s The Silent Circus is palpable. Alaska’s augmented melodies and doubled-down experimentalism remain a shining milestone in this band’s ongoing battle against convention. Back with a new mix and master, all the barbaric intensity, musical prowess and “wtf” moments hit with newfound vibrancy and clarity.

It’s still pretty incredible to hear “All Bodies” balance anthemic choruses and brutal tech-metal so seamlessly. Where The Silent Circus leaned more heavily into brazen chaos, Alaska was where triumphant leads and overtly catchy hooks started to work themselves into the BTBAM sound. The band’s tech-death element still came through with a vengeance on the riffage of “Backwards Marathon,” which drummer Blake Richardson ties together with an organized, air-tight rhythm structure.

Richardson’s work, coupled with the incredible bassist Dan Briggs, fleshes out this song’s jazz fusion interlude with layered melodic lines and rhythmic intuition. Harmonic density abounds in heavy and soft passages alike, giving Tommy Rogers plenty of room to explore his vast singing range in addition to his screams. In fact, the sweeping second half of “Backwards Marathon” is the first time BTBAM’s quieter dynamics arguably stand out more than the heaviness—not to mention that absolutely rapturous outro. It’s technically a guitar solo, but the entire band stands out as heroes of their respective instruments. Rogers, in particular, comes into his own as a singer during this passage.

Standout songs like the title track and “Selkies: The Endless Obsession” propel this album’s profound steps away from pure face-melting carnage. The instrumental layering remains way ahead of its time. The former’s destructive breakdowns and thrashing chaos mesh swimmingly with shreddy leads and mile-a-minute riff changes, further solidifying BTBAM as a key band in extreme music’s crossover into the music clinic scene. Sure it’s not quite at “Ants of the Sky” level but it’s easy to see why this became one of BTBAM’s iconic tracks.

The latter cut officially initiates Rogers as the vocalist and keyboardist, with synth arpeggios and a delicate piano-driven interlude. It’s baffling that people claim that 2000s scenecore bands like Attack Attack! for adding keyboards to metalcore music, when it’s clear BTBAM did it earlier and better. What’s even cooler is that the brutal elements haven’t lost their bite in the slightest within the diversified arrangements.

“Croakies and Boatshoes” is the only BTBAM song to feature straight up pig squeals, spotlighting Alaska as the crossroads between a savage past and its future as a god of prog metal. Granted, Paul Waggoner and Dustie Waring manage to incorporate a bit more classic rock swagger where it counts most within the sonic fray.

Some of this manifests through the insane riffage of “Autodidact,” which gives the Gothenburg death metal sound a chaotic, virtuosic reconfiguration. As Richardson careens from bulldozing half-time to blast beats and everything in between with his rapid-fire beat switches, BTBAM polarizes its origins in the hardcore scene with its ambitious songwriting. This is made most obvious as Briggs locks in with the guitarists like Jaco Pastorious would with Pat Metheny… only for the subsequent chug-happy breakdown to decapitate the listener.

“The Primer” brings metalcore back to its melodeath roots, but not enough people talk about it cross over with symphonic black metal. Rogers sounds like one of the Nazgûl, at times, while the triumphant tremolo leads and three-count blast beats could easily be taken off the latest Anaal Nathrakh album. The grand dissonance hits just as hard as the following jagged grooves and fretboard gymnastics that follow—just like the syncopated mosh part at the midsection remains just as memorable as the closing acoustic waltz.

Alaska has enough lightning-fast riffage, blistering double bass and grimacing beatdowns to power a metropolis, but the instrumental “Medicine Wheel” offers more insight into BTBAM’s early development as conceptual mood setters. It’s a post-rock epic on par with This Will Destroy You, and evidences the innate fusion chemistry between Briggs, Waring and Waggoner that would eventually reach a precipice with “Viridian” from Colors. BTBAM still preferred a more jarring contrast, as heard in “Roboturner” tearing through the ambiance of “Breathe In, Breathe Out” with a distorted scream, but the way this lineup clicked back then has stayed with them ever since.

Whether it throttle or cradles, Alaska carries something most prog-metal lacks—authenticity. The closer “Laser Speed” doesn’t sound like a metal band trying to play samba… it just sounds like an awesome samba. The band’s chops were already so versatile, that it’s no wonder the band followed this up with the definitive progressive metal album of the 2000s. In hindsight, Alaska might be the sound of a band realizing its confidence, but no BTBAM album before or since nailed that conflation of extremity and artistry the same way.

USBM: A Revolution of Identity in American Black Metal: by Daniel Lake

Chock-full of archival photographs and interesting interviews, USBM is a necessary tome of…