April 11, 2021
Home Books To the Friend Who Did Not Save My Life: by Hervé Guibert 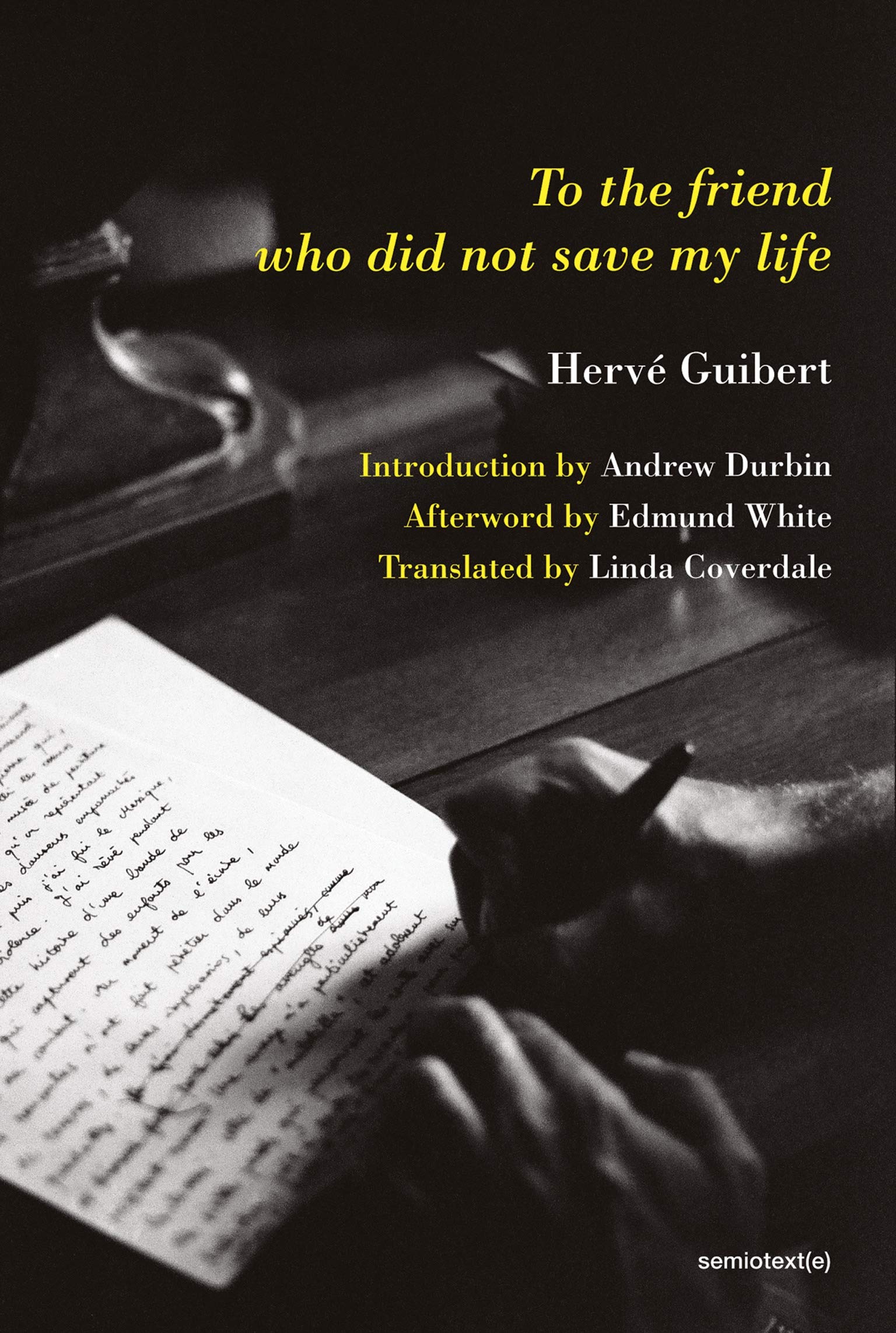 Although published as a novel, Hervé Guibert’s To the Friend Who Did Not Save My LIfe is a work of autofiction in which the author uses the form of a personal journal to tell the story of grappling with AIDS. The book’s publication in France in 1990 gave insight into the personal trauma of living with a disease that would lead to a certain death. At the time, AIDS itself was in the proverbial closet, and the young, attractive author, not outwardly ravaged by the horrors of the disease, became a celebrated public figure. Guibert managed to write five more books detailing his experiences before his death in 1991, from complications following a suicide attempt.

Guibert writes about the secrets we keep: from society, from our closest friends, from family and from ourselves. Like many gay men in the 1980s, he could do the contact tracing to see he had been intimate with men who were HIV positive. He grapples with whether or not he wants confirmation through diagnosis and writes eloquently about the ways a terminal disease changes a person’s life. Once aware of the virus in his system, Guibert finds that he can manage his relationship to his illness with less uncertainty, although not with less trepidation. He also feels an overwhelming desire to write — to finish the manuscripts in progress and to put down on paper the ideas he had considered — before the opportunity was taken from him.

The book begins with the illness and eventual death of a character that Guibert calls Muzil, a pseudonym for the celebrated French philosopher and historian Michel Foucault, who died from AIDS in 1984. The French press protected Foucault’s privacy and did not reveal his illness, but his family publicly announced that he died from complications of AIDS. Guibert’s writing about Foucault/Muzil was among the reasons that the book’s initial publication led to his instant fame. Muzil did not allow many people to be close to him, but Guibert was part of his coterie of confidantes. He describes watching his brilliant friend suffer through dementia, most painfully noticing the moments when Muzil is aware that his mind is slipping from his control. After Muzil is hospitalized, Guibert conveys the difficulty of not being able to sit with his friend because he was not a member of Muzil’s family. Then, he describes the harrowing experience of seeing his friend after his death and the overwhelming grief that grips him. Through Guibert’s detailed writing about Muzil’s illness, the reader comes to understand what the author expects and fears for himself. While this insight is not directly mentioned, the impact of that devastation clearly wears on Guibert after his own diagnosis.

The friend who did not save Guibert’s life is a pharmaceutical company executive called Bill, who tells Guibert about work on a vaccine for AIDS being conducted by Melvil Mockney, a pseudonym for Jonas Salk, who created the polio vaccine. From Guibert’s perspective, Bill dangles this hope for salvation in front of him, promising to include him in drug trials, visiting Paris with long, arduous tales of the difficulties he encounters, then disappearing for long stretches of time. The character of Bill comes to represent the possibility of actually outliving AIDS, creating an uplifting hopefulness that is mostly absent from the narrator’s life.

Guibert was a prolific author, often writing about his sexuality and social life. He did not hesitate to be explicit in writing about sex, often from sadomasochistic perspective. To the Friend includes some explicit content, but these scenes are not excessive. Being written in the form of a daily journal, To the Friend is chatty without being gossipy, although Guibert does reveal quite a bit of deeply personal information about himself and others close to him. The identity of these characters is detailed in the introduction, written by novelist and poet Andrew Durbin. Guilbert’s conversational tone is both welcoming and difficult, in that the reader easily feels included in his confidence yet there is little explicit explanation of his relationships to any of the others discussed. As happens with a friend you chat with frequently, the narrator’s relationships with friends, lovers, and others begin to take shape. Guibert, like his friend Foucault, did not allow many people to be close to him, and this distance is reflected in the persona of the narrator, who remains at an arm’s length from the reader throughout.