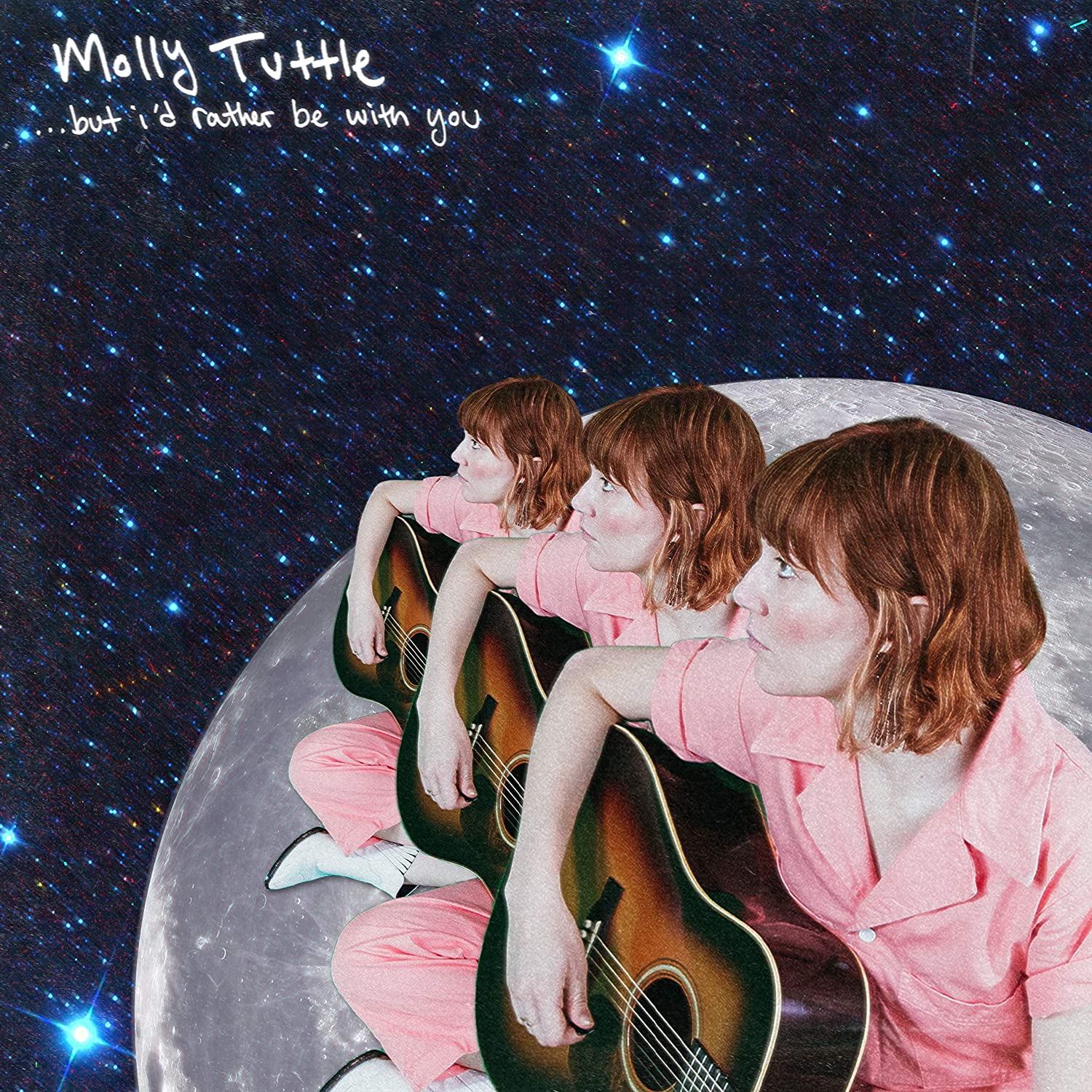 With all artists effectively on an indefinite lockdown and facing an uncertain future, the coming months will likely see a spike in the number of new albums or announcements concerning new career paths. The most diehard, stalwart artists will of course find ways to ride out this dumpster fire of a year amid a global pandemic, nationwide shutdown, social unrest and a complete and total political meltdown. Whether through focusing on writing, live-streaming or working on assorted projects from a safe remove, those for whom there are no other options — those whose very existence depends on their ability to create and put their art out into the world — will find ways to adapt and move forward.

Guitar virtuoso Molly Tuttle is one such artist, casting her quarantine-recording hat into the ring with the release of the appropriately titled, all-covers album …but i’d rather be with you. Recorded piecemeal by Tuttle (who had to learn Pro Tools to complete the project) in Nashville and producer Tony Berg (Phoebe Bridgers, Andrew Bird, etc.) in Los Angeles, the album manages a cohesive feel despite having come together in two entirely separate, socially distanced arenas. This approach is, of course, nothing new. But it’s taken on an entirely new level in the time of COVID-19, making the album’s title all the more apt.

As with any covers album, the artist is faced with not only the often-difficult task of selecting material, but also with how closely to stick to the original recordings. How much do they want to make the familiar their own, threatening to alienate those new listeners who might be drawn in by the prospect of hearing a well-loved song rendered in a new and different way by a new artist? Not only that, but the artist must then reckon with the nature of their material: Do they want to stick within their established genre (in this case, Americana) or show off a more omnivorous taste in music?

For Tuttle, the answer seems to be some combination of this. While the majority of the arrangements on …but i’d rather be with you tend to remain firmly within her established milieu, the choice of artists and songs to cover is a bit more eclectic. Indeed, few would look to include tracks by such disparate artists as Cat Stevens (“How Can I Tell You”), FKA twigs (“Mirrored Heart”), Arthur Russell (“A Little Lost”), Harry Styles (“Sunflower, Vol. 6”), Rancid (“Olympia, WA”) and, well, you get the idea.

Kicking off with a lush, indie-heavy version of the National’s “Fake Empire,” Tuttle sounds like Jenny Lewis’s little sister, albeit with just a bit more of a twang in her delivery. To flesh out the otherwise acoustic-based arrangement, producer Berg recruited a number of well-regarded L.A.-based session musicians to contribute to the project. And while Tuttle could no doubt craft her own guitar-based arrangements that would hold the listener’s attention (see her stellar read of the Rolling Stones’ “She’s a Rainbow“ for further proof of just how effective her roots music-based guitar playing can be), the additional musicians help expand the album’s sonic palette in new and different ways.

Thanks to Tuttle’s undeniable gift as both guitarist and vocalist, …but i’d rather be with you is, on the whole, an immensely enjoyable listen. Her version of Rancid’s “Olympia, WA” is a particular joy for those familiar with the punk legends’ original version. It’s one of those songs where, in this setting, it takes the listener a moment to realize what they’re hearing, despite the basic structure and melody remaining intact. Here, the song is just so far removed from its original context that it can’t help but sound fresh and new. Her read is nuanced, emotionally weighted (particularly given the context of the recordings) and she nails a killer solo that shows she has chops for days.

While not necessarily a proper follow-up album to her stellar 2019 release, When You’re Ready (a much more Americana/bluegrass-heavy affair), …but i’d rather be with you is nonetheless a welcome offering from an immeasurably talented artist sidelined from the road just as she’s beginning to reach new heights in both her live performances and profile within the industry. Getting in early and strong with a quarantine-recorded release will hopefully be enough of a bump to get her through whatever might lay ahead. Here’s hoping everyone who’s got albums recorded during quarantine coming out in the next few months will be able to get out and tour behind the results of their isolation.