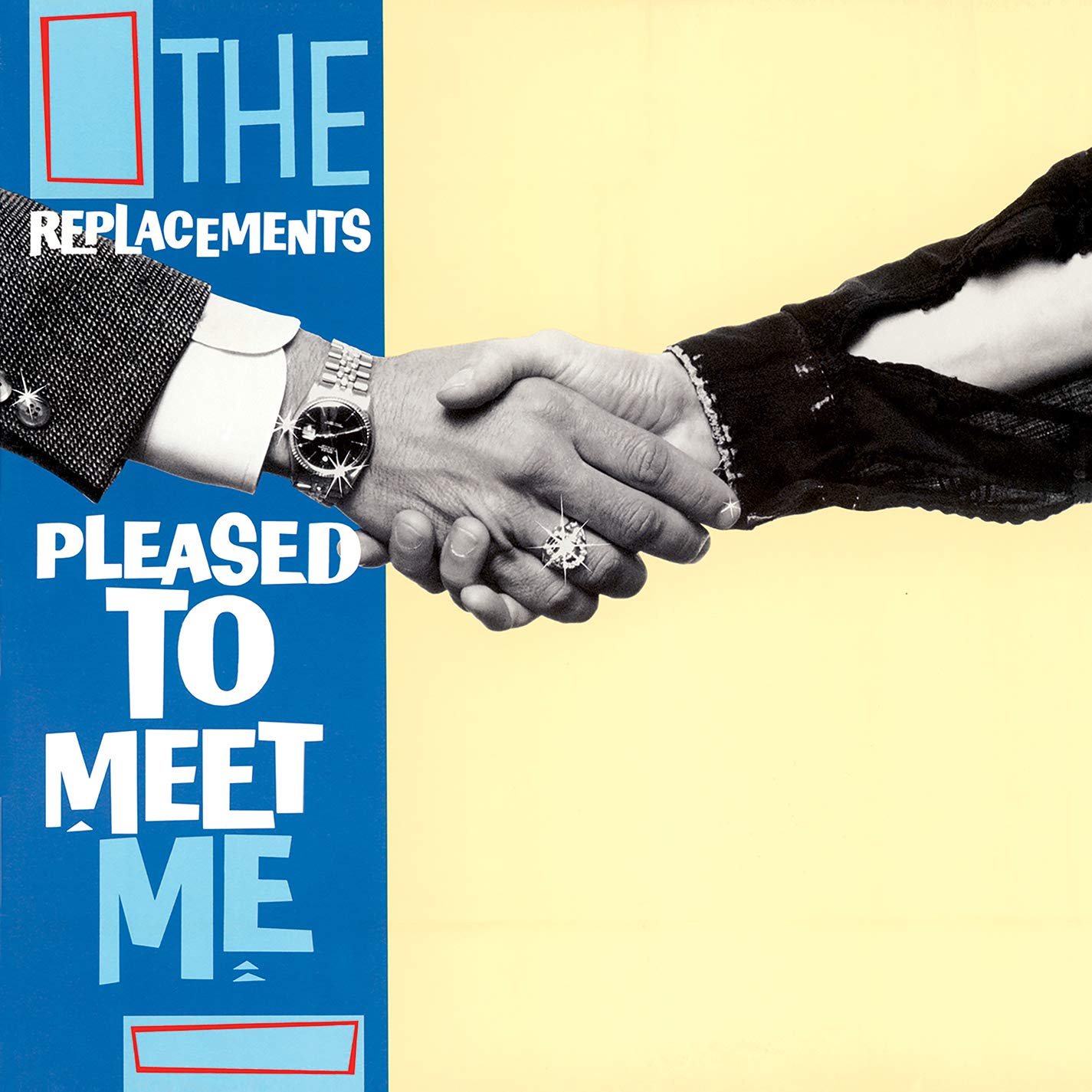 The latest in Rhino’s years-long reissue campaign of the Replacements’ discography, Pleased to Meet Me lacks the revelatory quality of some other releases. The notoriously volatile stage act received not one but two definitive live documents that attested to the band’s might when they could hold their liquor, while Dead Man’s Pop jettisoned the slick, dated studio effects that drowned Don’t Tell a Soul and revealed the exceptional music underneath. By comparison, this deluxe edition is more of a standard victory lap for one of the group’s most beloved albums, a chance to be reminded of the moment when they seemed poised for major success.

That the record was not a dismal failure is itself a feat. Early in the recording process, founding guitarist Bob Stinson departed the band (in classic rock fashion, debate rages as to whether he quit or was given his walking papers), robbing the group of his frantic, punkish counterbalance to Westerberg’s increasingly mid-tempo, louche arrangements. Sire, who saw Tim receive critical hosannas but come short of any RIAA certification, worked to give the group the polish they thought necessary to get a return on their investment and sent the three remaining members to Memphis to iron out their wrinkles in the studio.

Yet not unlike their Saint Paul counterparts Hüsker Dü, the ‘Mats followed a one-two punch of defining ‘80s underground rock albums with a record that lives in their shadow but is arguably more accomplished than its predecessors. Pleased to Meet Me sharpened the raw emotion and anarchic wit of the band’s earlier classics into their most focused, accessible offering. If the Replacements always occupied the grimy space that the Stones mastered with their down-n’-out classic, Exile on Main St., here the group reached back to make their Sticky Fingers, the purest demonstration of their honed chops and songwriting prowess.

From the distorted stomp of opener “I.O.U.,” the band sounds in rare form, setting aside their usual antagonism toward the idea of success in favor of ruthless focus. Of course, it wouldn’t be the Replacements if Westerberg weren’t caustic and ironic, and his opening line “Get me out of this stinking fresh air” brims with punkish antisociality. Even so, the loss of Bob left the frontman to explore his increasingly broad interests, and as much as the album roars, it frequently takes stylistic detours. “Skyway” is a brittle, acoustic number about trying to work up the courage to approach a woman he sees every day, finally doing so only to find she’s stopped taking that route, while “The Ledge” empathizes with a loner who finally gets the attention he so desperately craves as he stands on the precipice of his own suicide backed up by a concise yet fiery solo that makes the case that Westerberg never got his due as a guitarist. “Can’t Hardly Wait,” maybe the last definitive Replacements anthem, is a gently rolling kiss-off to the band’s own notoriety as Westerberg asks himself “ain’t you had enough of this stuff / Ashtray floors, dirty clothes and filthy jokes?”

Helping Westerberg realize his mounting ambitions to escape punk’s limitations was producer Jim Dickinson, who had also sat behind the boards for the band’s beloved Big Star for that group’s Third. Dickinson brings the sleaze and bombast of Memphis soul to the record, particularly in the copious use of horns on several tracks. In Dickinson’s hands, the Replacements retain all of their slovenly bar-band charm while hinting that they could hit the meteoric heights attained by prior bar acts-made-good like ZZ Top and the Faces. Instead of burying the group under gloss, Dickinson pointed out all the little pockmarks and blemishes that made them authentic.

The attempt to turn the band into a quantifiable success is also borne out in Westerberg’s lyrics, which frequently cast a bemused, suspicious, ironic glance at the prospect of cleaning up for the bosses. “I Don’t Know” revels in its raunchy horn section, using it as a backdrop to make a jaundiced yet clear assessment of the band’s current situation as “one foot in the door / Another foot in the gutter.” “Nightclub Jitters” imagines the band as washed-up losers playing background lounge music, having succeeded at respectability only to fade away into self-parody.

On the other hand, the album’s most enduring song, “Alex Chilton,” flips this pessimism on its head. An exuberant tribute to his musical hero (who also guests on “Can’t Hardly Wait”), Westerberg captures all the awe and possessiveness of the rabid fan, casting the Big Star mastermind as an otherworldly figure while also succumbing to the desire for tidy rock narratives when he notes as an aside “If he died in Memphis, then that’d be cool.” In anyone else’s hands, singing “Children by the millions sing for Alex Chilton” would seem glibly sarcastic for describing a cult artist notoriously robbed of commercial success to match his critical stature, but Westerberg’s earnestness clearly sees such a career as artistically valid. “Alex Chilton” isn’t just the best song on the album, it’s the one that gives away the game, revealing even as the group made its clearest bid for sales that they were gunning for long-term respect over short-term chart validation.

Rhino’s deluxe edition charts the long journey toward this simultaneously open-hearted and cagey record. It includes a host of demos that find the group experimenting with combining their signature sound with rockabilly and other sounds native to Memphis, while rough mixes of the album’s tracks reveal the depth that Dickinson brought to the material, sussing out the sophistication hidden underneath versions that are still more aggressive and spiky than reflective.Yet the true delights reside in the b-sides and outtakes that litter the set. Goof-offs abound, from the political disgust of “Election Day” to“All He Wants to Do Is Fish,” which parodied self-consciously “Merican” country of the 1990s and 2000s years ahead of time. But there are also real gems here that could have stood on their own; “Learn How to Fail” would have fit like a glove amid the self-doubt and growing maturity of the final album’s ruminations, and the lilting “Birthday Gal” is one of those Replacements songs made to be played outside on a sunny day.

In retrospect, Pleased to Meet Me marked the beginning of the end for the band. Soldiering on without Bob, The Replacements would be completely buffed out by major-label polish on Don’t Tell a Soul before limply concluding with All Shook Down. Never the luckiest souls, the ‘Mats ended up hitting the wall that Nirvana, R.E.M. and Sonic Youth would demolish before the end of 1991, realizing the potential for punk on American airwaves too late for Westerberg and co. to enjoy. Listen to this only in the context of the band’s previous work, however, and you hear a group poised for a breakout, synthesizing their best qualities into a package that shows the benefits of label backing without sacrificing their ramshackle soul. A snapshot of a moment when everything was right for the band’s big moment except for the timing, Pleased to Meet Me is still as perfect an insight into the group’s singular brilliance as its previous masterworks.