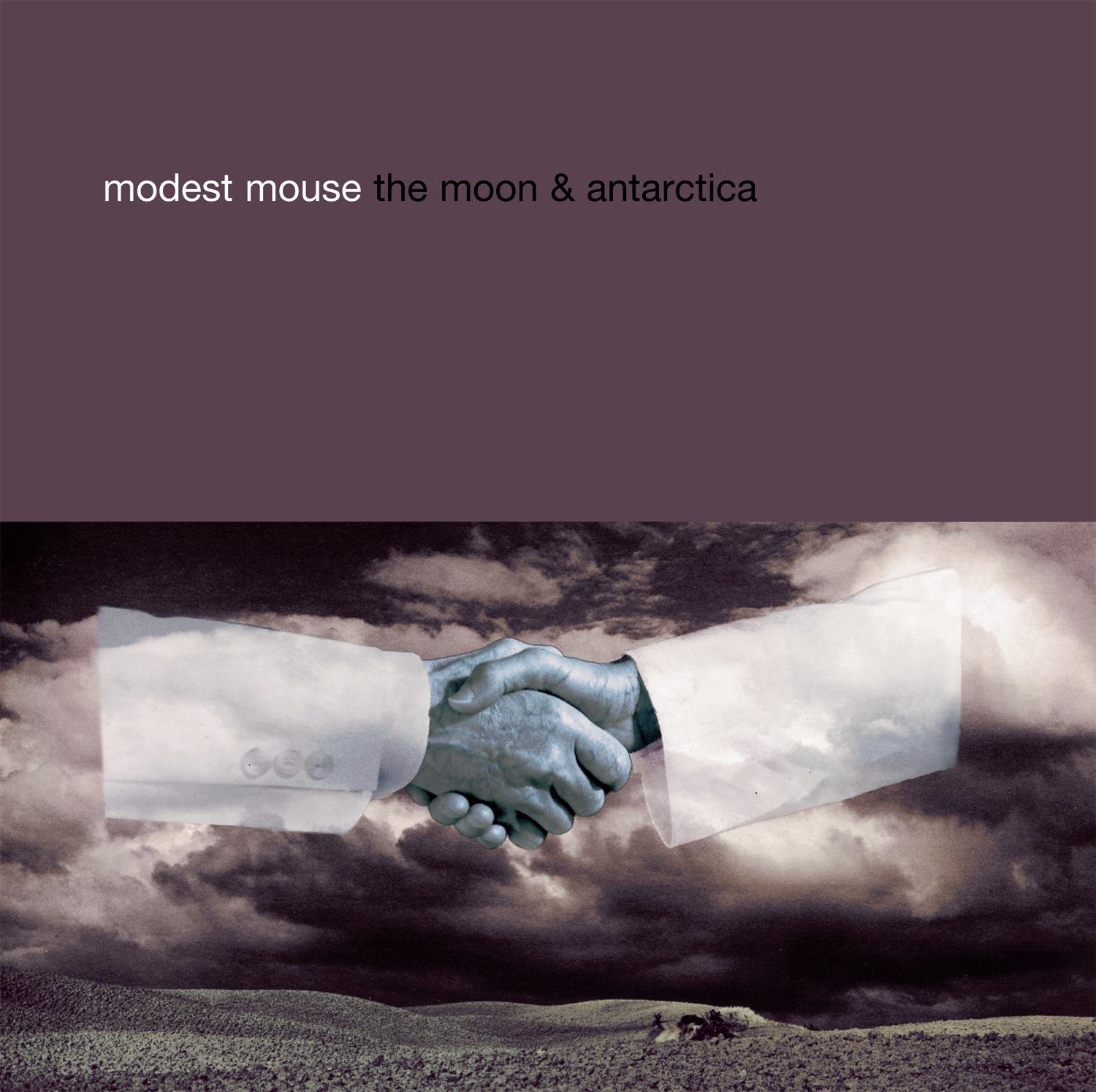 Nestled at the base of Tiger Mountain and the shores of Lake Sammamish, you’ll find the city of Issaquah. You’ll find one truth if you’ve spent any time there: there isn’t that much to do. Unless you’re, say, into salmon-themed festivals or paragliding, your only salvation for real entertainment comes just a 20-minute drive west to Seattle. Like many cities around Washington, Issaquah is the type you leave, not one you aspire to put down roots in. To the world at large, Issaquah is notable for few things and few people, though it’s the hometown of a bevy of baseball players. For fans of messy indie rock, though, Issaquah is owed a debt as the hometown of Isaac Brock, frontperson of Modest Mouse.

But even at their mopiest and nihilistic, Modest Mouse’s music was just plain fun. Brock’s nasally yowl and lisp are ruthlessly infectious, especially when combined with Brock’s itchy guitar riffs and a perpetually-fascinating rhythm section. His lyrics read like what would have happened if Jess from “Gilmore Girls” were more into grunge than prose, the winding and funny product of a hyper-intelligent slacker. Unsurprisingly, this led to a reasonable amount of praise and moderate success, and in a shocking move, they found themselves signed to Epic Records, home of acts like, well, Michael Jackson.

Unsurprisingly, though, the band’s major league recruitment failed to tame the band just yet, and after just five months holed up in the half-finished Chicago studio of Califone and Red Red Meat’s Brian Deck, they returned with The Moon & Antarctica. Say what you will about the ramshackle sound of the band’s earliest recording, but the confluence of Deck and the band just works – Brock had his jaw broken by a group of teens midway through recording, and it’s still a remarkably well-crafted record. He gave the band just enough sheen to show that they cleaned up nicely, but left its teeth intact. Violins, keyboards and lap steel help render Brock’s melodramatic angst in high definition; rather than burying that angst, they polish it like a trophy.

Brock is undeterred by the sharper focus on him and makes the overall outlook of The Moon & Antarctica clear from moment one. “Everything that keeps me together is falling apart,” he announces before declaring that the one thing he’s good at is “fucking people over.” He immediately puts those feelings in perspective by zooming out to a planetary scope and examines the birth and death of mankind while comparing our blood to the Atlantic. The song feels huge in the way that the band’s best songs do, but it does it with a certain degree of bombast that wasn’t there before. One song later, they shapeshift: “Gravity Rides Everything” pairs gentle and dreamlike guitars with themes of inevitable aging and decay: “As fruit drops, flesh it sags/ Everything will fall right into place,” Brock sings with the same cheerful awareness of entropy that Wayne Coyne would perfect two years later with “Do You Realize??” It’s a bizarre shade for him to wear, and on a first listen, it’s easy to wonder if he’ll keep it up.

Don’t worry, though: the cheerfulness doesn’t last. “Dark Center of the Universe” feels comparatively unhinged, Brock howling the gloriously self-flagellating chorus “Well, it took a lot of work to be the ass that I am/ And I’m real damn sure that anyone can/ Equally, easily fuck you over” while wailing sloppily on his guitar. His demeanor shifts to detached apathy on “Perfect Disguise,” where he declares “I don’t give a damn about you or this town no more/ No, ‘cause I know the score.” As the album progresses, a narrative thread becomes more visible, seeing the album’s narrator performing a truncated version of the escape attempts of the band’s first two albums, leaving that small town behind and trying to find solace in the sprawl. The one-two punch of “Tiny Cities Made of Ashes” and “A Different City” feels like a lost chunk of The Lonesome Crowded West. “Tiny Cities” is warped and hallucinogenic, containing perhaps the most outstanding bassline Judy produced in his time with the band, a darkly funky companion for Brock’s demonically processed vocals, while “A Different City” is essentially feral with a guitar tone that sounds almost insect-like at times. Between the two, he begs to know “Does anybody know a way that a body could get away? Does anybody know a way?” and yearns to “remember to remember to forget you forgot me.” In short: these songs document a manic episode, one on the verge of crashing down.

The Moon & Antarctica is the final chapter of a trilogy you didn’t quite know you were in. While Long Drive centered around a general sense of displacement and Lonesome Crowded West explored what it means to experience a blend of unmoored dread and malaise in forever-expanding urban landscapes that serve as an escape from the terrors of small-town living, this record comes to the conclusion that neither existence is preferable, and that the only escape is true isolation, the farthest edge of a depressive spiral. In a way, the fact that “The Cold Part” exists as a quasi-suicide note penned from the desolation of the titular ice continent is fitting – if you can’t find a home on the road, in a sardine can city, or in the nothingness of the poles, where else can you go? “The Cold Part” feels frostbitten and aches with mournful violins, the wordy Brock reduced to just a few paltry goodbyes. Frankly, it’s fucking grim.

Yet, Brock is remarkably adept at capturing how manic depression feels and moves. Within a few songs, he’ll be singing cheerily about learning to accept that his sister was kidnapped by a “Wild Packs of Family Dogs,” and a few songs later, lobs the verbal grenade “You were the dull sound of sharp math when you were alive/ No one’s going to play the harp when you die.” The trio of “Wild Packs of Family Dogs,” “Paper Thin Walls” and “I Came as a Rat” only seems like an improperly-sequenced slab of songs, but in reality, it comes closer to being a few moments of dark comedy amidst the crushing lows of depression. And, sometimes, that’s all it takes to work towards clawing yourself back from the brink: “Lives” is brimming with pessimism, sure, but it contains a radical amount of clarity, as he confesses truths like “My hell comes from inside, comes from inside myself” and “It’s hard to remember, it’s hard to remember that our lives are such a short time.” The Moon then pivots entirely and ends with chaos, and it’s perhaps the one true misstep of the album. “Life Like Weeds” is a remarkable way for the album to end, but instead of ending on that nearly hopeful note, the brief and loud “What People Are Made Of” serves as our finale, and its message – one that paints a picture of an afterlife where you wait to die again, among the bones of your fellow dead – is seeped in the same existential dread that Brock seemed primed to escape in “Lives” and “Life Like Weeds.”

When comparing The Moon to its follow up, the hit-packed Good News For People Who Love Bad News, you can almost feel a sense of hope that Brock went from “The Cold Part” and “Perfect Disguise” to “Ocean Breathes Salty” and “Float On” in just one album, a move that launched them into their status as a quasi-household name more elegantly than “Gravity Rides Everything” being used in a Nissan Quest commercial ever did. Looking back on The Moon with its place in the Modest Mouse canon feels like looking at a last hurrah for the band as it was at the time – one that was dedicated to fighting the malaise, claustrophobia and alienation of life by any means necessary, even if it took chasing the cure for it to the ends of the earth.