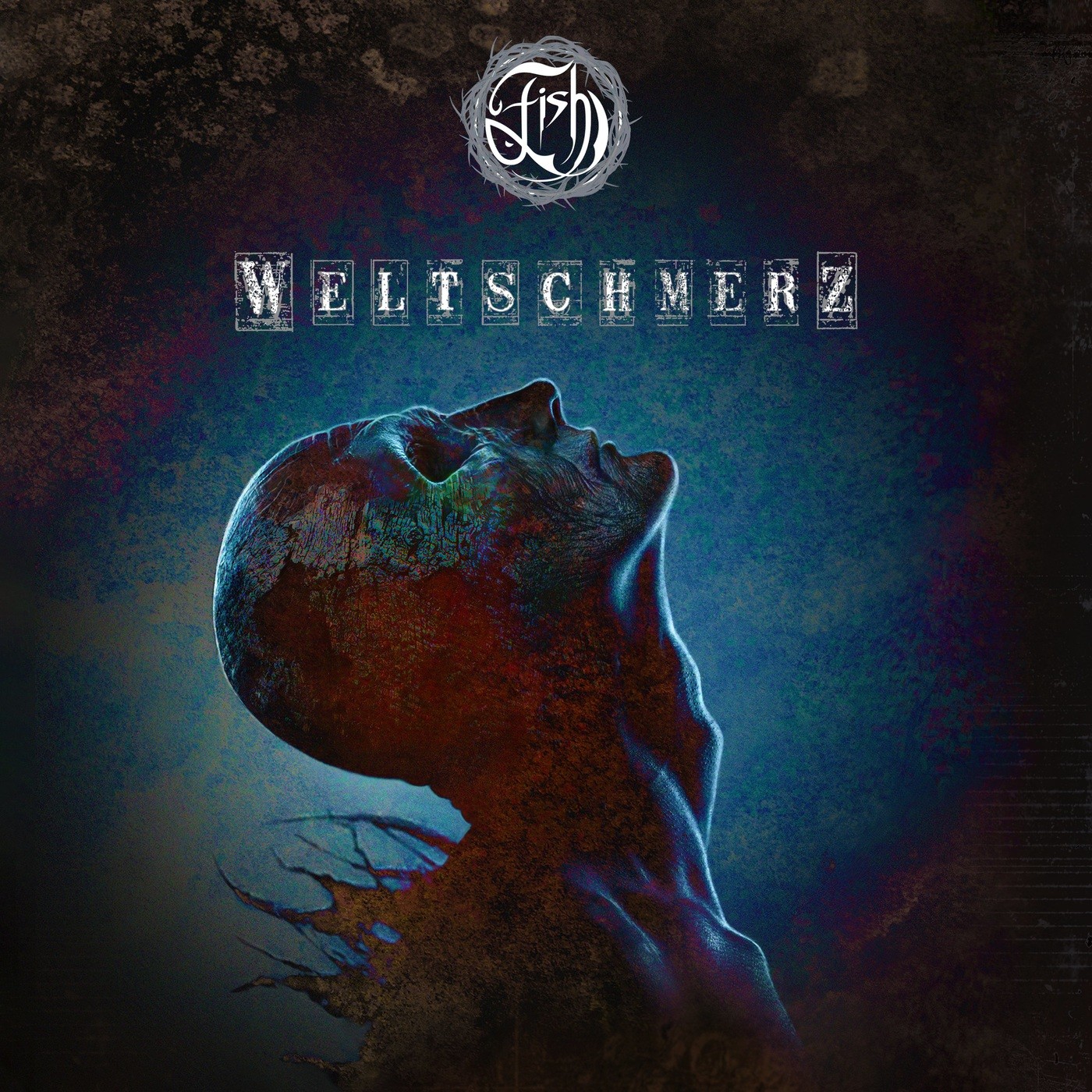 In rock ‘n’ roll there really aren’t retirement parties, but Weltschmerz may well be the final disc for the Scottish singer-songwriter known as Fish. Derek Dick has admitted the time has come for him to do other things, a process that only has been aided by his inability to perform live any time soon. This valedictory statement had everything going against it. First his father died, then his mother’s deteriorating health led Fish to move back with the family. A bout of sepsis almost killed him, and that was followed by operations on his hands and spinal surgery. Finally he suffered from writer’s block followed by the Corona virus. Dick deserves a party just for making it through another day.

With Weltschmerz being defined as the German word for a feeling of melancholy and world-weariness, it’s easy to say that Fish has been suffering, as have we all. Yet for an artist with a plan for his future, the pandemic can be an incredibly cruel mistress. All his plans have been thrown into a cocked hat and the march of time only goes in one direction.

The prog community has hailed Weltschmerz as a masterpiece, and it has its moments but ultimately feels lacking and overlong. Ten songs in 84-minutes is an eternity, and from time to time it really feels like it. “Rose of Damascus” logs in at almost 16 minutes, while “Waverly Steps (End of the Line)” is just shy of 14 minutes.

One of the freshest tracks, “This Party’s Over” works largely because it doesn’t over pack the basket. With synths whistling, and acoustic guitars brought to the fore the song is a simple plea to take a new look at the world. The answers are far more simple than we sometimes realize, yet the simplest ideas are some times the hardest to achieve. Fish’s frustration is obvious, “I’m calling it a day, enough of all this bullshit/ I’ll say goodbye to all my would-be friends/ The wine is drunk, my glass is empty/ I smash the bottle into smithereens.”

The haunting “Garden of Remembrance” opens with an electric piano plaintively playing as Dick tells the story of a man who’s no longer able to track of what’s going on in the world or even in his own life. The lyrics are heartbreaking in their simplicity: “Growing together, now forever apart/ With a love so embracing held in their hearts/ But nothing between them no memories shared/ No recognition in his soft, pale green eyes, she’s still here.”

So many issues get tackled in the course of these 10 songs, which can be a blessing and a curse. Fish gets it right on “C Song (The Trondheim Waltz),” in which a chorus of accordions lead the charge on a story of cancer: “I’ll face the inevitable ending/ And the fact there’ll be no curtain call/ I hope they write up my performance/ And the reviews are favorable.” But for that person living in the moment, it really doesn’t matter, since he won’t be around to read the review.

Thanks to the myriad of problems Fish had to face bringing Weltschmerz to fruition, Fish leaves the stage unable to accept the applause of adoring fans, but reading reviews that expound on how amazing this album really is. In truth, this swansong is more than a tad overwrought. Still, while it’s easy to succumb to the excesses of prog, this is leagues ahead of such genre staples as Emerson, Lake & Palmer’s Love Beach.