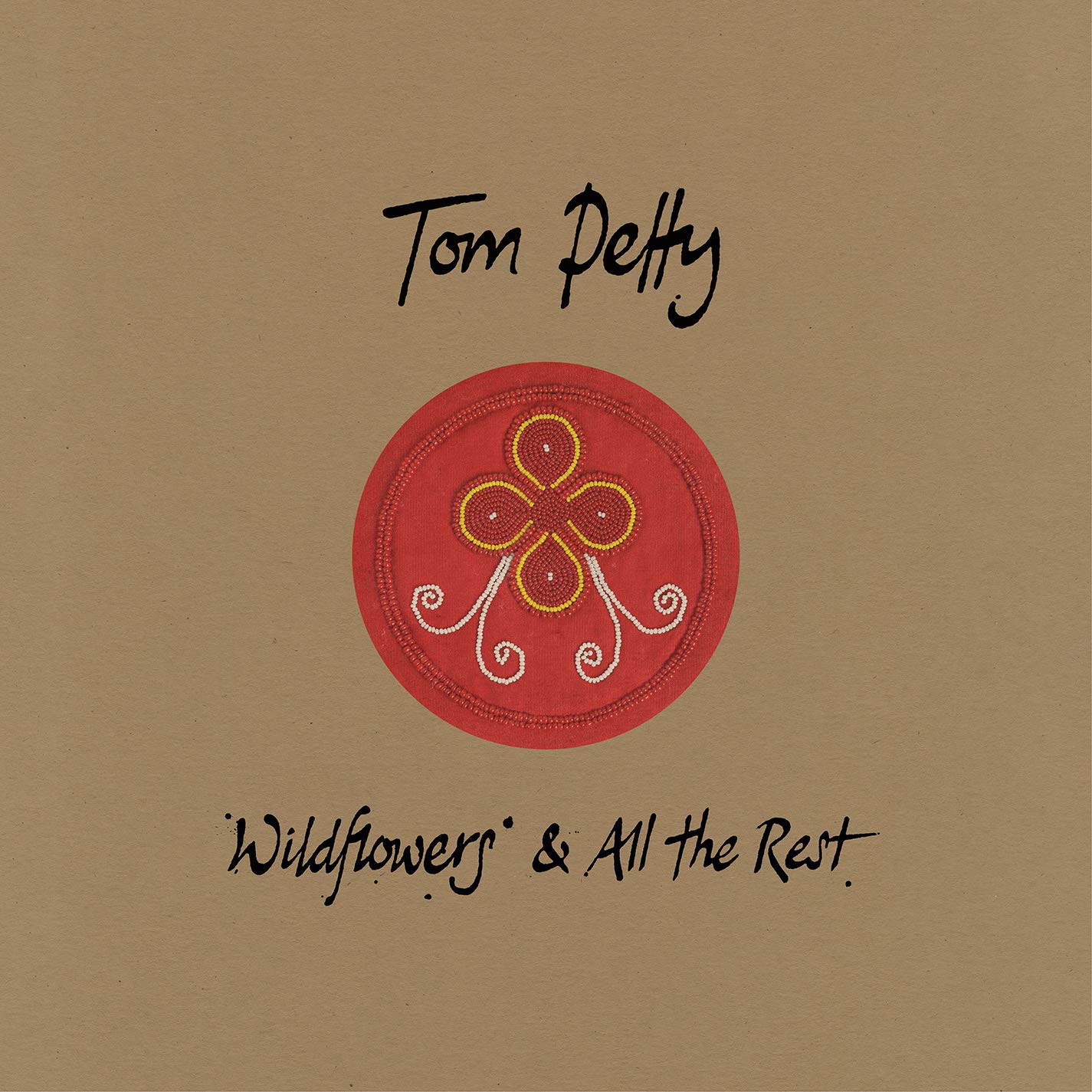 Tom Petty’s second album to be credited solely to him was recorded at a time when songs seemed to be pouring out of him; he’d be listening to a reel of demos when a completely new tune would come to him, his creative process feeding and turning back on itself like a Möbius strip. After two years in the studio, Petty emerged with more than two dozen tracks, only to be told by Warner Bros. that there was simply too much music for one record. Despite his history of clashing with his old label, MCA, over creative control—he once declared bankruptcy to protest his contract being transferred, and later threatened to withhold 1981’s Hard Promises over an extra dollar tacked onto the sales price—Petty acquiesced, whittling the track listing down to 15 songs. When Wildflowers was released in November 1994, it sold well, like all of Petty’s previous albums had, and wasn’t quite hailed as a masterpiece but was met with very positive reviews, like most of Petty’s previous albums had.

As time went on though, Wildflowers came to be regarded as the essential Tom Petty record: not his tightest or his punchiest collection of songs, but the one that painted the most complete portrait of the man who wrote them. It haunted Petty, too. During Wildflowers’ recording, Petty’s marriage to his wife of two decades was beginning to unravel, and while the lyric sheet dropped a few hints, none were specific enough to shed any light on what was happening until after it happened. Still, Petty grasped that the album came from a deeply personal place, even if he wasn’t exactly sure where that place was or if he could ever write something like it again. Twenty years after Wildflowers was released, Petty seemed closer than ever to finding his way back, making plans to reissue the album with the missing songs as well as demos.

Completed by Petty’s family and bandmates after his passing, Wildflowers & All the Rest takes its parent album’s warm, colorful sprawl and makes it even warmer and more colorful—and more sprawling. As Petty planned, there’s a disc’s worth of tunes that were cut from Wildflowers (six of which have never been released) and another disc’s worth of home recordings, but there’s also another disc’s worth of live tracks. (And if you buy the Super Deluxe Edition on CD or LP, you’ll get Finding Wildflowers, an additional hour of alternate takes.) If Wildflowers already felt like a garden in full bloom, Wildflowers & All the Rest is an absolute embarrassment of riches, overgrown in the best way possible.

Even with the passage of time, Wildflowers hasn’t quite risen to the same elite tier as albums like Blood on the Tracks or Blue, or even Harvest. But the trade-off is that Wildflowers is an album only Petty could have made. It feels more apt to compare Petty to Neil Young than Bob Dylan or Joni Mitchell—he doesn’t weave complex tales that try to express emotions like heartbreak or regret in poetic (some might say abstruse) ways. Petty’s a plainspoken writer, one who’s content to simply feel and let listeners share that feeling through simpler language and narratives. Consider “To Find a Friend,” which begins thusly: “In the middle of his life/ He left his wife/ And ran off to be bad/ Boy, it was sad.” Even more crushing is the second verse: “Meanwhile then/ His wife’s boyfriend moved in and/ Took over the house/ Everybody was as quiet as a mouse.” In a total of eight lines, Petty’s practically written a short story, a vignette of infidelity and abuse (with multiple main characters, no less) that’s more relatable than, say, “Tangled Up in Blue.”

That’s another part of Petty’s enduring appeal: Even after selling millions of records, he always came across as good-humored and unpretentious. Coming out of Steven Tyler’s mouth, “Honey Bee” would almost certainly have sounded both sleazy and rote, but Petty sings the song less like a come-on than a spoof of one. Likewise, Petty’s probably the only rock star who could sing something like “You Don’t Know How It Feels,” filling in a little space with asides about romantic dissolution and aging parents, or “It’s Good to Be King” (“if just for a while”) and not come across as some performative aw-shucks type. And songs like the “Wildflowers,” “Don’t Fade on Me” and “Wake Up Time” are so direct and vulnerable that they feel like a friend checking in on you.

What’s ironic about Wildflowers is that even after its runtime was cut in half, it still felt like a double album (and if you’re buying it on vinyl, it actually is a double album). Like Fleetwood Mac’s Tusk or Pavement’s Wowee Zowee, it’s longer and shaggier than it needs to be, but the lesser tracks only add to the record’s charm. Whether you want to think of All the Rest as Wildflowers’s missing half or the third disc in a triple LP that never was, the best of the 10 songs therein can go toe-to-toe with the album proper. Fans who know Petty’s discography by heart will recognize “Climb That Hill,” “Hope You Never,” “California” and “Hung Up and Overdue” from Songs and Music from “She’s the One” and will be delighted to have these superior alternate takes here. (For those of you who weren’t aware that Petty recorded a soundtrack for an Edward Burns film, well, now you know.)

The six previously-unheard songs range from good (“Leave Virginia Alone,” inexplicably given to Rod Stewart at the time) to great (“Something Could Happen,” the devastatingly personal “Harry Green”). There’s a good chance that if Petty had dug in his heels and demanded that Warner Bros. release Wildflowers as a double album, it still would’ve sold three million copies in the United States.

If the home and live recordings don’t add as much depth to Wildflowers as the All the Rest disc does, they certainly add dimension to the more complex songs. Wildflowers’ already-skeletal sound—thanks to producer Rick Rubin’s stripped-down approach, which favored live-in-the-studio intimacy over overdubs and an FM-friendly sheen—means that most of the demos aren’t dramatically different from the finished versions. (Obsessives will enjoy charting the lyrical evolution of these songs.) That said, two of the three songs that only exist as home recordings, “There Goes Angela (Dream Away)” and “There’s a Break in the Rain (Have Love Will Travel),” would have undoubtedly been highlights of Wildflowers or All the Rest had Petty finished them. And the live recordings all serve as a reminder of what a powerhouse the Heartbreakers were in concert, and how they could transform these “solo” songs into full-band workouts. “Honey Bee” gains a crunchy, twangy edge reminiscent of Neil Young and Crazy Horse; “Girl on LSD” becomes a jaunty laugh-along that even Petty can’t keep a straight face through; “It’s Good to Be King” gets stretched out to more than double its length, featuring a three-guitar attack that rivals even Lynyrd Skynyrd’s “Free Bird.”

Wildflowers’ title track opens the album, and a live version of it concludes the Deluxe Edition of Wildflowers & All the Rest. It’s not a song that’s mythic like “American Girl,” nor is it defiant like “I Won’t Back Down,” nor is it anthemic like “Free Fallin’.” But there’s a tenderness to “Wildflowers” that makes it feel unlike almost any other song he had written before. “Run away, go find a lover,” Petty sings, his reedy voice as clear as a bell. “Run away, let your heart be your guide.” For a moment, there’s no trace of the bitterness or resignation that haunt the hour of music to come. He just wants you to be happy, as if knowing that you’re happy is all he needs to be happy, too.