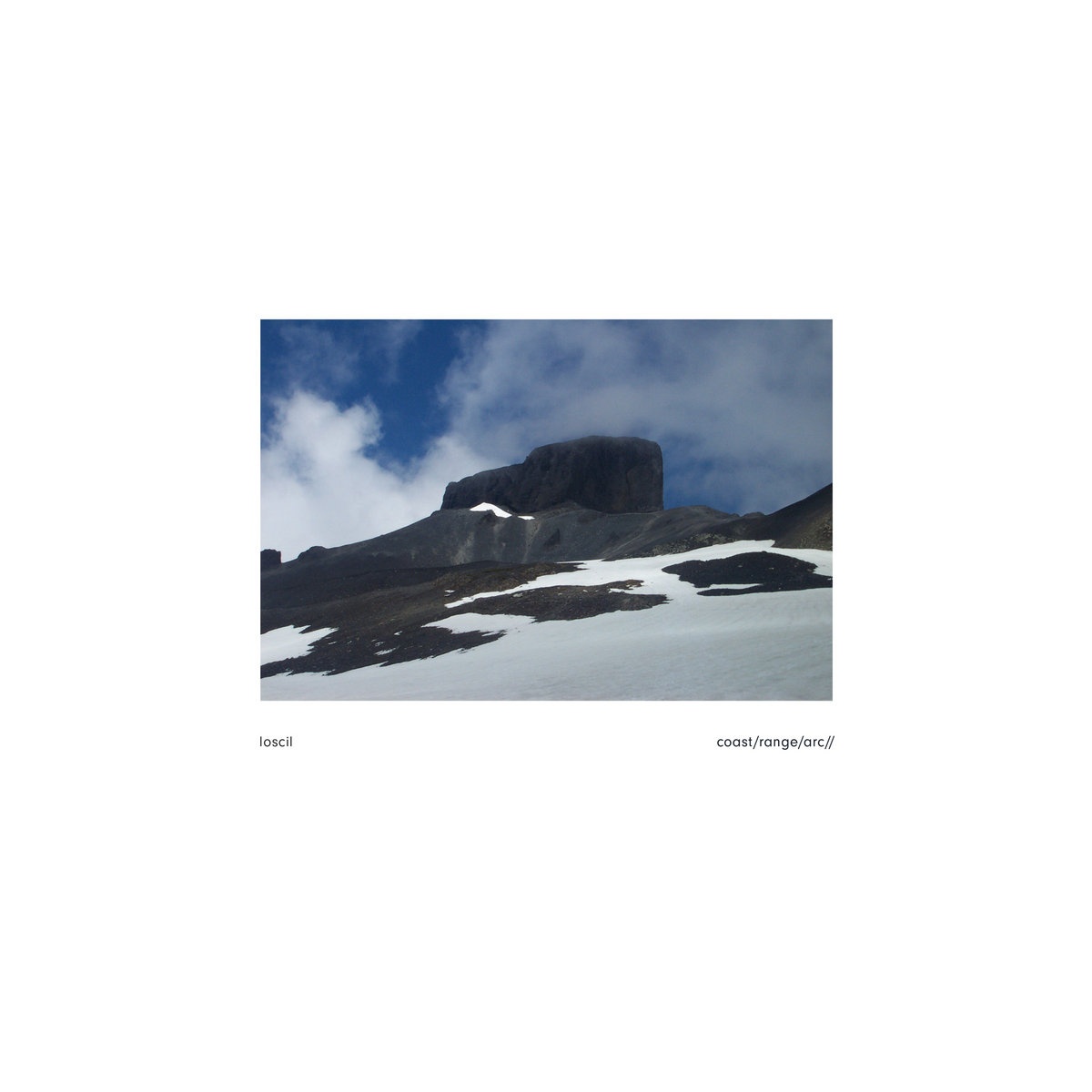 Loscil’s coast/range/arc// is the kind of ambient album best enjoyed sedentary, something you put on when you don’t really want to engage with music but would benefit from something vaguely perceptible tickling the back of your brain. It’s something you sink back into or suspend yourself in, not a place to wander through and get lost. I’ve heard it hundreds of times since it came out in 2011, many of those times while asleep or hungover. And yet coast/range/arc//, the latest in the Vancouver producer’s never-ending stream of reissues and boutique remasters from his own catalog, suggests a new way of listening to this music.

The album was originally released as Coast/Range/Arc. Look at the change in punctuation. The superfluous lower-case spelling actually serves a purpose here; the words are slightly dwarfed by the slashes between them, and the extra two at the end tack on just as much extra grandeur as bonus track “Black Tusk (Descent)” does to the album itself. The original cover looks down on what looks like an endless sheet of ice. The new one stares up at Black Tusk, a mountain not far from Vancouver. The producer visited Black Tusk in 2003 and shot the photo that graces its cover as well as those in the reissue’s accompanying photobook. This context introduces a personal aspect and suggests the prospect of an arduous quest to the listener, especially now that the album is bookended with two variations on “Black Tusk.” We go up one side of the mountain, reach the summit, come back down the other side.

There’s always been something insinuating going on at the back of these six beatless slabs of drone. The tracks on the latter half of the album, like “Brohm Ridge” and “Goat Mountain,” loom horizontally for miles in each direction like great stone walls, their rumbling low ends evocative of great mass moving very slowly. The backward piano effect that defines “Stave Peak” is like a scraping of continents. An overblown bass sound that thrums through “Fromme” sounds like it’s echoed for hundreds of miles through the sloshing waves that take up much of the track’s real estate. Even “Black Tusk” bristles with what sounds like the winds of an approaching storm. These tracks don’t come across as “quiet.” They’re loud and immeasurably powerful, but heard from far away.

James Plotkin has a good set of ears to give this stuff. He played in bowel-shattering doom band Khanate and must have picked up on the connection between this music and the most glacial and elemental subgenres of metal. Like the music of Khanate or Sunn O))), coast/range/arc// moves so slowly as to imply the timescale it works on isn’t comprehensible to humans, that the ten-minute tracks that comprise most of the album were sped up in some research center from processes lasting eons. It’s heavy on midrange and bass, gravitating towards tones that work on the body rather than the head. But as good as coast/range/arc// sounds, Plotkin’s remaster isn’t radical enough to really change the sound of the music.

Rather, coast/range/arc// is a superb example of an album’s package and its content each working in harmony to enhance the other. Loscil has always been the most programmatic of ambient artists: Endless Falls is very much an album about rain, Submers very much one about submersibles. If he changes the way he presents one of his albums, he’s changing the way he wants us to think about it. The backstory around an album can become a trap, but it’s hard approaching any product to totally blot out its narrative; you’d have to go into a record shop with a blindfold. The best programmatic ambient products exist as a thing, a little slab of something special wrapped in a thought-provoking package. It’s easy to keep this album on standby as something you can put on and not give much thought. This reissue encourages us to think about it a little more.