March 05, 2021
Home Music The Mountain Goats: Getting into Knives 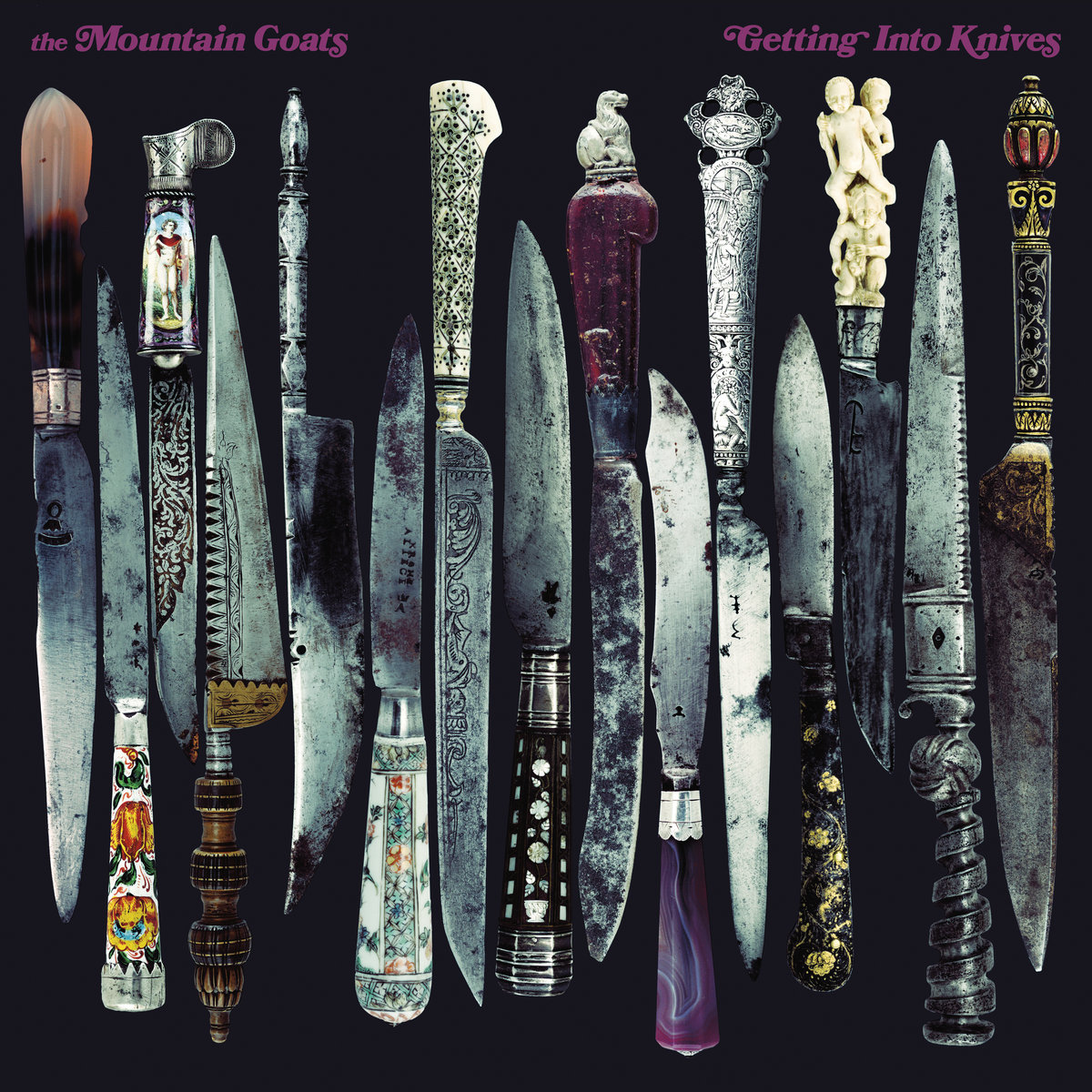 John Darnielle doesn’t have much left to prove. Over the course of a few decades, he has built one of the most unique and enduring catalogs in indie rock, and he remains one of the most fascinating lyricists working today. To wit, his last few albums as the Mountain Goats have been philosophical ruminations based on things he loved as a kid (wrestling, goth music, role-playing games), and however indulgent they may appear to be, they’ve been pretty great so far. Darnielle has looked back at his life through the prism of the things he loved, reflecting on events and ideas with the benefit of hindsight and a life well lived. His latest, Getting into Knives keeps that mature, reflective perspective, but the source of inspiration is instead a bunch of scattered ideas that includes the career of the Mountain Goats itself.

For a while, it seemed like every Mountain Goats album came with a concept, whether it was religion, dragons or Darnielle’s tumultuous past. But as is evident in the music he made before his turn towards the autobiographical on The Sunset Tree, Darnielle is a master storyteller, and Getting into Knives feels like a return to the external storytelling of his earlier albums.

Still, his more mature perspective remains intact. Whereas the likes of Tallahassee and We Shall All Be Healed found him in a place of desperation, wailing in empathy with his characters, here he appears more subdued and restrained, content to let his stories speak for themselves. This approach bears itself out most explicitly on “Picture of My Dress,” based on a tweet about a woman travelling across the country in her wedding dress after getting divorced. In Darnielle’s hands, this odd curiosity becomes something tragic as he hones in on how aimless existence can seem after a crisis.

Elsewhere, Darnielle’s attentions turn towards the cyclical nature of time (“Pez Dorado”) and ruminations on lost faith (the title track, which is all the more cutting for how soft it appears on the surface), all of which are pulled off in the way that someone at the peak of their craft can do. Whatever Getting into Knives loses in its lack of a central conceit, that is more than made up for in the pleasure of hearing Darnielle do what he does best.

Much as one often talks of the Mountain Goats as a solo project, Darnielle doesn’t do it alone. More often than not, the trio of Peter Hughes, Matt Douglas and Jon Wurster know when to stand back and allow Darnielle’s lyrics room to breathe, but Getting Into Knives is the first Mountain Goats album in some time to feel like it was made by a proper band. Perhaps it was the result of the quick recording sessions–the album was recorded in Memphis over about a week before COVID would have made that impossible–but the songs bear the character of all the performers in a way that they haven’t always done before. Wurster may be the MVP: his percussion lends “Corsican Mastiff Stride” an amiable swing that opens the album perfectly, and the light touch he lends to quieter songs such as “Tidal Wave” gives them a heft they would otherwise lack.

Overall, the band feels more like contributors here; for example, “Rat Queen” wouldn’t work as the eerie story that it is without Douglas’ organ to give it a sinister edge, and Tom Clary’s horns give “Get Famous” a rave-up feel that softens the biting satire of the song just enough. Whether deliberately or out of necessity, Getting into Knives comes across as a truly collaborative work, and it is all the more interesting for it.

As time has passed, the venomous words and devastating howl that so often characterized the Mountain Goats has faded. It would be foolish for Darnielle to chase those visceral moments again; instead, Darnielle’s work has evolved, and it’s interesting to hear him revisit the past through a now mature outlook. Getting into Knives recaptures something of what the Mountain Goats used to be, but Darnielle has earned enough wisdom to know that things don’t remain the same forever. Rather than attempting to re-create the glory days, he revisits and enriches them by looking at things in a new way.