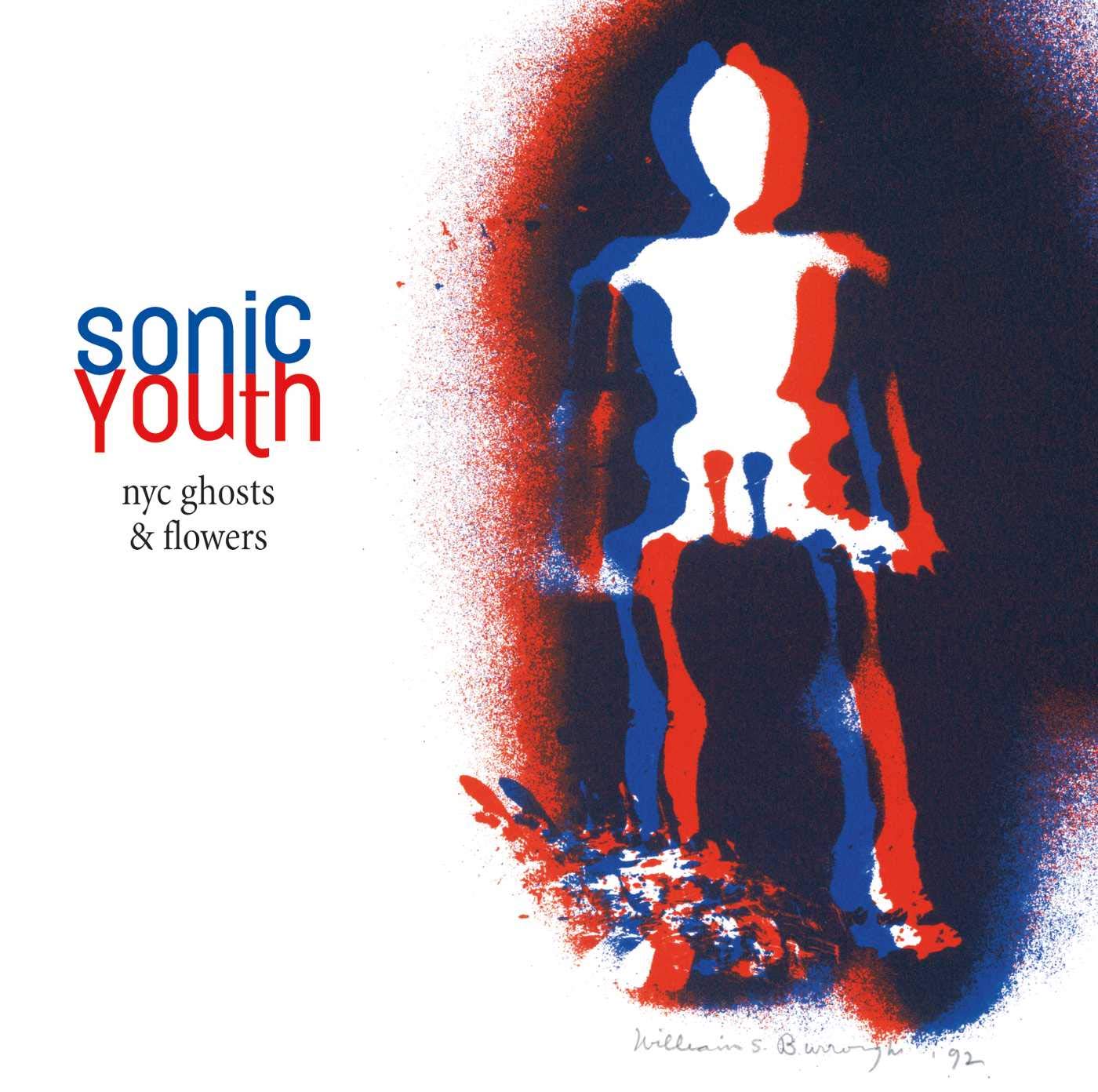 The legacy of NYC Ghosts & Flowers is more remembered today than the actual album’s content. Originally released in spring 2000, the experimental record from Sonic Youth was critically panned for being self-indulgent, and was notoriously ripped to shreds in the infamous Pitchfork review where Brent DiCrescenzo runs a train on the band’s egos. DiCrescenzo hits the classic noise rockers with everything; he compares them to the Bloodhound Gang, mocks their age, relevancy, and influence, compares the album to another misunderstood odyssey Metal Machine Music and ultimately awards the album the rare 0.0.

Pitchfork wasn’t the only publication to dismiss the album – today many consider NYC Ghosts & Flowers to be the worst Sonic Youth album period. It contains no singles so therefore it charted poorly. Prior to disbanding officially in 2011, the band hadn’t played anything from the album live since 2002. The band-curated playlist on Spotify contains no songs from the album. It’s as if it never even existed to anyone ever. In 2013 though, Mr. Zero DiCrescenzo admitted that he loved the album now, and admitted to being an angst-ridden college kid speaking out of his ass. Metacritic gives the album a 66, the lowest from the band, and Album of the Year’s users give it a 63 – also the band’s lowest performance on the site. This kind of hatred and dismissal must mean that NYC Ghosts & Flowers is unquestionably the greatest disaster of the 21st century, right?

Wrong. NYC Ghosts & Flowers may not see Sonic Youth at their catchiest or hookiest – that was all still to come in their third and arguably best era – but to get to the next stage of their careers the band had to do this album. A direct response to having their priceless gear stolen, the band entered the studio in July 1999 to record their most divisive record to date. This was a huge undertaking too, considering the comfortability a musician feels with their instrument, they now had to pivot to new feels and adopt them to their style. Over the years since their breakthrough 1988 opus Daydream Nation the band had built foundation on their sound, and the equipment stolen acted as relics to that era.

But what NYC Ghosts & Flowers created is more important, thus making the album’s creation and release a necessary step to achieving the immaculate triple threat run of Murray St., Sonic Nurse and Rather Ripped. Unfavorably compared to Lou Reed’s aforementioned Metal Machine Music, NYC Ghosts & Flowers couldn’t be further from it. Whereas Reed’s was an hour long noise challenge, Sonic Youth’s eleventh album is a testament to the band’s durability. Album opener “Free City Rhymes” starts like any other SY album of the time; an extended intro of eerie guitars that lead up to Thurston Moore plainly singing “In a free lane/ Ghosts passing time/ Heat rises/ Lights thru the town.” It’s not brutal or harsh, and marks a tremendous pivot from their previous album A Thousand Leaves, also not overly viewed favorably amongst their other ‘90s albums.

Sonic Youth were somewhat mainstream at the time, but they weren’t in leagues with the shit rock class of 2000 consuming airplay. Nothing by SY is anywhere near as vapid as Lifehouse, Three Doors Down or Papa Roach – all of which dominated the rock charts that year. At a time when rap-rock and nu-metal were all of the rage, Sonic Youth stood out as purveyors of their craft, moderately popularized by the very same publications that dismissed NYC Ghosts & Flowers. “Free City Rhymes” spirals into noise collages just as one would expect, so nothing here is all that surprising in reality. Even the album’s most popular cut “Nevermind (What Was It Anyway)” bares resemblance to almost anything from Washing Machine. And yet the pure vitriol remains, all of which appears to stem from two major factors: herd mentality and music politics.

The herd mentality can be summed up easily. It’s the same reason why Radiohead’s Kid A is considered a masterpiece by those who haven’t listened to it – because a lot of people tell them it is. Anyone with half a brain could tell you that the album is actually a masterpiece, but that’s not what’s at stake here. Art is meant to be consumed and an opinion is meant to be determined based on a personal preference. NYC Ghosts & Flowers may delve into ambient noise and experimentalist tendencies, but it’s not even as strong of a departure as Kid A was from OK Computer, or even 808s & Heartbreak was from Graduation. The perceived declaration by influencers was paramount to the performance of the album, and when all other critics fell in line the album was buried in the bargain bin.

Secondly, music politics: the usage of art as a rebuttal to something. Sonic Youth worked with the precocious Jim O’Rourke to engineer the album, and O’Rourke was no stranger to the experimental nature the band was seeking. Two years prior to joining the band, O’Rourke released an all instrumental album Bad Timing that received belated praise a decade later. For the band to tap O’Rourke for this excursion shows just how far they wanted to push themselves out of their own comfort zones. For much of their run in the ‘90s the band was playing with pop elements, cloying at some sort of fame. Experimental Jet Set, Trash and No Star was them embracing this sound as best as they could with mixed results. But firmly on the cusp of the next century the band had suffered a tremendous loss, so NYC Ghosts & Flowers acts as their own personal rebellion to their ‘90s catalogue. This was taken personally by music critics and fans because it wasn’t what they (fans and critics) wanted from the band.

But when reflecting on this iconic album, its DNA can be seen in so much of what the band did after and are still doing today. Kim Gordon’s work with Bill Nace as Body/Head is an extension of elements utilized on the instrumental passages of songs like “Lightnin’” and Moore’s most recent solo record By the Fire has multiple deviations in the pop script that bear a striking resemblance to outros on “StreamXSonik Subway.” All of these albums are more revered than NYC Ghosts & Flowers despite being influenced by it. The unfair judgement on the album will live on longer than the album will unfortunately. Seen as a misfire with a personal vendetta against the music business, NYC Ghosts & Flowers will never get its reputation polished.

Unfortunately politics and herd mentality will prevent new listeners from trying. But for those willing to take a leap of faith on an album of unpredictability will find NYC Ghosts & Flowers full of poetic experimentation. Sure, the spoken prose by Lee Ranaldo on the title track can be a little kooky, like when he says “Hey did any of you freaks remember Lenny?” and “Some famous stars were busted down on fashion avenue.” Ranaldo’s beat-poetry aside, the guitar work from him and Moore is truly hypnotic, and Kim Gordon’s raspy vocals are always a joy to hear no matter what she’s singing.

Much of NYC Ghosts & Flowers should be interrupted as a labor of love from a band who have worked so closely for two decades. Multiple tracks like “Renegade Princess” and “Small Flowers Crack Concrete” find Ranaldo, Gordon and Moore all harmonizing vocals together – a rarity for the band since much of their career it was one of them taking the lead. This mutual respect would carry over and rejuvenate the band for their 2000s run. Even if this album doesn’t compare to their classics, it’s an important entry in their discography and paved the way for their resurgence. All of those who mocked NYC Ghosts & Flowers ate their words two years later with Murray St. which garnered the band their best response since Daydream Nation.

Giving themselves the empty canvas to repaint and reorganize their message was exactly what Sonic Youth needed to carry themselves into the new millennium. As despised as this album was at the time, the band still emerged unscathed and with a slew of new ideas and energy. Without NYC Ghosts & Flowers who knows what would have happened to them. Maybe the eventual breakup would have happened sooner or maybe not at all. And what if the album had been a critical success? Maybe we wouldn’t have Sonic Nurse. Love it or hate it: NYC Ghosts & Flowers revitalized one of America’s best and most beloved rock bands. For that, it deserves more love than it’s gotten.