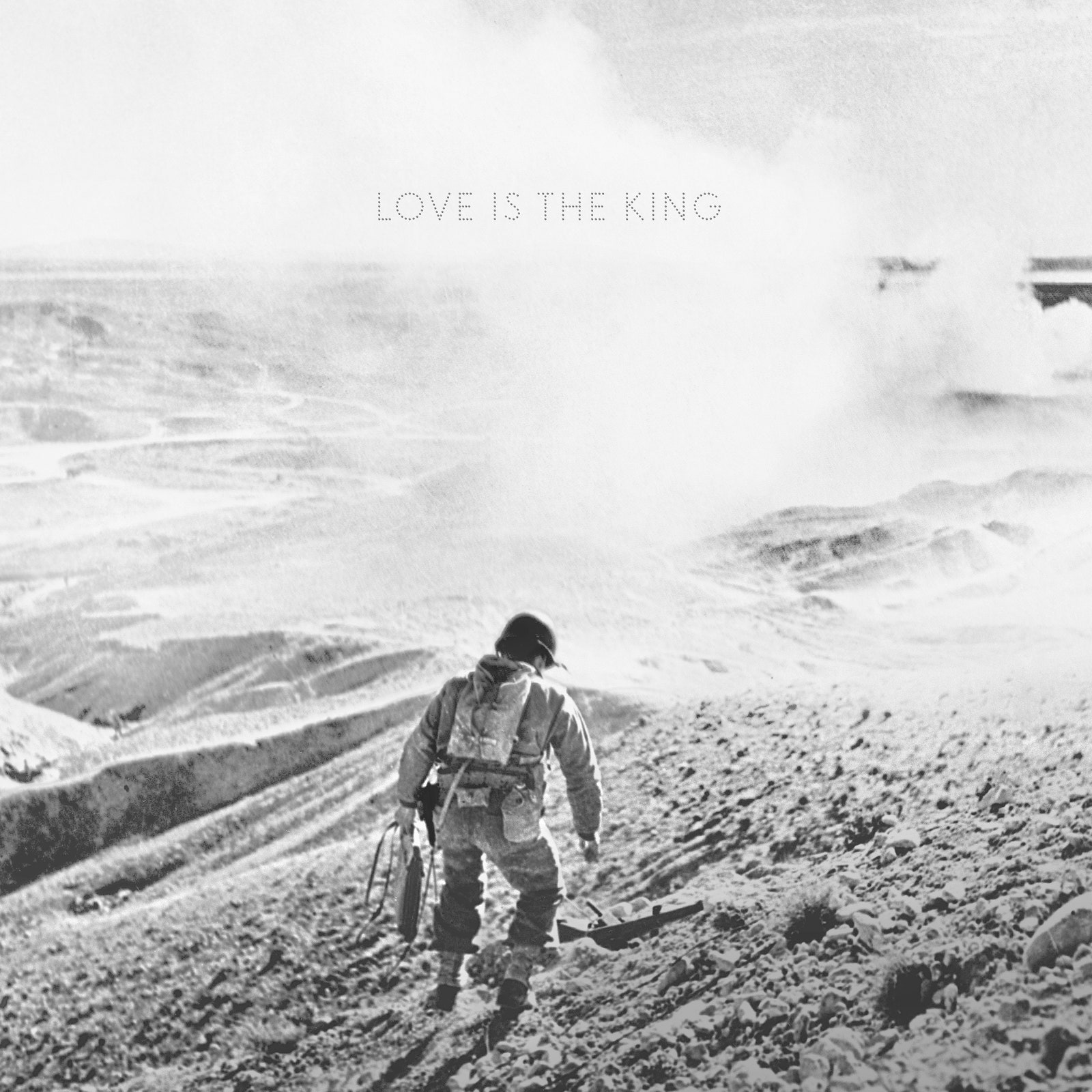 By this point in 2020, pandemic fatigue might have a corollary: pandemic music fatigue. Every album seems to respond to its time, be a product of its time, transcend its time, whatever. Jeff Tweedy, at least on his latest record, sounds largely unaffected by the lockdown. He seems to have stuck to a somewhat regular writing and recording pattern, this time with his sons Spencer and Sammy. The resulting album Love Is the King finds comfort in its titular concept. With its freeing softness and lack of pandemic response, it (maybe ironically) suits the time well.

With just a background listen, Love Is the King might come across as a little too relaxing. Tweedy stays in folk rock mode, with gentle melodies and largely positive thoughts about love and relationships. The opening title track seems to drift without enough of a hook or a catch to really hang on to. Like the album as a whole, though, it contains surprises. Midway through the track, Tweedy starts an electric guitar part that has as much to say as his vocals do. He turns it into a complete statement, eventually settling back into the folk sounds that started the piece.

Much of the album works that way. Tweedy digs up old folk and country rock approaches (A.M. might be a touch point, though the album doesn’t especially sound like Wilco or Uncle Tupelo) and gives each song just enough uniqueness to keep any of them from receding into the background. It makes for an oddity as an album. Played low, it sounds like nice alt-background music; turned up and tuned into, it sounds like something worth the volume and attention.

And it is. “Gwendolyn” offers the sort of complex look at connection that the easygoing false surface might hide. The first few lines suggest a simple song about being sad in separation. Then Tweedy gets to details: “When Gwendolyn, when she starts to speak / To a county police with a plastic cup between her teeth.” Suddenly neither the song nor the characters are a straightforward as expected. Tweedy finds some relief, compares the sun to both a trombone and a piece of toast and heads for home, living us as conflicted as his singer.

In these little vignettes, he explores places worth going to, and he’s fine if they feel more comfortable than “Gwendolyn.” “Guess Again” enjoys its familiarity and the song’s refrain only serves to point us to where we’d been expecting to look all along. “Half-Asleep” closes out the album with a pleased embrace of a long-term relationship, something that feels both significant and casual by the end of the disc. It’s the less comfortable moments that make the album, though, as when Tweedy captures a touch of his wife’s faith on “Even I Can See” and manages to glimpse her god. It makes for a tender moment and contributes more to settling in than to epiphanic disturbance, which in itself contributes to the album’s vision of the compelling within the comfortable. Tweedy sounds more at ease on this album than he almost ever has, and he conveys that feeling in a way worth noticing.

The Hole: by Hiroko Oyamada (Translated by David Boyd)