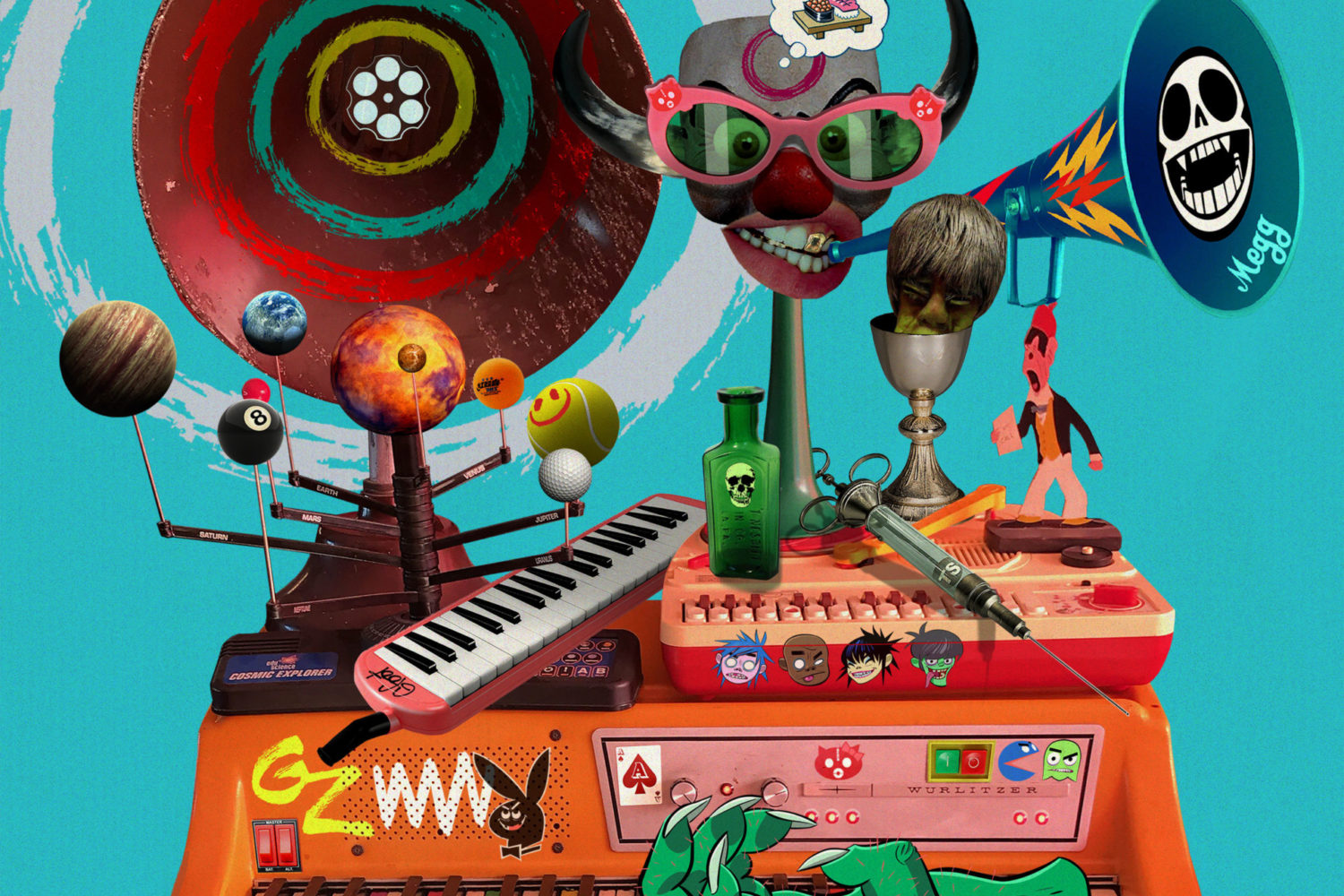 Gorillaz stumbled out of the gate after their seven year post-Plastic Beach hiatus. 2017’s Humanz was bloated with clumsy features and poor songwriting, and the following year’s The Now Now was forgettable save for a couple quirky singles and a glorious music video featuring Jack Black. Damon Albarn’s genre blending multimedia project, once an alternative icon, was in desperate need of a reboot.

In many ways, Song Machine is that reboot. Over half of the songs on Season One: Strange Timez were released as individual “episodes” throughout the year, accompanied by music videos and “Machine Bitez” of our virtual friends 2-D, Noodle, Russel and Murdoc shooting the shit with their featured collaborators. The hilarious “Bitez” are sorely missed on the final album, but Gorillaz have gifted us with certifiable jams month after month, and the previously unreleased half of Strange Timez is just as fun.

The album kicks off with “Strange Timez,” a spacey twist on ’80s new wave featuring wonky production and The Cure’s Robert Smith at his most theatrical. A brooding intro just shy of two minutes long sees Smith and 2-D trading verses as it builds to an epic drop complete with computerized xylophones, screeching synths and a steady dance beat that carries over to “The Valley of the Pagans.” On the record’s second track, an almost disco synth melody supports a perfectly executed feature of Beck, who hasn’t sounded this groovy since his Midnite Vultures days. The song never lets up, threatening to spin out of control on multiple occasions with a flurrying electric guitar line as Beck chants “alright, alright, alright” and “every single fucking day-ay-ay-ay.”

Slow jam “The Lost Chord” features more stunning production and Leee John soulfully crooning “I wanna be free” before leading into album highlight “Pac-Man.” Gorillaz fans rejoice: The Demon Dayz funk is back. Psychedelic flairs back 2-D repeating “stressin’ out” as quirky electronic effects transport us into a Gorillaz-themed video game. The fun and games of the song’s first half descend into a moodier part two with a furious verse from ScHoolboy Q. “My type of drive, you can’t buy this shit/ You got a heart but it don’t beat like this,” spits Q before he virtually switches characters to deliver a reflective second verse over a smooth outro.

The pop-oriented “Chalk Tablet Towers” is perhaps the only forgettable track here with a muddled St. Vincent feature, but things get back on track with “The Pink Phantom.” A well-needed breather at the album’s mid-point, “Phantom” features a wonderfully melodramatic chorus from none other than Sir Elton John, who belts “I’ll be waiting for you on the other side” over a tender piano line. Meanwhile, 6lack’s auto-tuned verses have split the Gorillaz fanbase, but his lament “I tried to tell you that I love you but I’m choked up” has surprising heart, and the three singers work together seamlessly for a moving outro.

Legendary New Order bassist Peter Hook joins the Gorillaz crew on the stadium-filling “Aries.” This might as well be a New Order song featuring 2-D, but Gorillaz pull off the sound so well that it’s hard to complain. Song Machine’s harshest transition follows, leading to the subtle but sweet “Friday 13th,” which features a twinkling piano line and a groggy Octavian singing “I been drinkin’ and smokin’ too much, that shit damages” over some Kid Cudi-esque “woahs.” In fact, the whole song feels like staying in bed on a sunny Sunday morning, 2-D singing, “It’s a beautiful day.”

Season One’s penultimate track – not counting the deluxe edition’s equally feature heavy bonus tracks – stands next to “Pac-Man” as one of the album’s best. With gorgeous production, cinematic strings, and a passionate chorus from Fatouma Diawara, “Désolé” shines as another alt-rock staple to add to Gorillaz’ iconic resume. Finally, Song Machine’s whirlwind of a first season closes with the lighthearted “Momentary Bliss,” a boisterous Ramones tribute featuring rapper Slowthai and punk rockers Slaves.

Song Machine, Season One: Strange Timez joins Demon Dayz and Plastic Beach as an essential Gorillaz album. Sure, Song Machine’s vast range of styles makes for a jarring listen from front to back, not least of all due to the album’s episodic release structure, but nearly every song here is exhilarating in its fantastic production and ability to bring the best out of its features. Gorillaz are back for real this time, and season two can’t come soon enough.