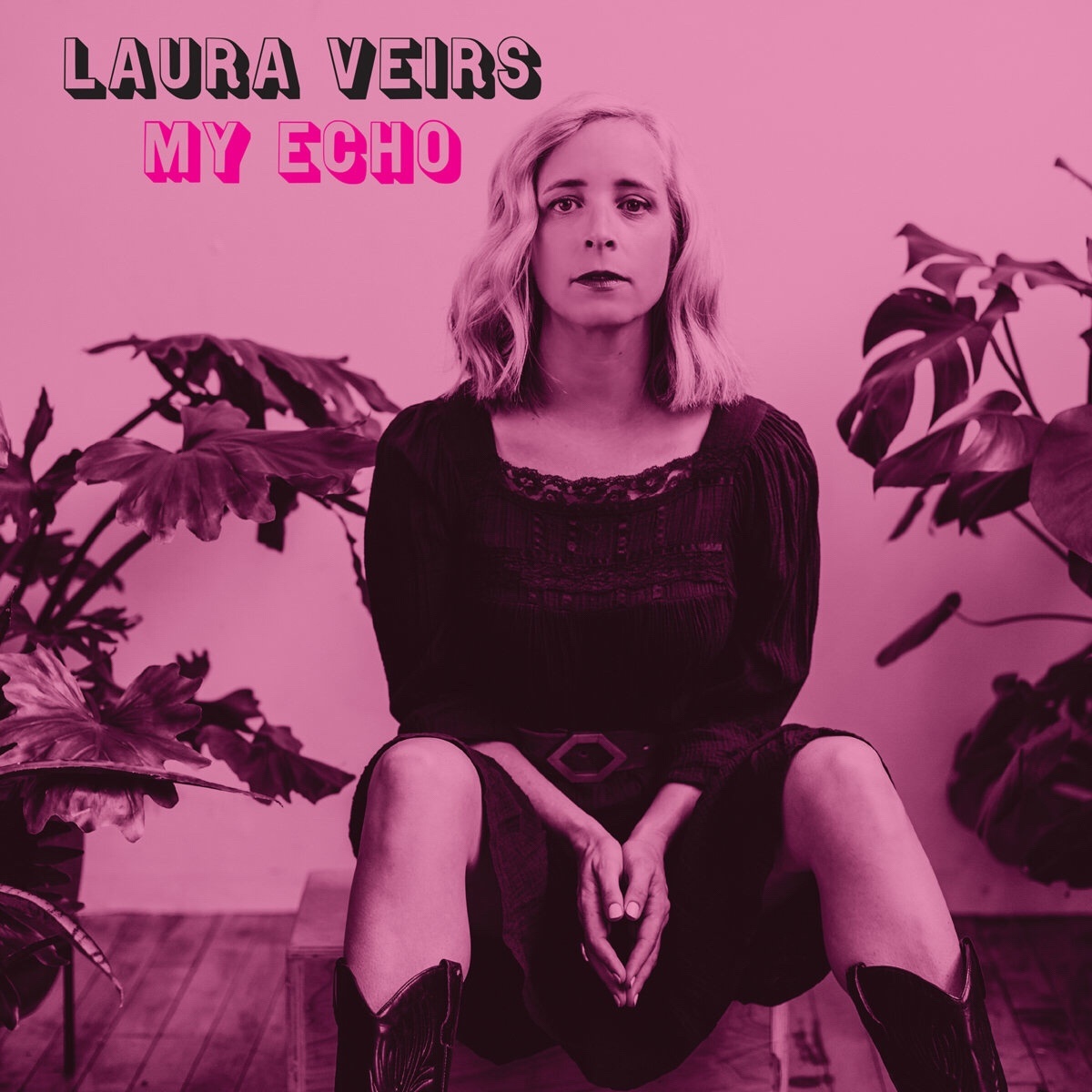 It was halfway through recording her 11th solo album that Laura Veirs realized she was going to separate from her husband and producer Tucker Martine. Similar circumstances produced the confessional, acrimonious Rumours by Fleetwood Mac and The Visitors by ABBA but anyone expecting a kindred emotional outpouring on My Echo will be disappointed. If there was any domestic antagonism in the studio it’s not obvious from these ten concise tracks, which sound as pristine and vocally cool as anything the Portland-based musician has released in recent years.

A former geology student, she brings an almost forensic approach to the lyrical subject matter. Many of the chamber folk and alt-country songs started life as poems she wrote as part of a Secret Poetry Group. These carry allusions to the confines of domesticity and the ephemeral nature of life, which has led her to claim that, “my songs knew I was getting divorced before I did.”

Personal details are nonetheless kept brief. “Turquoise Walls” hints at suspicions of marital infidelity as she confesses over breezy guitar, “I could not sleep / thinking you were keeping someone else’s pillow warm.” The domestic reality of the relationship’s dissolution is reduced to “going through our ephemera / backstage passes to MMJ” on closing track “Vapor Trails.” A duet with Jim James of My Morning Jacket, the fragility of her high voice and shimmering instrumentation belies a lyrical steeliness that brings final acceptance.

The transience of life, and the need to embrace change, is a recurring theme throughout. Rather than airing her dirty laundry in public she fills the album with vivid poetic imagery that recalls Mary Oliver in its mindfulness. She presents separation as an opportunity for re-birth and rediscovery of the self as she realises on “Freedom Feeling” that liberation has, “been here the whole time / in my mind.” The knowledge is accompanied by a growing swell of instrumentation, as the voice and guitar that opens the track are joined by baroque strings.

It’s this mindful, therapeutic philosophy that she brings to “Burn Too Bright.” Dedicated to musician and producer Richard Swift, who died in 2018, it’s the most full-throttle track on the album. A warm burr of indie-pop she asks him, “Who were you running from?” and then quickly replies, “It was yourself all right.” It’s a response that could be directed to herself and her crumbling relationship as easily as to Swift.

The letting go brings a lightness to the album, even when the tracks are touched by melancholy. “All the Things” has a breezy country strum as she perceives, “all the things I cannot hold / I cannot save.” The bossa nova “Another Space and Time” brings saxophone and glitchy electronics to the understanding that, “we found peace of mind.” The beautiful “End Times”, which finds her alone at the piano, has a sense of destiny even when “the Earth cracks in two / and we fall out into space.”

Yet for all of this soul searching the album rarely pushes musical expectations, My Echo is exactly what people would expect from Laura Veirs. This isn’t necessarily a bad thing, but if she can apply a similar approach to her arrangements and bring in a new producer she could truly enjoy a late career renaissance.

A 40-minute exercise in personal growth and taking back control. …