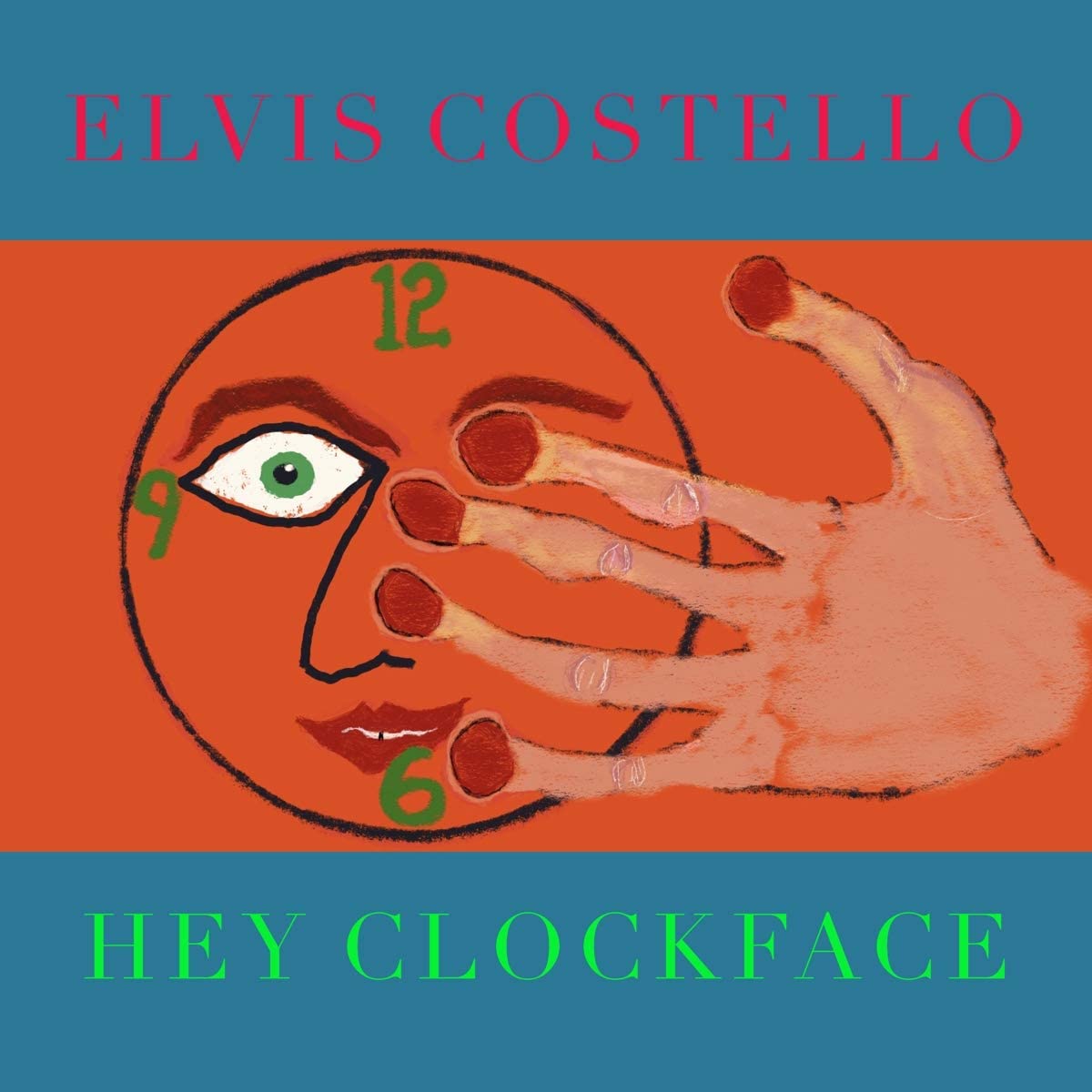 Elvis Costello was one of the original punks, or so we thought. His musical DNA is all over the place. His dad was a music hall singer. And over the years Costello has played around with an incredible array of musical forms. Still, it’s hard to find the proper light to view Hey Clockface.

Costello started Hey Clockface back in early March, recording three songs solo in Helsinki before heading to Paris to reunite with Steve Nieve and his hand-picked ensemble, that Costello aptly named, “le Quintette Saint Germain.” Another two tracks ended up being recorded during the quarantine in New York, with remote contributions by Bill Frisell, Nels Cline and Michael Leonhart.

The album begins with spoken word piece “Revolution #49.” All Eastern scales and bowed strings, the framework is considerably different than we are used to from Costello. Impassionedly he exclaims, “Love is the one thing we can save.” Yet can we or are we already too far down the rabbit hole of time?

The take no prisoners Costello appears on “No Flag.” One of the Helsinki solo tracks, it offers more than a glimpse of the angry man who didn’t want to go to Chelsea. The guitar is raunchy, and Elvis is raging. “I got no religion/ I got no philosophy/ Got a head full of ideas/ and words that don’t seem to belong to me.” It’s a kick in the teeth just like the Elvis of old, spouting bile. It gets even better when he sings, “No God for the damn that I don’t give.”

But just as quickly as it appears, that version of Elvis goes away, replaced with several more restrained iterations of Declan McManus. “They’re Not Laughing at Me Now” is a more laid-back acoustic animal. One of the things that is missing though is the biting guitar. Laid down during a weekend in Paris, Costello said, “We cut nine songs in two days. We spoke very little. Almost everything the musicians played was a spontaneous response to the song I was singing.”

It’s an approach that works within certain parameters. “I Do (Zula’s Song)” works marvelously with le Quintette wringing out all the emotion that that they can, yet the song “Hey Clockface” is a misstep of gigantic proportions. It’s earnest as hell, but the feeling is that it’s more of a song that his dad, Ross, would have sung with the big band. It’s cocktail jazz that swing but it doesn’t seem to fit in with any of the other material.

Another solo recording from Helsinki, “Hetty O’Hara Confidential” has some of the fire, but the rap isn’t enough to really save it from the weight of its intentions. Backing that up with the tender ballad “The Last Confession of Vivian Whip” only highlights the disc’s essential problem. It simply doesn’t know what it wants to be.

Restless and irascible, Elvis Costello continues to put out new music at a time when many of his generation would be content to sit on the sidelines and savor past glories. Hey Clockface is unquestionably one of his lesser works. Yet when it works, it works brilliantly.