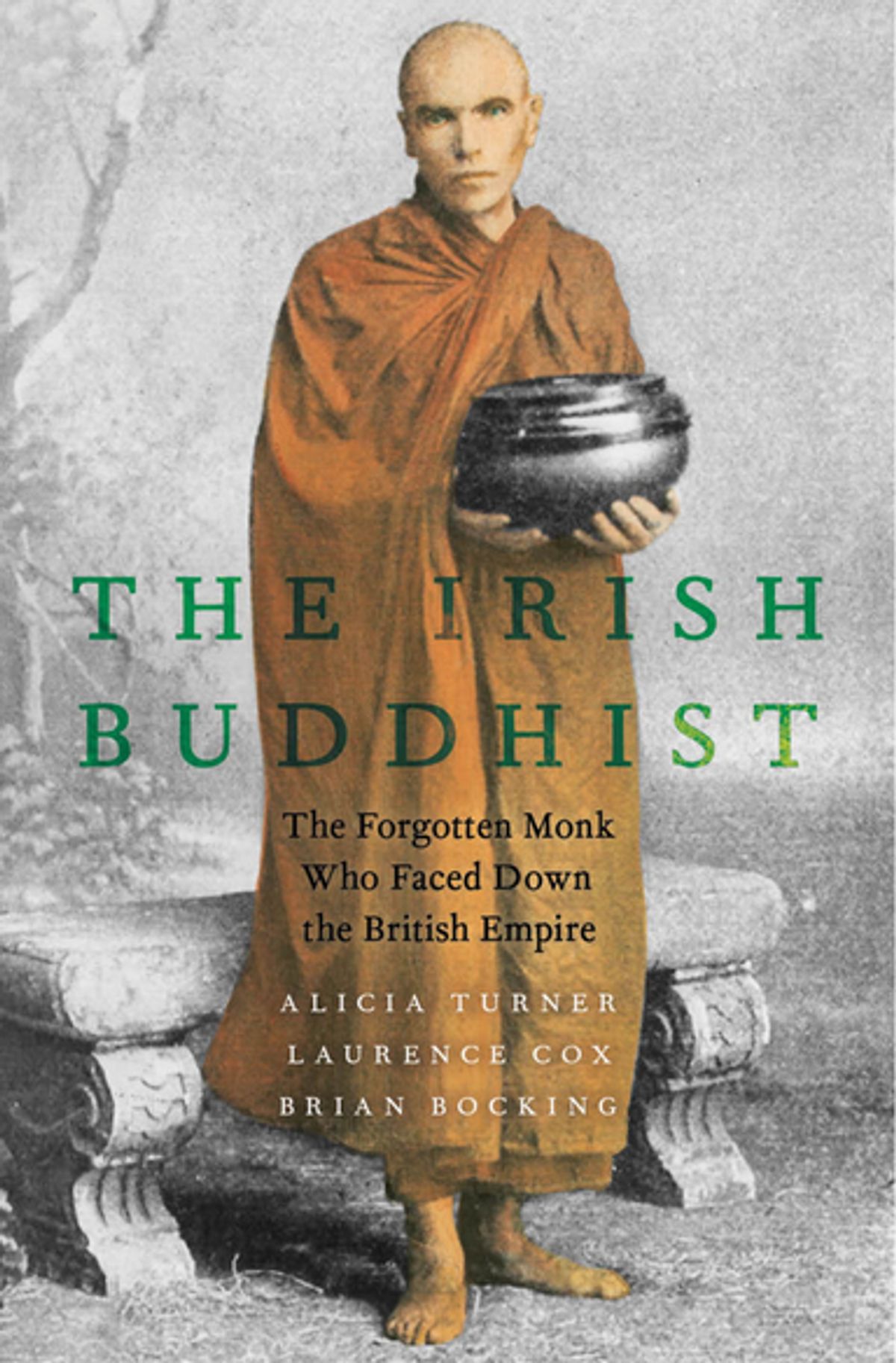 When British colonizers learned about the religion of India, they found that the subcontinent’s natives had no name for their practices; they simply did what their people had done since time immemorial. Given the predilection Westerners had in an age determined to organize and categorize all discoveries, Europeans called that congeries of beliefs and practices Hinduism. Sure, one of its many gods had already been known as the Buddha, and his presence had long been familiar to antiquarians and adventurers. However, it was not until around 1840 that the British scholars realized that Buddhism, as they had to call it, had been Hinduism’s flourishing offshoot. The origin story revolved around few doughty British Victorians and Edwardians, disenchanted with their nation’s Protestant default setting for prayer and worship, were among the first to take, as the Buddha phrases it, refuge in the dharma. That’s how the Empire told the story; The Irish Buddhist: The Forgotten Monk Who Faced Down the British Empire, an ambitious history in which three scholars immersed themselves for over a decade, challenges these assumptions with flair and relevance.

We owe these revelations to the common interest held by Alicia Turner, Toronto religious studies professor, Laurence Cox, specialist in social movements at Maynooth’s branch of the National University of Ireland and Brian Bocking, his Cork-based colleague. Piqued by the story of U Dhammaloka, who roamed across Asia around the turn of the last century, the trio learned of his Irish birth and his shadowy subversion against Christian missionaries. Apparently, this wandering preacher was none other than an ex-Dubliner taken to court for his dogged atheism.

Which in turn reminds readers that faith itself preaches no creator-god, no eternal force. Even if the Buddha himself inevitably became an idol to be worshiped, and in many realms one ruling over his own heavens and hells full of deities, that religion, in the message of a pilgrim who went by the moniker William Colvin, rejected theism. That emigre apparently also was known as Larry O’Rourke and Laurence Carroll (among “at least five different aliases”), complicating an densely occluded mystery which Turner, Cox and Bocking teamed up to solve. “Utterly implausible stories about him turn to be true, while apparently straightforward accounts wither under scrutiny.”

The story of how three professors played detective demonstrates that globalized academia may unearth secret troves, their individual research converging on a remarkable character. Turner discovered him during her study of Burmese Buddhism, curious about a reference to an “Irish monk” in colonial newspapers. Cox, researching what would be the breakthrough 2013 compendium and chronicle Buddhism and Ireland, found mention of Dhammaloka in the Blue-Grass Blade, described as “a Kentucky freethinking journal.” Cox reckoned the figure a mere “sock puppet” of the Blade’s persecuted editor until he found a letter from Dhammaloka’s self-styled Buddhist Tract Society with a Rangoon postmark. Finally, Bocking had by then noticed a Moscow professor’s footnote about this same elusive figure.

In a relatively brief book, the authors expand the ken of what is a dream subject for contemporary scholars. Identity formation and the possibilities of crossing borders and definitions in the quest for personal, spiritual and political reinvention attract increasing attention. These shadowy presences of those from another language, culture and mindset who penetrate deep into a society, sometimes disguised so successfully they may pass as insiders, seem the stuff of spy novels. Indeed, The Irish Buddhist begins in 1911 as its subject is taken to court before another of his compatriots, a County Cork-born judge named Twomey who sailed off to a career in Burma, if representing the Empire rather than the rebel.

In short, almost if necessarily given the paucity or perplexity of extant verifiable evidence through anecdotal sections, The Irish Buddhist sketches the story of Dhammaloka. Born somewhere around Dublin in the 1850s, he crossed over to America and then across it as a hobo. He then made it to Japan as a sailor. “He was already a self-educated radical when he took higher ordination as a Buddhist monk in Rangoon” in 1900. So his rejection of Christianity and his own identification, imposed one assumes in his estimation, of European “racial” and British colonial “boundaries” appears firm. He organized Buddhists in not only Burma but today’s Thailand, Singapore, Malaysia and Sri Lanka. Furthermore, he left his mark in India, Japan and Australia, as well as, the authors aver, “perhaps Cambodia and China,” not to mention achieving “minor celebrity in the global media, as well as in Asian politics.” He built alliances among merchants, laity, monks, migrant workers and “poor whites.” He represents in miniature the major trends which “shaped the period of high colonialism” in Asia, agitating or charming, depending on the witness.

After generations of admiring great figures once acclaimed (and now subject to denigration), we see around us the upending and unpredictable efforts of committed advocates for fresh causes. Academics and advocates promote activists praised by today’s shifting standards. As students or audiences, neighbors or naysayers, sympathizers or criticizers, we watch and learn as the traditional trajectories of ideological and political exchange get blurred. Soundbites and tweets plot patterns of unrest or resistance as intricately delineated as global power-networks which whomever the character we now know as Dhammaloka subverted, inverted and turned into tangles. The man of the past interweaves his own meandering itinerary across four continents during a dramatic, determined trek— until his tracks vanish, fittingly if frustratingly, after 1913. The authors speculate how far “going native” might have taken their monk. They keep one wondering about his “genius for combining self-publicity with avoiding self-incrimination.” The efforts of three experts and 10 years still leave us unsure.

The Irish Buddhist is a thoughtfully woven tale of a character long relegated to history’s margins. Dhammaloka’s teetotaling, working-class Irish anti-authoritarian defiance of expectations resonates as surveillance ensnares us, and we seek to elude monitors and invent identities for our practical and ideological survival.