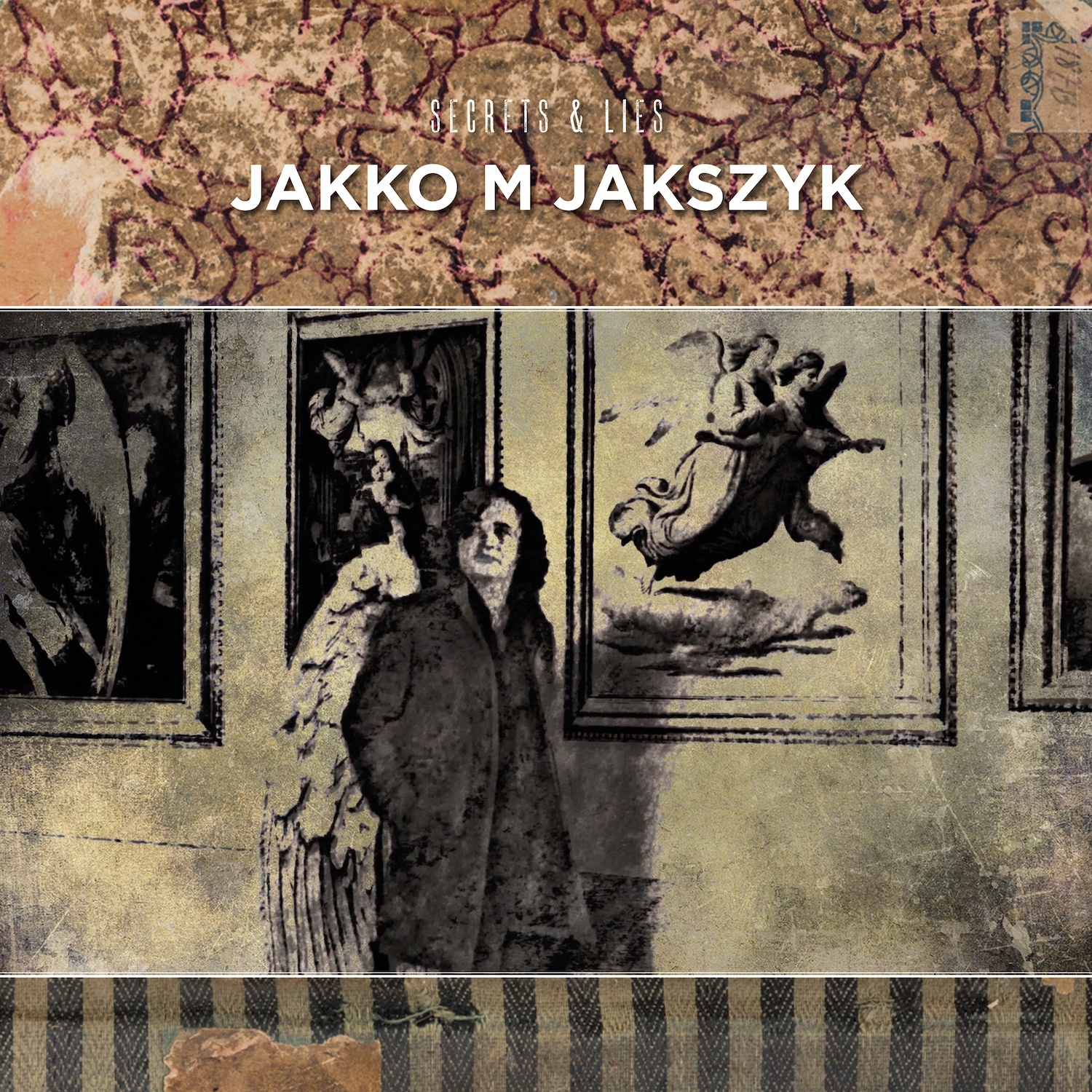 Jakko M. Jakszyk is a hard man to figure out, and his latest solo album Secrets & Lies is equally difficult to decipher, largely because he meets expectations in decidedly unexpected ways. No one would ever have expected a Stiff Records recording artist to end up in King Crimson, yet in 1983 Jakszyk released some surprisingly good progressive rock on the decidedly unprogressive label. He has had a habit of replacing all-star guitarists, filling the Level 42 chair after the departure of Allan Holdsworth and spending a week in the Kinks, to say nothing of serving as Adrian Belew’s replacement in King Crimson.

Secrets & Lies has its own set of surprises. Opener “Before I Met You” is filled with muscle, with Crimson bandmate Gavin Harrison holding down the drum chair while Mark King plays the bass. Lyrically based on the Julian Barnes novel, Before She Met Me, it tells a story of “virtual adultery,” and musically it seems to have spent time sleeping with Jakszyk’s current band. While there are Frippian tones, none are actually contributed by Robert.

Tony Levin’s fretless bass gives warmth and beauty to “The Trouble With Angels.” Merging with Jakszyk’s guitar it offers a gentle counterpoint to the previous track, and Harrison’s drumming moves the piece forward softly and subtly. Jakszyk’s daughter Amber provides angelic harmonies to a piece as beautiful as one would ever want.

Hatfield and the North was a legendary Canterbury band from the ‘70s, and their sense of humor and harmonic beauty is referenced on “The Rotters Club Is Closing Down,” a tribute to their drummer Pip Pyle. Amidst touching guitar that in places sounds like something off of David Crosby’s first solo album, the song hints at the lyrics that made the Hatfield legendary: So now who’ll take the jokes too far/ Who’ll search in vain for that missing bar?”

Back in the late ‘80s, Jakszyk was a member of Dizrhythmia, which featured Gavin Harrison, double bassist Danny Thompson and classical Indian singer and percussionist Pandit Dinesh. “Secrets, Lies & Broken Memories” is based on the changes from that group’s “Secrets and Lies,” while Nigel Hopkins provides orchestral arrangements for a “Mockestra” that provides “the impression of an orchestral feel,” as Jakszyk describes it, “in an infinitely more convincing manner.”

Featuring Harrison and Levin, along with opening and closing Frippertronic fretwork from Robert Fripp, “Under Lock & Key” explores the world and the way it might be if certain actions hadn’t occurred. Chance meetings can and have changed so many things. Without those influences the world becomes a very different place. This ballad offers hints at parallel universes, suggesting what might or might not be today.

Two of the album’s most stunning moments appear on “The Borders We Traded” and “Trading Borders.” The first is a largely a cappella track with the exception of some percussion by Harrison. Dealing with the emotions at the heart of his relationship with his birth mother, “The Borders We Traded” explores the kind of ground many artists avoid. Resonating in a completely different way, “Trading Borders” features the acoustic piano work of Jakszyk’s daughter recorded on his iPhone. The piece forms a beautiful melancholic companion.

Finally, there is “Separation,” another track from the Crimsoid collective, an angular track with phrases that descend and ascend. Mel Collins provides doubled baritone sax on what may be the album’s most aggressive track. Hard to believe it was considered not to be a fitting addition to the Crimson canon, but those are decisions that ultimately belong to Fripp alone.

With the 51-year-old, seven headed beast that is King Crimson on hold until the pandemic’s end, Secrets & Lies provides us with a fitting substitute. It covers ground never tread before, and offers reference points to delve into the world of a man who spent time in the ultimate Crimson tribute, The 21st Century Schizoid Band, joined the real show and along the way has found ways to expand the musical world.