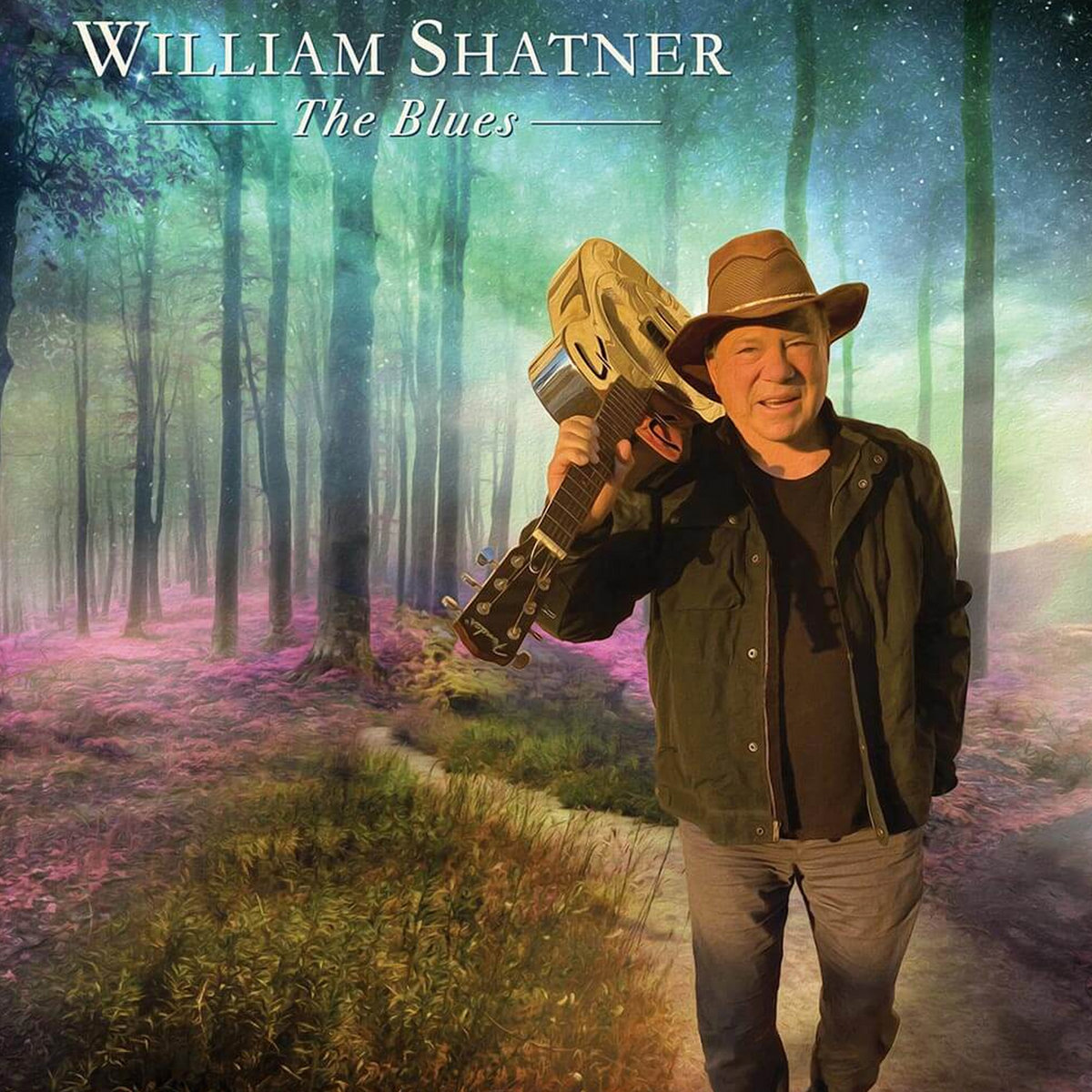 At this point, William Shatner’s musical schtick is so well-established that it’s essentially become a genre unto itself. His particular brand of overly dramatic speak-singing is beyond that of an acquired taste, something that has effectively transcended parody and become expected. Indeed, were he to ever deliver a straightforward album of any kind, there would likely be a great deal of backlash from those who’ve become so enamored of his time-tested (and well-trod) aesthetic. In other words, The Blues is yet another album of Shatner doing his Shatner thing (Is it musical comedy? Self-parody? The work of someone who genuinely does not give a shit and will do whatever he wants?), this time applying it to, well, as the title would have it, the blues.

The idea of Shatner doing the blues isn’t exactly too far afield given the genre’s roots in a kind of speak-sing approach that allowed just about anyone with anything to say within the idiom to do so. And while the end result is as over-the-top as one might expect of an album of this nature (i.e., a Shatner record), it’s not necessarily an outright failure. If anything, it offers a fine showcase for a number of extremely talented guitar players to do their thing. So much so that it plays more like a compilation of guitarists influenced by the blues with Shatner sitting in for comedic effect to do his thing.

His read of “I Can’t Quit You Babe” is so ridiculously, absurdly over-the-top as to almost be effective in conveying the underlying sadness and inability to cope with reality which the lyrics themselves evoke. Similarly, “Mannish Boy” benefits from his phlegmatic delivery and attempt at singing; had he done a straight read of these tunes, his aged voice would actually be well-suited to the arrangements. Growling his way through with a handful of increasingly strange asides, “Mannish Boy” could’ve seen Shatner venturing into Howlin’ Wolf territory had he managed to keep the audible smirk in check. But then, as stated above, it wouldn’t be a “William Shatner” album had he endeavored to actually sing these tunes rather than perform them.

“Sunshine of Your Love” finds him going full Shatner, the lyrical recitation given a dramatic read that is as ridiculous as anything else he’s ever done on record. Yet it’s these types of performances that ensure he will continue to have a recording career, the end result so brazenly bizarre and existing within a world of its own that any hatred or vitriol directed at the finished product would only seem to fuel the creative fires. In effect, there is no stopping the Shatner machine as it wends its way through the pop music landscape, for better or worse, crafting a body of work that is often too strange for words to properly do justice.

To be sure, it’s not to be taken seriously; that ship has long since sailed. The best approach, then, is to simply embrace the emboldened individualism and idiosyncratic nature of Shatner’s performances and just go with the flow (or not, depending on your tolerance for such things). He’s gonna keep at it regardless of what any critical voice might have to say, so why not come to it on its own terms and accept the surreality of William Shatner’s dramatic reading of the blues. Though, goddamn, “The Thrill Is Gone” is pretty laughable, even by Shatner standards (check the creepy-ass outro vocal improv and the unsettling stalker vibe). Same holds true for his semi-political ad libs on “Let’s Work Together.” It’s all just so strange and ridiculous that it virtually transcends any sort of critical analysis and instead has to be heard to be believed (or not, if you’d rather not have to sit through 50-odd (emphasis on the odd) minutes of Shatner-fied blues).

It should go without saying, then, that blues purists should stay as far away from this record as humanly possible so as not to have their perception of these standards forever tarnished. In fact, the only ones who would benefit from giving The Blues the time of day will be fans of cringe comedy or maybe somebody who hasn’t quite yet fallen into the existential abyss afforded by this year. If there is some Venn diagram in which these individuals are also fans of great guitar players and playing (Sonny Landreth, Ritchie Blackmore, James Burton and Albert Lee, to name but four of those inexplicably lending their talents), well then, all the better.

Given the overall surreality and generally horrendous nature of 2020, The Blues may well be the perfect album for this dumpster fire of a year; if not the blues album we might necessarily have wanted, then certainly the one we nonetheless deserve. Let’s work together, indeed, Bill. Is it brilliant? Terrible? Hilarious? Sacrilegious? Or perhaps some unholy combination therein? Who knows anymore, really.